Review: The Devil All The Time explores the root of good ol' American evil 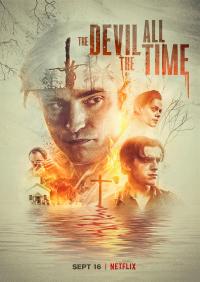 Ahh Friday night, another week from hell over, time to unwind with a movie. And what's this - a new one starring Spider-Man, Bucky from Avengers, and the latest Batman? What is it, some sort of Marvel/DC crossover? And it's got the word 'devil' in the title too? Sounds like a recipe for some exciting spooky comic book action! I don't see how this can possibly be an upsetting experience! Good times ahead! Get in loser, we're going to have fun!


I've always been intrigued by films that set out to be the most genre of the genre they sit within. Take Del Toro's Crimson Peak for example: if you weren't into Gothic romance stories where everyone wears Victorian clothing in haunted houses, it might pass you by as a pretty timid period ghost film with no jump scares - which indeed was the complaint at the time. But for the genre enthusiasts it was like Christmas and Halloween at once; a masterclass from one of the most accomplished directors going in the subtleties required to tick all the boxes of a true Gothic ghost story, with production design to die for, and atmosphere for miles.

But then if to excel at the expectations of a genre all you have to do is complete a predetermined checklist, with a dollar-value applied to the sets and costumes that can be scaled up depending on the prestige of those involved, and no intention of subverting the form, does that mean the end result can only ever be derivative? This is the problem facing The Devil All The Time, which sets itself up as an ambling thriller in the Southern Gothic style, with a talented cast and a suitably grim series of branching events, but never attempts to be more than any of the parts from which it is comprised. 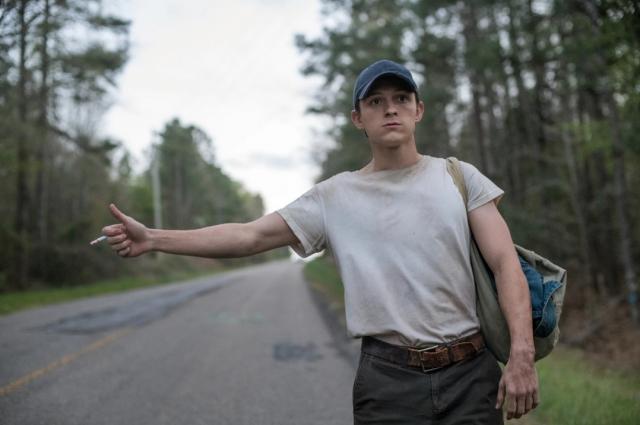 "Are you going near Disneyland?"

We follow the story of Arvin Russell (Tom Holland), an orphan who seems destined to run into tragedy at every turn. Arvin finds himself hitching across 1960s Ohio (actually filmed in Alabama for that Southern authenticity) after a violent run-in with some local bullies, and an entanglement with an abusive Reverend, Preston Teagardin (Robert Pattinson). Also criss-crossing the same highways are Carl and Sandy Henderson (Jason Clarke and Riley Keogh), a friendly enough pair who enjoy picking up hitchhikers, before having sex with them and photographing their final moments in an act of depraved murder.

Other players in this tableau of human suffering are Sebastian Stan, as a compromised sheriff with connections to Carl and Sandy, Bill Skarsgard as Arvin's father, psychologically scarred from his experiences during World War Two, and Eliza Scanlen as Arvin's step-sister, who falls foul of the Reverend Teagardin's seedy charms. It's an ensemble cast any film would kill for, but the material they've been given to work with is an unremarkable mix of clichés and tropes - polished to the hilt, yet still reflections of other examples in the genre. But then again, isn't that exactly what you want from this type of film? 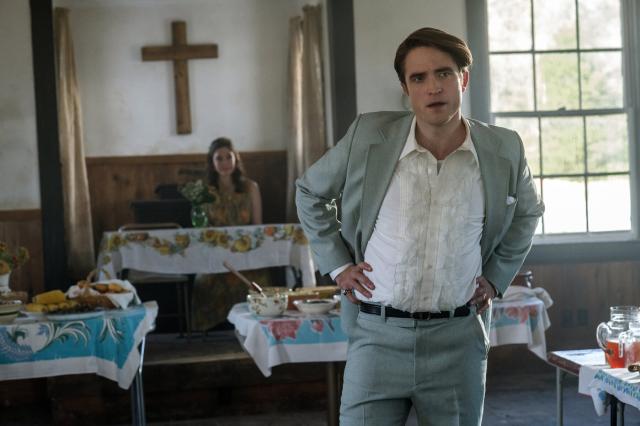 So your enjoyment may vary based on the answer to that question. Although if you enjoy any of the contents then I'd probably seek help. The unrelenting grimness does begin to grate after a while, and you wish someone would give these poor fuckers a break. There's an underlying theme of rituals - service to your country, fire and brimstone preachers, serial killing - which would sit better with some form of redemption, but the message seems to be that America is built on shady foundations, and this assembly of assorted sociopaths and psychopathic murderers is just part of a repeat cycle.

I tried to make a point about the problem with "perfect" films when talking about Inception on our podcast. The gist was that by chiselling away all the rough parts you deprive a work of any accidental character; those little blemishes that leap out and prove this was the act of a human being. While The Devil All The Time isn't aiming to be a perfect film, the same argument does apply to it's approach to genre - Holland's "aww schucks ma'am" drawls, Pattinson's sweaty hands-to-the-sky God bothering, all the women being weak homekeeper sorts. These are the most typical of archetypes, when they could have been something more than bleak comfort for misery enthusiasts.