Facebook went downhill as soon as your mum signed up. The day she arrived with her Farmville requests and then started phoning you in the middle of a work day asking why you hadn't yet taken the "Which Shoe Are You?" personality quiz, it was in decline. And not just because it was irritating when she (or it could have been your dad, I don't know your family) would wish people a happy birthday by commenting on old posts they'd made about broken dishwashers five years ago, or confusing the search bar with their status update ("Ma Suter is tesco opening times christmas thank you"). It went downhill because she, and then the rest of us by default, put weapons into the hands of people who wanted to spark a culture war and now we cannot guarantee fair elections worldwide.


Data has now overtaken oil as the world's most valuable resource, but how it got to this point is a dark and complex tale, one which The Great Hack admirably unravels. The harvesting of personal data by Cambridge Analytica without Facebook users' knowledge in order to influence their voting choices was a major worldwide scandal, and discovering just how far the tendrils spread is far beyond the sinking feeling experienced when your mum starting sending friend requests to all your work colleagues.

Recounting the scandal via the people who were on different sides of the story, it's a slick and alarming insight into how much our data is really worth. It's not so much about targeted adverts - thanks, I was thinking about buying a SodaStream, actually - but how every click can be used to manipulate you, from buying said SodaStream to voting in elections.

As the central figure in the story, New York professor David Carroll, puts it, Facebook provides "any buyer direct access to my emotional pulse". Our phones aren't really listening to us as we might suspect, but companies are making predictions about our behaviour based on data acquisition - for example, change your relationship status to "Engaged" and you'll be suddenly confronted by a slew of ads for wedding organisations based on your geographic information. Complete a fun quiz about which Sex and The City character you are, and you provide an insight into your personality traits, your likes, dislikes and political leanings for a dataset that can then be sold on to third companies without your knowledge. Not only that, by clicking on "I Agree" you also give permission for them to harvest data from all your friends on Facebook as well, even if they didn't take the quiz. Fuck you, mum. 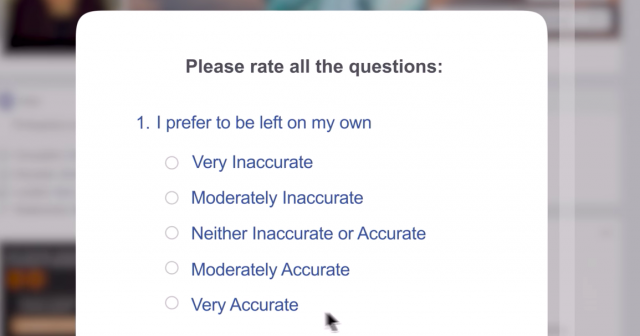 I can't wait to find out which Teletubby I am!


As Carroll subsequently found out, trying to find out exactly what companies know about you is not straightforward: suspicious that Cambridge Analytica were kind of a "psyops contractor/Dark Ops unit" he requested his own personal data file (maybe he thought he was more of a Carrie than a Miranda). Rather than complying with the legal request, they took the hit on criminal charges instead for missing the deadline and pleaded guilty for not handing it over, like any non-suspect and totally above-the-line company would do.

Also pivotal to the tale is Guardian journalist Carole Cadwalladr, who broke the story on how Cambridge Analytica were involved in political campaigns around the globe. The 2016 referendum was seen by the company as a "Petri dish" experiment to see if targeted advertising could switch voters who were on the fence to passionate advocates. Unlucky for us, it was for the Leave side, and millions of adverts - or propaganda if you want to get all technical - targeted what CA called "persuadables", exploiting fear and playing on anger with a dash of nostalgia, pushing us down the slippery slope towards the Leave win and therefore greasing Boris Johnson into being PM, so we can blame your mum for that as well.

"
"
It's difficult to know whether Kaiser is a hero, victim or villain
If this doesn't sound scary enough, then consider that this tactic of targeting people to influence their emotions and objective reasoning is the same technique used in psychological warfare, used to bring down empires and most recently in Afghanistan. If you've ever needed a good opening to that dystopian novel you've always wanted to write, there's one happening right now.

The experiment worked, and we then jump to the US, where CA worked directly with Trump's "Project Alamo" who ran over a million dollars on Facebook ads each day, targeting just 45,000 voters in swing states to nudge the giant baby to victory. Cadwalladr noticed Brexit campaigners posting pics with Trump, and discovered a connection to Breitbart owner Steve Bannon - a major investor in CA. Her source needed to corroborate the story came in the form of former CA employee Chris Wylie, a pink-haired data scientist who was prepared to blow the whistle on the company's nefarious activities.

It's as we start to get to the meat of the matter that the documentary switches to another major player, Brittany Kaiser. Just how CA were able to reprogram people's political persuasions without their realising, and more crucially, their consent, is left largely unexplained, and by jumping to different perspectives directors Karim Amer and Noujaim lose the narrative thread that has pulled you in so far. Kaiser, who started her career as an intern for the Obama administration but was then lured to the dark side, is keen to paint herself as a whistleblower, much to the tweeted chagrin of Wylie, but she is the most difficult to read. The former director of business at CA, she claimed not to have known how CA obtained the Facebook datasets but it was she who pitched to Trump's then-campaign manager and the rest is the reality of the rubbish fire we're living now. 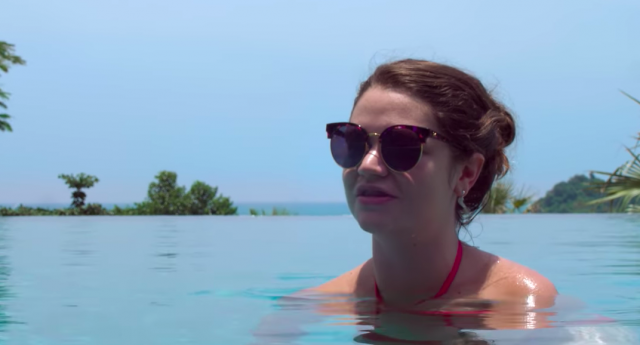 
It's difficult to know whether Kaiser is a hero, victim or villain, having only decided to collaborate with authorities after a story broke about her alleged involvement in a smear campaign in the Nigerian election in 2015. Living in self-imposed exile in Thailand, she describes how she was seduced into joining the company by its smooth-talking CEO Alexander Nix, who begged her, "Let me get you drunk and steal all your secrets". Having worked at the White House and then for human rights organisations advising on how to use data in campaigns, she eschewed her liberal ideas to get into the mindset of the people who were hiring her new company, joining the NRA, socialising with Republicans and then appeared on a Leave UK platform in the run up to the referendum. Kaiser appears at times both naive and shrewd, idealistic and manipulative, leaving it hard to really know whose side she was on. Despite recorded evidence of Nix joking about how CA ‘won' the Brexit vote, Kaiser claims she was never paid to work with Leave.EU and just pitched up at the press conference, so it's unknown just how much involvement she had. Hearing her reasons for making the choices she did is eye-opening, but hardly makes her a shining heroine.

The Great Hack is incredibly watchable, and incredibly scary. The truth, as we find out, is increasingly hard to determine and if The Great Hack ever stumbles it's that it doesn't ask too much of its subjects and struggles to land a neat through-line to follow, not asking what's going to happen next. Carroll warns of the threats posed to our basic right to live as private citizens as our online habits are aggregated and dissected but in spite of the scandal, use of social media continues to grow. It begs the question, do we really care that much about our data when it makes our lives easier? Please remember to like this article if you enjoyed it and subscribe so we can sell your data to Russian bots!

More:  Netflix  The Great Hack  David Carroll  Carole Cadwalladr  Facebook
Follow us on Twitter @The_Shiznit for more fun features, film reviews and occasional commentary on what the best type of crisps are.
We are using Patreon to cover our hosting fees. So please consider chucking a few digital pennies our way by clicking on this link. Thanks!