Review: The Haunting of Sharon Tate is ghoulish in all the wrong ways 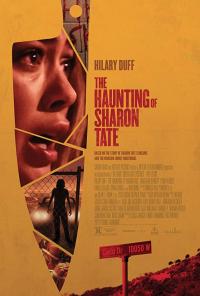 Netflix have done it again! No, they haven't offered to fund any unfinished works by long-dead directors, and that wasn't meant in any kind of congratulatory tone. I wrote about the streaming service's apparent strategy of 'Poundlanding' bigger releases to lure in curious clickers recently, and while snapping up clones of creature features is cute and keeps Stanley Tucci in work, pushing a supernatural horror based on a notoriously grisly murder that has attracted lurid sensationalism over the years - purely because it's in the news again - is a whole new level of tastelessness.


As per Ali's Rocketman review; you already know how this one goes. Except instead of ticking off a list of biopic tropes, this is a story that has become ingrained in the public consciousness over time due to the high profile of the victims and the now-infamous perpetrators, and their subsequent absorption into the myth machine at the heart of the Hollywood Dream Factory. Because there's nothing Tinseltown loves more than capitalising on the tragic death of beautiful young people.

Sharon Tate's murder occurred at the perfect time to immortalise her as a symbol of lost innocence. Her killing has become a lens through which filmmakers view the freewheeling hippyism of the 1960s, plotting it against the sinister edge of the tumultuous decade that followed. But while the various retellings in the fifty years since have focussed on the demise of Tate and her house guests, or the psychopathy of Charles Manson and his followers, most have stayed within the reams of reality.

This latest effort by writer and director Daniel Farrands - one in a slew of Tate-inspired films timed to cash-in on the anniversary of the murders - sees Hilary Duff playing the doomed starlet. Tate is said to have believed in spiritualism (or at least that image of Tate has been reinforced by the many books, films and documentaries about her), which Farrands has used to introduce a suspense element not unlike a Scream film. Why they thought this would be a good idea is anyone's guess - the one thing the Tate murder story probably didn't need is sprucing up with some spooky shenanigans and a surprise twist ending. 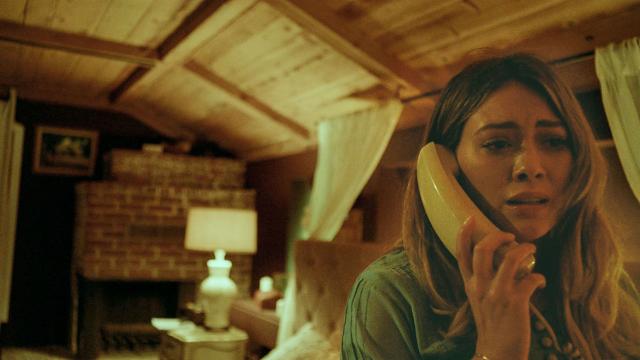 
But the curious thing about The Haunting of Sharon Tate is it's actually quite good, subject matter aside. For what Farrands lacks in awareness (it opens with a quote from Edgar Allen Poe before going all slasher), he makes up for in competence. It's clearly a well made film which had the potential to be something better - if only Farrands and Duff, who also produced, had thought for a few seconds longer and read the room. That Tate's family have already pointedly dismissed the film as "classless" and "exploitative" should say it all about any notions that it's an "incredible opportunity" to portray Tate, as Duff has stated.

To imagine ourselves in the salvage business for a moment: with a small number of changes - say, new names and a different backstory - The Haunting of Sharon Tate could have been quite an effective little horror. As a one-locationer set in an affluent neighbourhood overlooking the city below it's innately terrifying to imagine how helpless the victims were despite their wealth, which works regardless. The twist ending mentioned plays well with the spiritual element too, even poking at the possibility of a sequel or a franchise. I'd say it's a shame but the real, actual shame lies with the filmmakers and anyone profiting from the film's release.

Like I said with The Silence I'm not going to pretend I know how distribution works, but the end result is Netflix have put out (in the UK at least - it had a general release in the US) a film timed to coincide with a Quentin Tarantino film about the same murders, which is in turn timed to coincide with the 50th anniversary of the crimes. Tarantino's version - currently at Cannes - may well receive critical praise, but it can't escape the fact it relies on the voyeurism, speculation and lurid fascination associated with the sensless murder of a young woman half a century ago. It's a shame spiral all the way to the bottom of the barrel. You can make your own helter skelter jokes.

More:  Daniel Farrands  Hilary Duff  Jonathan Bennett  Lydia Hearst  Pawel Szajda  Sharon Tate  Roman Polanski
Follow us on Twitter @The_Shiznit for more fun features, film reviews and occasional commentary on what the best type of crisps are.
We are using Patreon to cover our hosting fees. So please consider chucking a few digital pennies our way by clicking on this link. Thanks!