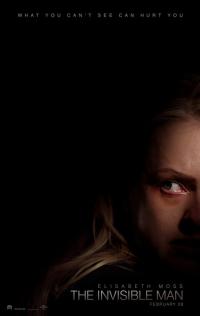 If you stop to think about it for a minute, the very idea of an invisible person raises some questions and almost all of them are: what happens when they eat or drink or bleed or, yes, shit? At what point does something external to the person start or stop being ’also invisible’? There are a couple of different cinematic approaches to the science: Memoirs Of An Invisible Man takes a cue from H. G. Wells’ original novel and shows food filling a suddenly materialised stomach before being vomited back up again, while Hollow Man just er... never really mentions it. In a similar vein to that creepy, invisible stalker movie, this new film ignores the biological questions altogether because the title character’s vanishing act is achieved with a special suit made of... optics? Cameras? It looks like it probably works a bit like the invisible car in Die Another Day. So that’s just really clear. Good, simple logic. No questions, your honour.


It’s fair to say though that this film was always going to be less concerned with the ‘invisible’ and more concerned with the ‘man’. It’s a dark thriller built around the psychological manipulation and brutal victimisation that exists in an abusive relationship. The stage is set in the opening sequence: Elisabeth Moss’ Cecilia executes an elaborate escape from Oliver Jackson-Cohen’s rich egotist Adrian in a desperate attempt to break free from his thrall. He is clearly a violent oppressor whose ‘love’ has successfully isolated Cecilia from everyone around her and crushed her confidence at the same time. It’s all so compellingly real and recognisable and relatable... and then he puts on the magic vanishing suit. 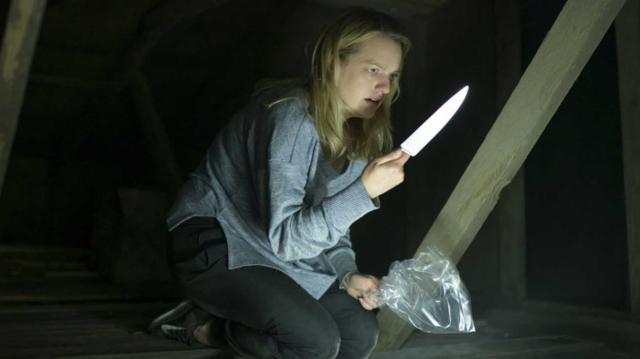 Maybe if she just closes her eyes, she would be invisible too, and then they would be able to see each other?


Of course, it doesn’t matter that, in reality, Adrian would come undone the second he had to judge his own footing on a flight of stairs. This is about control; it’s the power play of a man who gets his kicks from making his girlfriend helpless and lost. And, to that end, Elisabeth Moss sells the whole story completely, playing the strung-out, harassed victim with authenticity and commitment. It’s a performance that elevates the film above what could have easily been another schlocky horror movie that briefly shows Kevin Bacon’s penis.

Writer-director Leigh Whannell meanwhile strikes the same chord throughout, effectively lingering on empty space long enough to imply an unseen presence while only occasionally making good on it. The result is a film that layers on nerve-shredding tension scene after scene as you wait to see if there’s a violent act coming, or a subtle cushion indentation, or... nothing at all. 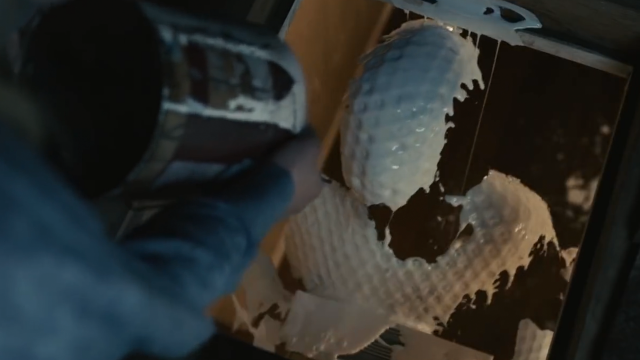 This probably isn’t anything.


In this respect, it’s something of a one-note film, but Whannell keeps the plot progressing enough along the way to keep interest levels really high throughout. There are even enough surprise turns towards the end to make this much smarter than your average cat-and-mouse stalker/slasher flick. Between this, the dark territory that the film explores in terms of abuse, and Moss’ gripping portrayal of a woman on the edge of her sanity pushing back to regain her power, this Invisible Man movie has giant invisiballs.

And you just have to ignore the questions that your brain surfaces along the way. Would a big camera suit really create total invisibility? Is it not just incredibly heavy and clunky? Should Cecilia just carry around a bucket of paint with her at all times? Surely Adrian can’t actually successfully grasp hold of anything the first time? It doesn’t matter. If you want to enjoy the engrossing personal stakes, it helps if you just accept that, just like you won’t always see the villain, the film won’t always see sense.

More:  The Invisible Man  Leigh Whannell  Elisabeth Moss
Follow us on Twitter @The_Shiznit for more fun features, film reviews and occasional commentary on what the best type of crisps are.
We are using Patreon to cover our hosting fees. So please consider chucking a few digital pennies our way by clicking on this link. Thanks!