Review: The Irishman is a slow burn deconstruction of mafioso mythos 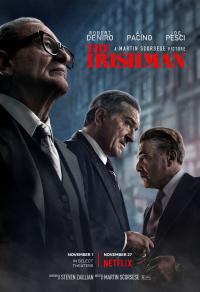 I wonder if I'll live to be old, and if so, what secrets will I have accumulated by then? I don't mean secrets like things I ate that weren't mine; more like the sort of intimate knowledge that could change the course of history, sunk so deep it weighs down the soul of even the hardest immoral criminals. I guess that's why Martin Scorsese chose to make a three-and-a-half hour film about violent mob assassins involved in some of the most shocking conspiracies the world has ever seen, and not the time I took my girlfriend's Toblerone from the fridge and denied it because I was scared.


It's been a few days since I watched The Irishman, and like most people I've agonised over the good and the not-so-good (based on what I've seen online anyway), so decided to let it settle for a bit before putting my thoughts down. It's not the sort of movie to judge on knee jerk reactions - whether from internet strangers or your own initial musings - and there's an element of wiggle room for the 'Scorsese Factor' in the rush to declare his new one an instant masterpiece/better than Casino/worse than Goodfellas/wish he was dead because of the superhero thing.

It's a lot of movie to take in, and I don't just mean the length, which at first feels self-indulgent but actually serves a vital pacing role in breaking up the world's most increasingly ominous road trip. The decades spanned, the events covered, the de-aging employed, various moral wranglings, Al Pacino trying to act himself a heart attack - they all add up to a lingering if slightly prosaic whole, that you'll probably get the most out of if you've already lived a life. But if not it's fit to grow into, like a comfy murderous slipper. 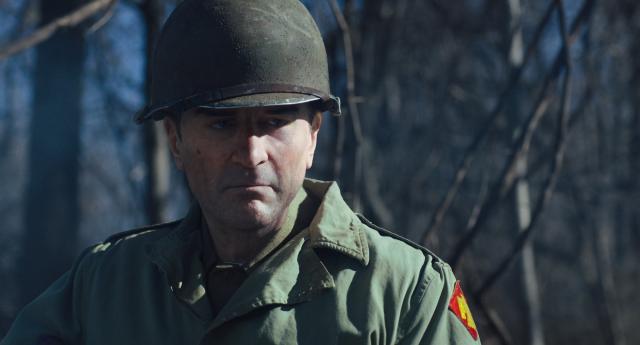 
The film is based on Charles Brandt's non-fiction confessional about the life of Frank Sheeran (played throughout various eras by a shrink-wrapped Robert De Niro), a real-life hitman who lived through many of the 20th century's most dramatic events, and sensationally claimed to have been responsible for one notorious unsolved murder in particular. The core of The Irishman isn't just a history lesson, however. Questions are prompted about actions we take that can't be undone, the dynamics that emerge from them, and ultimately our personal relationship with the past.

Most of us amble along accepting many decisions are out of our hands, but for others obsessed with power the only option is to maintain a firm course, letting nothing get in the way. But what happens when two such parties vying for control meet head-on? If the name Jimmy Hoffa rings a bell then you'll know where this is heading. If not, then Scorsese has a wry smile for you, followed by a few hours of Wikipedia by way of Punch & Judy, as the introduction of Al Pacino playing the doomed union boss puts any and all bits of scenery - and even an extra or two - in danger of a mauling.

For Frank's part in this as the film's protagonist, we find him caught between the loyalties of a mob family who accepted him despite not being of Sicilian heritage (Frank's main point of contact being Russell Bufalino - Joe Pesci, making the most of his directions to "act extremely old"), and his attachment to Hoffa. Having been stationed alongside Hoffa as a bodyguard, we watch through Frank's eyes as his stubborn charge becomes increasingly erratic as his powerbase expands, until finally he becomes a problem. Cue the mob making Frank an offer he can't refuse, to make Hoffa an offer he can't refuse.

"
"
It's a wildly uneven film, swinging between glitzy soap opera and conspiratorial thriller
44-year-old spoiler: Hoffa refused. And the rest, as they say, is history. Or Sheeran's version of events anyway. If Sheeran is to be believed then we can put to rest one of America's greatest unsolved crimes. If not then we've all been manipulated - a cruel trick if the breakdown of Sheeran's relationship with his daughter, Peggy (Anna Pacquin, with about as many lines as there are female roles), who found a less objectionable father figure in Hoffa during his visits to the Sheeran household, is actually accurate. But who knows - we're humming to Frank's song, and through some bastardised blend of loyalty, masculinity and fear his truth may differ from reality.

There are a million things you could write about The Irishman. It's a wildly uneven film, swinging between glitzy soap opera and conspiratorial thriller, like a panto version of The Great Gatsby. The editing zips around as per regular collborator Thelma Schoonmaker's signature style, but the shifting extras and props quickly make it apparent scenes have been cobbled together from multiple takes - all films do this, of course, but it should never be distracting. The de-aging is impressive, until wide shots show actors lumbering about with the grace of a hungover bear. Why they didn't use youthful lookalikes or stitch smoothed-out faces onto younger bodies is a mystery - would anyone really have cared? 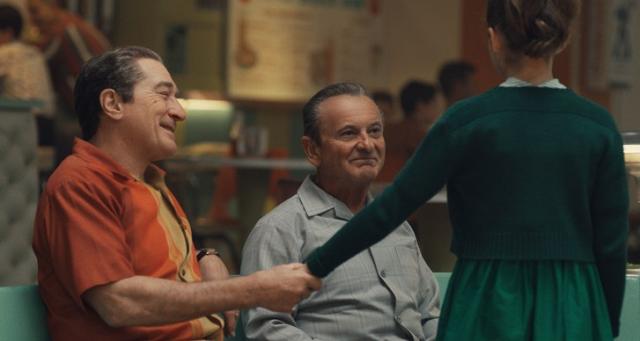 
But the main problem is with Sheeran himself. For such a well-placed figure in history, Frank's callous attitude to human life reveals him for what he really is: a useful psychopath. Hardly a complex character to explore - just full of stories and deceit. The real decisions were made by those around him, and while it's interesting to be a time-tourist via Frank, when it comes to compelling reasons to engage we're thin on the ground, and consequently the running time begins to drag. You start to wonder what this would all have looked like from Peggy's point of view in the search for a sympathetic angle.

I suspect Scorsese's reasons for bringing Brandt's book to life has something to do with the excitement of working with his most celebrated ensemble, and a fascination with the dangerous allure of the mob that has morphed into a kind of recognisable reverence for a bunch of old boys who formed unbreakable bonds in the trenches. It's still a treat for us to see these giants of cinema coming together to do their thing but - like Sheeran well past his physical prime - the wear is beginning to show, even if the will is strong and the mind is still sharp. Adjust your expectations accordingly.