Review: The Knight Before Christmas in excuse for rambling film article 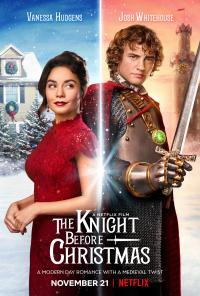 Ahh Christmas; the season of feelgood movies, peace and love to all, chestnuts roasting by an open fire, dressing gowns and comfy slippers, aisles of biscuit tins in Wilko, the excitement of the first snowflake, glitter, novelty plastic tat destined for a landfill, forcing yourself to like disgusting M&S sandwiches, family arguing about Brexit, splinters going up in the loft, more glitter, Boris Johnson what a character eh, tears as your wife's antique bauble gets smashed, fighting back consumerist guilt, the bulbs don't work, splinters coming down from the loft, kids screaming, lies upon lies about Santa, THE BULBS DON'T WORK AND SOMEONE NEEDS TO GO TO THE SHOP AND THERE'S GLITTER EVERYWHERE. It's December 1st.


We've really let women down, lads. The relationship bar is now so low they've started accepting strange men into their hearts and homes who claim to have time-travelled from the medieval ages, ignoring some quite credible advice from their families, friends and the police to let the appropriate authorities handle the matter. Yes, Netflix's The Knight Before Christmas is another in the 'groom a possibly mentally unwell man in order to make him fuckable' category, which has somehow become a staple of the family movie genre.

In this case it's a fantasy where a literal white knight magically appears to teach us the forgotten art of chivalry - perfect for one lonely woman who has lost faith in love, but has also forgotten that most knights had mangled genitals from all the horse riding. The lonely woman in question is Brooke (Vanessa Hudgens), about to have a rubbish Christmas thanks to a cheating ex, and a dead dad. To top it off she's stuck in a small rustic American town that looks like Gilmore Girls by way of Toys R Us - i.e. a garish shiny neurotic high-pitched nightmare. 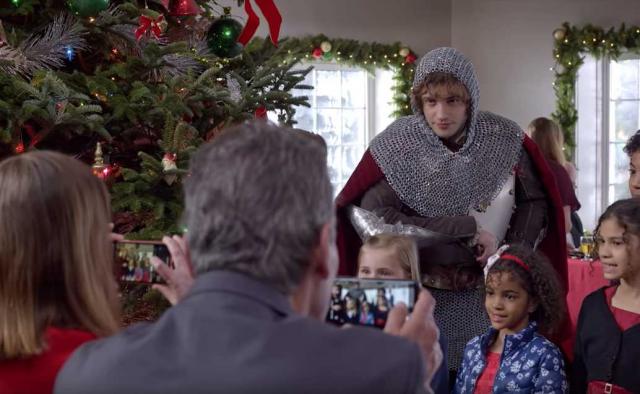 The world of the future: low-paid zero-hour contract seasonal gigs


If only some miracle could occur to rescue Brooke from... actually things don't seem all that bad - she's got a supportive sister with an adorable family, one of those huge American houses they all seem to have with a basement and five en-suites, and a teaching job where she gives teenagers advice about their love lives from her disillusioned perspective. But she really wants A Goddamn Man and it would be nice if that could be arranged without having to put too much effort in somehow please.

Luckily for Brooke, back in 1300s Norwich, England, a dashing young knight named Sir Cole (Josh Whitehouse) - which sounds suspiciously like 'circle', suggesting he gets lots of hoop - is on the hunt for a quest to make his name and prove his worth. Typically for knights of the era this would have involved slaughtering thousands of Muslims or Frenchmen, but what if Cole is destined for other things? What if his One True Quest is to Find Love?

For reasons that can only be described as "film need plot", a helpful witch sends Cole forward in time 700 years and left a bit to America, where Brooke promptly hits him with her car, and the stage for our Christmas romance is set. You can fill in the blanks yourself: awkward cultural misunderstandings, raiding the ex-boyfriend's wardrobe, the bit where she walks in on him wearing a towel, the bit where he tries to stab someone, humorous technology-related gags - although to be fair there is something funny about a medieval knight confusing Alexa with witchcraft. Well, there's a good PC World advert in it at least. 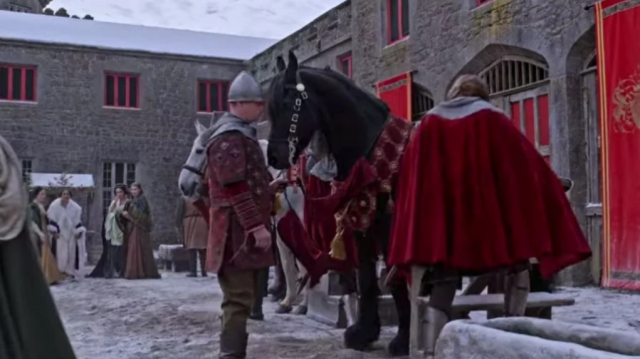 
The measure of these fish-out-of-water things is how much our subject flops about as they slowly suffocate. California Man: total idiot, excelled at extreme sports, everybody loved him in the end. Harry and the Hendersons: stank of shit, messed in the corner, which is probably why they sent him back to the woods. I've never seen Martin Lawrence-starring Black Knight, but according to Wikipedia it ends with him being transported from the medieval era to Roman times, which sounds like something from Nick Cave's unmade timestorming Gladiator sequel script.

Anyway, Cole, being a handy sort, takes life in the 21st century in his stride. Not only that he's the epitome of gallantry, inspiring the best in others and spreading decency wherever he goes. So far, so Hallmark. It's all harmless enough, and I'm not afraid to admit that despite my best efforts to be cynical I actually warmed to The Knight Before Christmas. I'm pretty sure 99% of this batch of Netflix Christmas films are identical except for the America's Got Talent runner-up they've swapped out, but occasionally a decent one gets through, about which I have now written far too many words.

More:  Vanessa Hudgens  Josh Whitehouse  Emmanuelle Chriqui  Ella Kenion  Monika Mitchell  Cara J Russell  Netflix
Follow us on Twitter @The_Shiznit for more fun features, film reviews and occasional commentary on what the best type of crisps are.
We are using Patreon to cover our hosting fees. So please consider chucking a few digital pennies our way by clicking on this link. Thanks!