Review: The Laundromat is a quick spin with spotty results 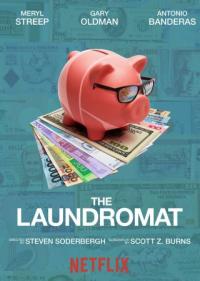 It sucks that there are people in the world whose only goal is the pursuit of wealth without any thought for the human cost, and that these people live lives of fabulous opulence we could only imagine while poverty exists, but that's the natural result of a society based on capitalism. I mean, we're all like it to some extent - we've got to pay the bills and put food on the table, and the goose game on Nintendo Switch isn't going to buy itself - but those who possess the ability to hoard more money than they could ever spend are equipped to rise to the top of the heap at our expense. It's a maddening situation, although if pushed I'd say I was more angry about geese right now. That seems like a problem I could solve. Forget billionaires; we need to kill all the geese.


I don't know much about film production but it seems to me if you've got a few big names nailed down - such as Meryl Streep, Gary Oldman and Antonio Banderas - and some other not-so-literal stars align, then you've got to just go for it. Add in a rough-and-ready filmmaker like Steven Soderbergh and that precious window of time could result in some fortuitous movie magic. Unfortunately that's not quite what has happened with The Laundromat - a collection of vignettes told under the umbrella of a huge real-life international money scandal - which comes across like someone trying to tell you the plot to The Big Short through the window of a train as it leaves a station.

In 2015 an anonymous whistleblower working for Panama-based law firm Mossack Fonseca leaked millions of confidential documents, exposing the shady accounting setup of many wealthy individuals, businesses and governments across the globe. Turns out rich folk don't like having their secret financial arrangements inspected almost as much as they don't like paying taxes, but the revelations were so damning the world's elite sighed an "okay then" and the firm was dissolved, and the founders arrested. The whole debacle became known as the 'Panama Papers' and filled the news for a good few months. Nowadays you'd get an afternoon out of it tops. 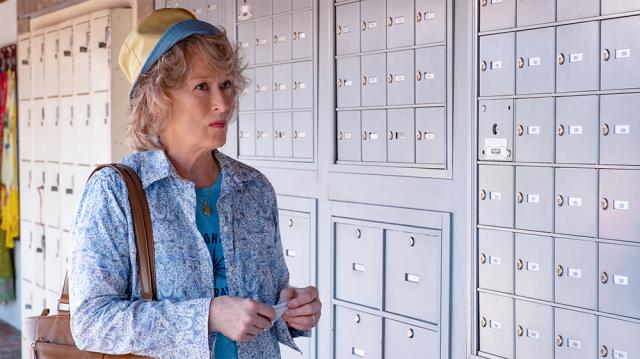 It's like Deal or No Deal crossed with Fortnite


Soderbergh and screenwriter Scott Z. Burns' film isn't just about the downfall of Jürgen Mossack and Ramón Fonseca - who pop up to deliver fourth-wall-breaking narration in the form of Gary Oldman (channelling Lieutenant Gruber from 'Allo 'Allo) and Antonio Banderas - rather it's told from several perspectives up and down the magic money tree. The stories range from piss-boiling tales of extortion and murder, to fist-clenching tales of bought morality - anger being very much the emotion underpinning events.

At the roots we find Ellen Martin (Streep), a recently widowed grandmother who stumbles down a rabbit hole of shell companies as she chases an insurance payout from the accident that killed her husband. Ellen's is one of the more sympathetic stories in the mix, finding her a victim of tragic bad luck and human greed. Nearer the top is Charles (Nonso Anozie), happy to dish out millions to cover up an affair - money which will later vanish due to the complexity of the sprawling offshore network, which is both propping up wealth and redistributing it out of the hands of those who need it most.

But this is hardly Ken Loach territory. There's no hand-wringing over poverty or injustice. Instead it's more of a reminder, and an education of sorts, about something that happened several years back that invoked fury at the time, and no doubt resumed quietly the next day. The goal is to make you angry, but it's hard to get fully invested when so long has passed and a dozen other more wildly flagrant disregards for humanity have occurred in the time since. Although it could also be down to how slight the stories feel even when combined as a whole. 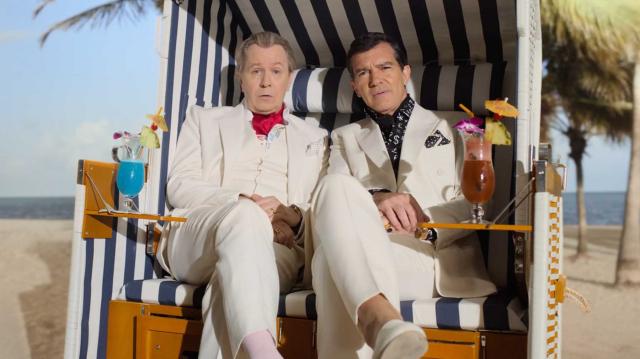 
Soderbergh's quickfire approach has worked well in the past, but here where virtual sets are complemented with wobbly establishing drone shots, it's a little too low-rent for the ground being covered. The breezy comic tone throughout is misjudged too. While it's fun to see greedy people get their ironic comeuppance, in a production that feels hastily bolted together it's hard to escape the sense you're watching a sitcom. You know how they had to composite actors into the last season of Arrested Development and make all sorts of compromises to piece everything together? That.

Ultimately you'll get the most out of The Laundromat if you're a Soderbergh completist, or looking for some slightly dated, mildly bizarre lightweight human drama inviting you to boo and tut at the screen. It's not one of his best, but that's like saying you had to order from Pizza Hut instead of Papa John's: either way you're still getting pizza. Maybe the lesson here is that we should just be grateful for what we've got, and let the billionaire capitalists play their little illicit game of syphoning all the world's money into their secret bank accounts while the planet chokes. Or maybe fuck those guys.