Review: The Peanut Butter Falcon is more than a silly nammm peanut butter 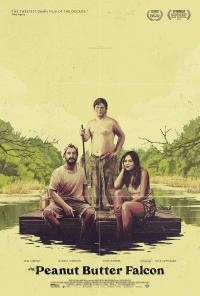 What cultural works wouldn't be improved with the addition of wrestling? Imagine John David Washington's Tenet protagonist performing a reverse suplex... in reverse! Or Queequeg acting as a hype man for Captain Ahab in Moby Dick. Or the Little Women charging towards the ring one by one in a furious royal rumble. Bargain Hunt cage match. See? There's a whole genre there waiting to be discovered. This is going somewhere.


I haven't read The Adventures of Huckleberry Finn since I was a child, so can't remember exactly what happens, but I have just read the Wikipedia page and that's probably good enough. The whimsical, carefree nature has stuck, however, and is easily recognisable in the homages and parodies spawned during the 130-odd years since Mark Twain's 'Adventure' books were first published. Twain probably never imagined his works would be cribbed on a digital superhighway flowing into little plastic devices in the palms of our hands, but while not exactly setting out to be prescient, the transient, freewheeling slice of American life captured is something many view as an ideal even in this day and age.

Updating the tale are writer-directors Tyler Nilson and Michael Schwartz, setting their version in something vaguely identifiable as the here and now, but not concerning themselves with technology or politics - nobody has a TikTok account or a MAGA hat (cinema's new shorthand for 'asshole'). In fact there's not much hint of our modern world at all, freeing things up to focus on the simplicity of a life ambling from point to point, meal to meal, as we follow the roguish Tyler (Shia LaBeouf) and well-meaning runaway Zak (Zack Gottsagen) on a good ol' fashioned timeless voyage of self-discovery. Or at least things would be simple if they could stay out of trouble. 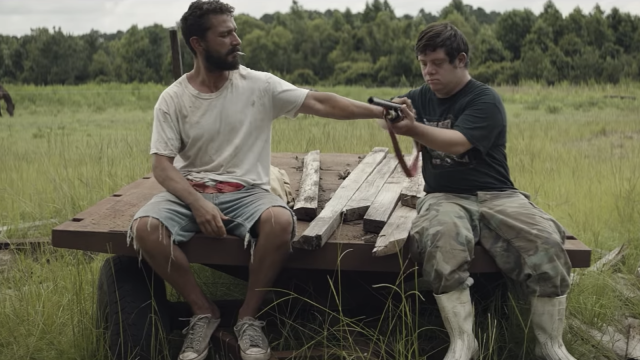 Hot on the heels of the pair is Eleanor (Dakota Johnson), tasked with returning Zak to the assisted living home he escaped from. Zak has Down's Syndrome, and while he's capable in some respects, he does have a habit of quickly finding himself out of his depth. Cue Tyler jumping in to rescue him on occasion, and what was once an annoyance soon becomes a heartwarming bond. It's a very touching partnership that swerves being overly-schmaltzy, as Tyler encourages Zak to stand on his own two feet. Proceedings turn more existential as the characters cross paths at various junctures on their travels, prompting them to ponder their situations and ideals, and the realities pinning them down.

And this brings us to the wrestling. While Tyler pushes for independence, and Eleanor is bound to authority, Zak has one specific goal in mind: to be trained at a wrestling school run by his hero, The Salt Water Redneck a.k.a. Clint (Thomas Haden Church). Zak even has a persona ready for the fateful day they should meet - the titular Peanut Butter Falcon. It's a quirky addition that adds some much needed playfulness after run-ins with shady characters out to do Tyler harm, and provides a neat parallel for Gottsagen - who does have Down's Syndrome - to work with, placing him at the heart of the story after being a tag-along for much of it. 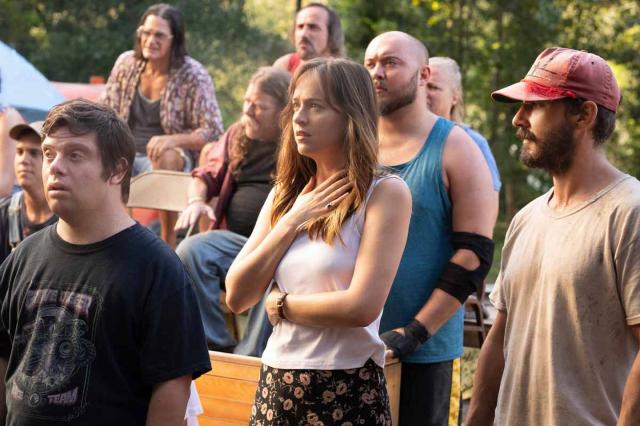 So can Zak overcome his perceived disability and make it in the ring? Does Eleanor have to return Zak to what is effectively captivity for the rest of his life, or is allowing him to follow a dream the best thing for him? Is Tyler going anywhere, or by going nowhere figuratively is he heading in the right direction spiritually? Plenty of big questions to mull over, especially when it comes to Zak's capabilities and welfare, and the film asks us to consider what it means to want a life affirming experience.

I'm a big fan of LaBeouf and find the choices he's made during his career - on and off the screen - add to his unpredictable nature, which makes him all the more interesting to watch. But while he and the equally watchable Johnson complement each other as narratively pleasing opposing perspectives, the undoubted star of the show is Gottsagen, overcoming a challenging real life condition to pull his weight alongside his more experienced co-stars. The performances and assured direction all add up to an enjoyable jaunt with enough drama, humour and heart to revitalise an old story while reinforcing the timelessness.