Review: Unicorn Store sparkles but doesn't shine or, er, something 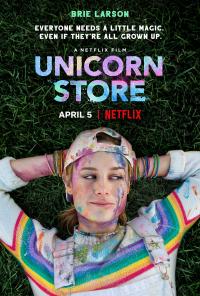 Hey everyone, it's the new movie starring Brie Larson and Samuel L. Jackson! You know, the one where she has to make a bunch of defining choices regarding her responsibilities in a fantasy setting! While making quips! Actually Unicorn Store was completed a few years ago but has only just been released by Netflix, in what is presumably a Captain America-style tactical decision to capitalise on Brie Larson's new-found Marvel fame. But don't read too much into this apparent dumping on a streaming service because while it's not exactly a Vision to behold and a bit low-key (Loki) on the life-affirming front, it's not a Hulking great mess either! Thanos!


Do you remember your first experience of existential dread? Mine was on the bus to a call centre when I was 19, looking over at the man they'd paired me with who was twenty years older but in no way my senior. I recall staring out the window thinking "this is my lot then" and being thoroughly miserable. Something had to change. I hadn't planned to go into higher education but made some enquiries, had a few interviews, and was offered a place at a university. The following summer before my first term, my partner and I spent a weekend moving into a creaky old flat - a place of our own, except for a fat ginger cat the previous occupants must have fed because it would rush in and go for the cupboards whenever we opened the door. Then on the Monday we went for a sunny stroll in the local park, free from the burdens of the world as we prepared to begin the next chapter of our lives. Everything was perfect. We were the masters of our destinies. The date was 10th September 2001.

Nearly twenty years on from that moment of realisation and I am now the man on the bus. Am I older? Unavoidably. Wiser? Questionable. Balding and lumpy? Get fucked. And I'm starting to question a few things, like, will I ever become an astronaut? Or play lead guitar in a Wembley-headlining band that is one-part Metallica, one-part 10cc? Or win an eSports tournament? As I reach the mid-point of my life when responsibility begins to outweigh fun and everything takes that little bit more effort, will I ever get to do all those things I said I'd do but never did? How do you know when it's time to take a long hard look at yourself and finally decide to put those dreams on the shelf? 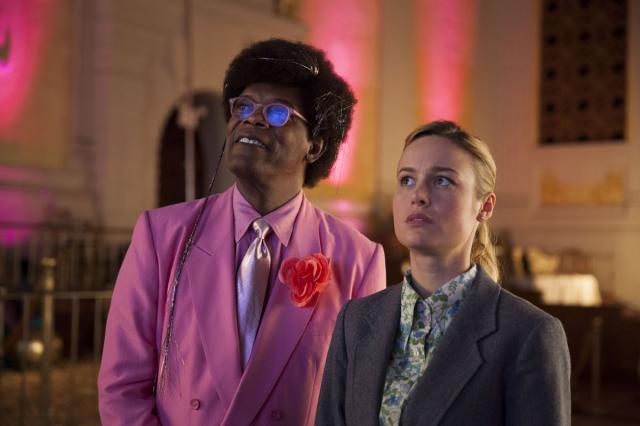 
In Unicorn Store - Brie Larson's directorial debut in which she also stars - Kit (Larson) finds herself confronted by these weighty life questions as she navigates a similarly tricky transitional period from young adulthood to slightly-less young adulthood. Unable to establish herself as an artist, Kit is forced to move back in with her parents, who have found happiness through a quasi-religious communal friendship group. She can find happiness too, her parents tell her, if she just puts on the uniform and joins them. Kit isn't ready to give up on her dreams, though, and follows an invitation leading to a mysterious underground store, where Samuel L. Jackson offers her a unicorn - a literal mythical unicorn - so long as she can make the necessary preparations to handle such a responsibility.

As far as metaphorical allegories about life choices go, it's about as subtle as a version of Charlie and the Chocolate Factory where a vengeful Willy Wonka personally drowns those bastard kids in the chocolate river to demonstrate where their greed gets them, while the Oompa Loompas hold Charlie Bucket's head and force him to watch. Kit's world is full of red flags which may as well be held by a guy in a referee uniform screaming "WATCH OUT FOR THE ANALOGIES!", such is the puddle-like depth of the life lessons being doled out. It's all a little on the nose is what I'm trying to say.

Even more frustratingly, Kit's options are restricted to what she considers a "good" outcome - coating everything with glitter and rainbows because apparently this indicates creativity, or a "bad" outcome - conforming to society and wearing drab colours - with no exploration of the potential for compromise, or the freeing addition of beige to an ensemble. I'm reminded of the "green is not a creative colour" line from the unsettling Don't Hug Me I'm Scared video, which hits on the same idea of what constitutes creativity reached for here, and how easy it is to shut people down based on arbitrary notions.

If you can put your cynicism about the childish rainbow stuff aside (it is a hideously outdated shorthand for being creative, and it grates) then it's worth giving Unicorn Store a watch to gain a sense of perspective, albeit a small one. Despite the underdeveloped exploration of the concept, there's probably something here people in their mid-late twenties who are disillusioned with the expectations society places on them will identify with. If you've been through the wringer already then it may elicit a derisive snort, but there's something to be said for opening a dialogue to address the final death knells of childhood. 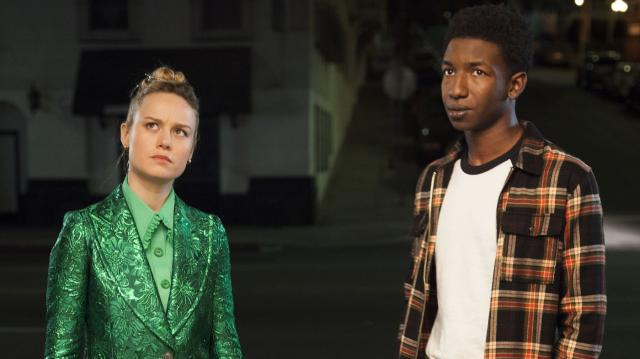 Film fact: Mamoudou Athie has the best voice in all of movies


Kit's parents are meant to represent society and are presented as a grim inevitability, but society is all about uncomfortable compromises. Want the latest Nikes? Get a job. Want to be safe at night? Smile for the CCTV. Want your friends and family to live in freedom? Be prepared to die in a war. Sorry, I've been listening to a lot of Dan Carlin lately. Society is everyone, and when you act like your needs are greater than the whole it can come off a little selfish - and Unicorn Store's unawareness of a middle-ground causes its own protagonist to be prickly and largely unlikable. Thankfully the resolution to Kit's conundrum does attempt to address the issue of other people's happiness, but the oversimplified whimsy to get there feels a little at odds with other events in the film - an oddly pitched sexism-in-the-workplace subplot, for example - causing the tone to wobble accordingly.

Anyway, back to the dread. We all go through periods of introspection, which often leads to identifying our faults - something that can only be done in hindsight - and it's part of how we grow as individuals. The life journey is segmented into several identifiable parts, and while we're expected to step up to the next incarnation of our self, there's nothing to say we have to suddenly become grey and sad at a certain age. Those are just how things seem to average out, but there's no hard and fast rule to it. If you think about it society is based on crushed dreams; we need people to carry out those undesirable roles at unsociable hours, doing what they love in evenings and at weekends, otherwise things would break down.

Maybe we should start celebrating how close we came to fulfilling our dreams more often - that might encourage us to not give up and find a way to realise them eventually. Time before and after the Great Adultening is finite after all. Maybe the takeaway of Unicorn Store should be that with planning it is possible to prepare for a post-childhood world of utility bills and socks for Christmas where you can pursue creative endeavours. Or maybe it's best not to plan at all and live in the moment because, like on that sunny day nearly 20 years ago, nobody knows what tomorrow is going to bring. Lots to discuss. Someone should make a film about it.

More:  Brie Larson  Samuel L Jackson  Mamoudou Athie  Joan Cusack  Bradley Whitford  Hamish Linklater  Karan Soni  Samantha McIntyre  Netflix
Follow us on Twitter @The_Shiznit for more fun features, film reviews and occasional commentary on what the best type of crisps are.
We are using Patreon to cover our hosting fees. So please consider chucking a few digital pennies our way by clicking on this link. Thanks!