Review: Wine Country is a waste of a great ensemble cast 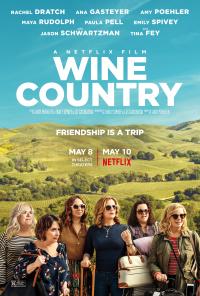 One thing that fascinates me about film-making is not the how of how movies are made, but the when. We see stars grow in real time these days and very often, once their careers have developed enough, they become producers - meaning the shows and films we watch follow their whims. That explains why we get a glut of movies about having babies, followed by a wave of thirties singleton rom-coms, and these subjects mould the wider zeitgeist. And now we're entering what should be the most interesting phase, where all your favourite stars are burnt out and holding grudges: the mid-life crisis. Fight! Fight! Fight!


There are no fights in Wine Country, or explosions for that matter. In fact I don't think this film is aimed at me at all. But who else is a film about a group of middle-aged, middle class women on a wine tasting tour aimed at except for exactly who you see on screen? Is that a controversial opinion? Or is it only controversial because the cast is almost entirely women and we're in a risk-averse culture? Did I accidentally do a Gervais? Did I offend you?? I didn't mean to, I'm sorry, please keep reading.

That doesn't mean I can't be objective - I just shouldn't objectify, man. There's a lot of curiosity and expectation around the cast, which includes Amy Poehler (who also directs and produces), Maya Rudolph, Tina Fey, and a bunch of other recognisable faces from across the landscape of US film and TV. It's a heavyweight comedy ensemble, so it's a shame the material they're working with is so decidedly unfunny. Actually proceedings are downright fucking glum. 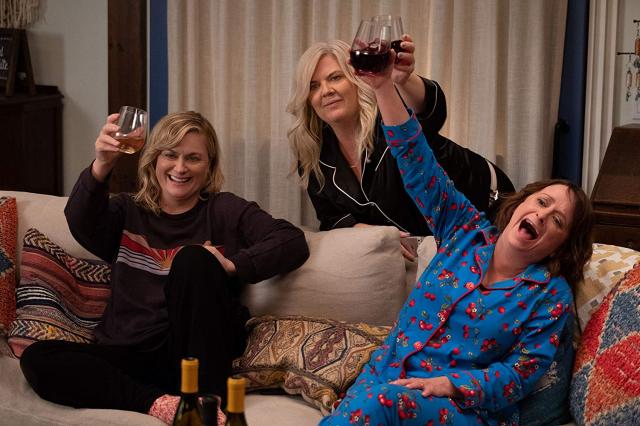 
We follow the women as they head off to the famous vineyards of Napa County, California for a birthday get together. There's Abby (Poehler), Naomi (Rudolph), Catherine (Ana Gasteyer), Val (Paula Pell), Jenny (Emily Spivey) and Rebecca (Rachel Dratch), who is hitting the big five-oh. Abby is the matriarch of the group, organising activities to the minute and getting upset when things don't work out exactly as planned. Naomi has kids and is expecting a worrying call from her doctor. Val is gay and looking for love, but fears she may be too old. One is a workaholic, etc.

You get the idea: they've all got Relatable Issues, but none are particularly interesting beyond providing some drama to link the activities. The activities themselves are hateful little bubbles, with the group taking out their increasing frustration on staff because, I don't know, rude = funny? This seems like one of those films where everyone got in a room with a rough idea of what was happening and ad-libbed, expecting the results to be natural cohesive comedy genius. You know the ones:"we're trying but nothing is landing, maybe if we say 'yeah' 'yeah' back and forth and gesticulate." It's the bane of modern comedy and doesn't work whatever your gender.

If there are any successes to be taken from Wine Country, it's in proving that a cast and crew composed entirely of women can make a film without any stinky men sticking their oars in. Who knew a talented, experienced, versatile, connected bunch of entertainment sorts at the top of their game could produce such results? Not sexists. It's a shame more attention wasn't paid to the laughs - this just comes across as an anthology of boring stories, which there are already plenty of on Netflix (like a Beige Mirror. I made myself laugh. Look what you've done, Wine Country - I had to provide my own entertainment!), unless you're a middle-age woman and it might be exactly what you need to see at this point in your life because these are also your comedy heroes going through the same stuff as you are too. Like I said, it's not for me.