There is a terrifying truth presented in Snowden, and I don't mean one of the obvious ones about misuse of power or unlawful global surveillance. It's one that comes early in the film and is only hinted at, but it is confirmation of a deep, dark, universal suspicion: that the incompetency you see in some of your work colleagues is a common problem that exists all the way up to the top. Like when Patrick from Legal doesn't process your request because he doesn't know the difference between an Excel spreadsheet and a Google doc. That kind of thing could very feasibly still happen at a top government level. Goddamn you, Patrick. Goddamn you, all the Patricks.


There are, of course, duplicitous as well as neglectful actions presented in Snowden, and it is determined to convey all the catastrophic implications at stake either way. So, by rights, the film should come across as little more than scaremongering, but it quickly finds a satisfying balance instead.

Most explicitly, in Edward Snowden's rise from pathetic soldier to NSA prodigy, Oliver Stone wrings paranoia and suspicion out of every situation, from secret targeted government surveillance right down to Snowden's own insecurities about his girlfriend's fidelity. But, as a viewer, there's a twisted sense of comfort in watching it all unfold with a degree of self-righteousness. Of course the government are watching us. Of course there's more to all of this than meets the eye. Of course people are shit at their jobs. Not me, of course - other people. These aren't revelations, they are confirmations. And it's ok to enjoy them because it's still so hard to see how any of it directly affects any one of us on an individual level. 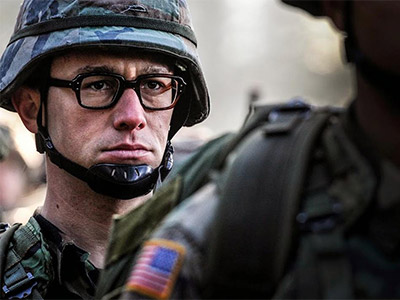 
Joseph Gordon-Levitt is on typically great form as Snowden, making mostly subtle shifts in his manner - including slightly lowering the register of his voice - to embody a more realistic depiction of genius-level intellect than we usually see. He's a geek with a wry sense of humour and a recognisable self-consciousness, who is depicted here as just asking reasonable questions in the face of unreasonable measures until feeling compelled to let the general public decide what the answers should be. For his part, Gordon-Levitt thrives in an underplayed performance, flitting between internal frustration to outward concern, but with the instinct to know just how to play up the few instances of humour that lighten up what is otherwise a serious drama that warns of real-life consequences.

Elsewhere, there's a mixed bag of great and questionable characterisation. Shailene Woodley is wonderfully restrained as Snowden's liberal girlfriend Lindsay, who feels increasingly isolated as his top secret work drives a wedge between them. Given the focus of the film, it's commendable that as much time is given to Lindsay's loneliness outside of the main plot thread as it is to Snowden's loneliness in the midst of it.

And yet, other performances fail to ring true. Rhys Ifans plays up sinister and shady to almost caricature levels as Corbin O'Brian, CIA recruiter and dubious father figure for Snowden. And then Nic Cage pops up in a small, inconsequential role that seems designed solely to remind us that Nic Cage occasionally pops up in small, inconsequential roles. 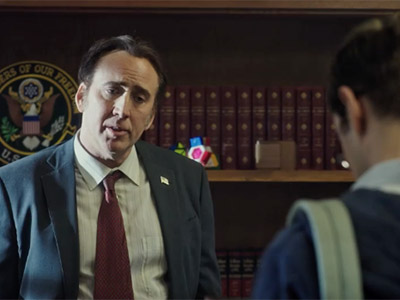 And he nails every damn one of them.


Sadly, these choices serve as a reminder that, despite its positioning as a champion of truth, this is still a Hollywoodised version of these events. And, while this may be a cause for consternation for any movie, here it is particularly galling because Snowden’s own stance on his actions have always been one of neutrality – he acted only to present information to the public and have them decide what’s right or wrong. But Oliver Stone’s clear reverence for Snowden – and in particular a clumsy artistic choice in the final 10 minutes – undermines the central message in the most damaging way possible: by making it clear that the film is biased towards its own hero.

And yet, however corrupt Stone’s vision of Snowden’s actions may be, it’s nothing compared to the real corruption this film espouses: that terrorism is being used as an excuse by the US government to keep surveillance on you, me and everyone else in every way possible, with the real aim being to gain economic and social control.

And if that doesn’t have everyone immediately sticking a plaster over their webcam, then there’s always the fear that complacency and laziness, rather than immorality and manipulation, might bring with it equally terrifying consequences. While Snowden offers many shocking revelations about how the US government conducts its surveillance, and it’s for us to decide what's worse between the mistakes and the deliberate violations. One thing is clear either way: oversights are a major problem.

More:  Snowden  Oliver Stone  Joseph Gordon-Levitt  Shailene Woodley  Rhys Ifans  Nicolas Cage  Melissa Leo  Zachary Quinto
Follow us on Twitter @The_Shiznit for more fun features, film reviews and occasional commentary on what the best type of crisps are.
We are using Patreon to cover our hosting fees. So please consider chucking a few digital pennies our way by clicking on this link. Thanks!