I'm not sure I understand how people continually lump Melissa McCarthy into the same category of comedians as the likes of Kevin James (actually, I do understand, I just choose to ignore it), because she's so much more talented than him it's barely a contest. Comic timing? Check. Pathos? Check. A habit of making her co-stars appear funnier by proxy? Check. These are not qualities you typically associate with Paul Blart: Mall Cop. McCarthy, on the other hand, is the complete package, and she furthers her winning relationship with director Paul Feig in Spy, albeit to not quite so winning effect as previous team-ups The Heat and Bridesmaids. The most important stat for the non-believers? There is only one [1] pratfall in Spy; Paul Blart: Mall Cop had 25.


McCarthy's character, desk-bound CIA analyst Susan Cooper, finds herself thrust into the action when her field partner Bradley Fine (Jude Law in a suitably smug role) unwittingly exposes the identities of every active spy in the agency. It's a solid basis for larks - sort of like that shit season of 24 when they gave Chloe a gun, but played for intentional laughs - and much comedy is squeezed out of the disparities between Susan's fantasy of being a special agent and the grim reality (her special agent persona is that of a sad 'Cat Lady' who carries stool softeners around in her purse).

Uniquely, for a McCarthy/Feig picture, it's not the leading lady who gets the most laughs; she actually plays it relatively straight, leaving co-stars Jason Statham and Rose Byrne to hoover up the LOLs with over-clocked performances oozing with respective machismo and villainy. Statham in particular is delightful as the thuggish British agent with a litany of suspect-sounding spy stories ("I once had my arm ripped out of its socket, and reattached it with my other arm"), although the fact he can 'do' comedy shouldn't come as a surprise to anyone who's seen Crank, Snatch, Lock Stock - hell, most of the movies that made him a star in the first place. The man knows funny: put him in a turtleneck and you've got gold. 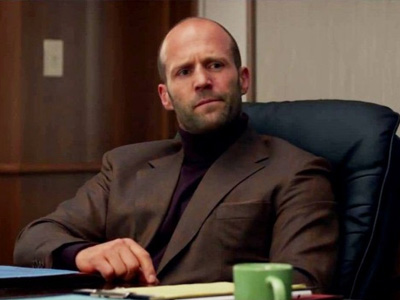 
What McCarthy is really lacking here is a partner. The Heat paired her with Sandra Bullock - crucially, with McCarthy being the bolshier of the two - while Bridesmaids had her sparring with Kristen Wiig, Rose Byrne (again) and others. The best she gets here is a double act of sorts with Miranda 'Miranda' Hart as her fellow office worker, but as funny as she is, Hart feels miscast and there's little palpable chemistry with McCarthy. Peter Serafinowicz is another British TV face who gets a big-screen upgrade but he too doesn't have much material to work with; he attacks his sex pest role with great gusto but can't disguise the fact it's a one-note character (also, some of his more physical gags are basically rape jokes).

Because it is a genre piece - an affectionate lampoon, but still a genre piece - Spy feels a little more rigid when it comes to storytelling. More than any other Feig film, Spy has rules it has to adhere to; there's clear distinction between Plot with a capital 'P' (no 'needless exposition' gags here you'll notice) and comedy scenes (the latter usually immediately punctuating the former, like a particularly well-timed post-kill puke). Narratively, Spy feels at odds with the rest of Feig's output, which usually feels languid and flexible; here there are definite signs of going through the motions. Even so, the action is surprisingly well executed; the knife fight scene has more cut and thrust than most proper spy movies. 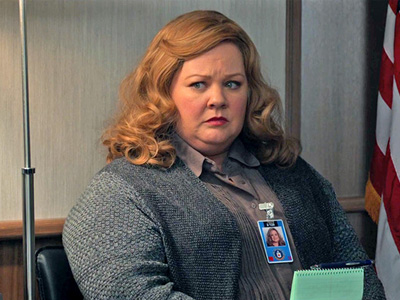 Spy won't go down as a classic, but it is a perfectly serviceable comedy that's well cast, sharply written and efficiently furthers the feminist cause without even making it a thing. All you have to do is imagine a Kevin James-led spy movie parody ("Kevin James is Boned... Big-Boned") and it makes the blood run cold; the fact Spy makes you laugh and has you wanting more has to go down as a minor triumph for McCarthyism.

More:  Spy  Paul Feig  Melissa McCarthy  Rose Byrne  Jason Statham
Follow us on Twitter @The_Shiznit for more fun features, film reviews and occasional commentary on what the best type of crisps are.
We are using Patreon to cover our hosting fees. So please consider chucking a few digital pennies our way by clicking on this link. Thanks!