Poor old Park Chan-wook. One minute you're the director of the blistering Sympathy For Mr Vengeance and Oldboy, the next you're the director of I'm A Cyborg, But That's OK and Thirst. What to do to regain your former prowess? The answer, obviously, is to make a new film in a language other than your own, from a script by a Prison Break actor, which on the surface looks like a remake of a beloved Hitchcock classic. What could possibly go wrong?


To begin with, apparently nothing. Park's unique eye for a shot is evident from the word 진행되다, his gorgeous titles introducing us to India Stoker, a goth chick whose father has just died in mysterious circumstances and who gets on with her mother in much the same way that North Korea gets on with South Korea. The daughter/mother relationship is brought to antagonistic life by Mia Wasikowska as India, virginal and mysterious, and Nicole Kidman as Evelyn, glacial and aloof. Into their unhappy home of hostility strides Uncle Charlie, played by Matthew Goode as a mildly psychotic C&A model with a quiff you could surf on.

Fact: C&A stands for Clemens and August (Brenninkmeijer), the
German brothers who founded the clothing retailers. You're welcome.


Uncle Charlie begins to drive a wedge between India and her mother, although they're already so estranged that it would have to be a wedge the size of a small town driven by, ooh, a really big wedge-driving thing to push them any further apart. Flirting with both women, Charlie appears to offer Evelyn something she hasn't had for a long time, while simultaneously arousing more than just the odd suspicion in India. Either that or she's just really itchy down below.

So far, so 21st century Shadow Of A Doubt, but that's about as far as the Hitchcomparisons go. As things take a turn for the sinister, the much-anticipated, deliciously labyrinthine storytelling which marks out Park's best work fails to materialise, replaced by an unsurprising sequence of events and an unsatisfying last-act reveal. And while Wasikowska is excellent as a real-life Wednesday Addams, Kidman is left with too little to do and Goode, though Goode, is not Goode enough. He needs to come across like a young Jack Nicholson, sexy and terrifying, but instead provides no more spunk or danger than a well-made table. 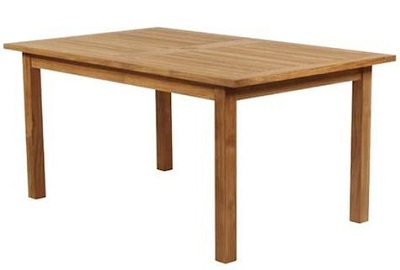 
Fortunately Stoker does look absolutely incredible, and the synthesis of Park's remarkable visuals and his heart-stoppingly beautiful cast works to paper over some of the cracks in the story. Had this been a first feature, it would be a flawed but exciting debut that promised a bright future, but this is Park Chan-wook's ninth film, and it's increasingly obvious that he deserves better scripts to match his peerless aesthetic.

Like many auteurs, it's Park's curse that all his films will forever be compared to his masterpieces, but even as a standalone vehicle Stoker fails to incite the flames of its plot as much as its title suggests. "Sometimes you need to do something bad to stop you doing something worse," India reflects, and while Stoker is by no means bad, you've got to hope that making it stops Park Chan-wook misdirecting his talent on lesser films in the future.

More:  Stoker  Mia Wasikowska  Nicole Kidman  Matthew Goode  Jacki Weaver  Dermot Mulroney  Lucas Till  Harmony Korine
Follow us on Twitter @The_Shiznit for more fun features, film reviews and occasional commentary on what the best type of crisps are.
We are using Patreon to cover our hosting fees. So please consider chucking a few digital pennies our way by clicking on this link. Thanks!