Though I don't agree with the relentless tub-thumping that occurs in the UK press every time a half-decent British film is released - as if it's mandatory that you HAVE to get behind it because it's BRITISH and THE KING'S SPEECH - it's nonetheless a very welcome surprise when a British filmmaker releases a genuine gem.


Submarine is a brilliant coming-of-age story, adapted from the book of the same name by Joe Dunthorne and directed by IT Crowd nerd turned filmmaker Richard Ayoade. It's told from the point-of-view of Craig Roberts' 15 year-old Swansea schoolboy Oliver Tate (a name that can only be pronounced in a Welsh accent) as he seeks meaning in his existence, attempts to rekindle his parents' relationship and forge a connection with troublemaker classmate Jordana (Yasmin Paige). 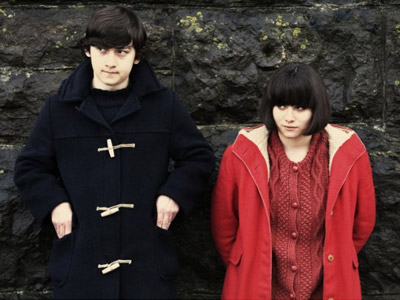 Despite his hideous trotters.


No sooner had the first shot of the director wearing a scarf been released, Ayoade was labelled as "the British Wes Anderson" and though that's equally far from a compliment as it is from an insult, it's not really applicable when viewed through Submarine's periscope. Like most of Wes Anderson's protagonists, Oliver has trouble relating to other people, but unlike most of Anderson's characters, he's likeable despite his flaws - just the kind of loveable fool you want to scoop into a big, gormless cuddle.

Oliver is your average over-imaginative school kid who dreams of cultural significance (one early scene sees him imagining the mass fallout of his death, complete with candlelit vigils), but there's no hint of the pomposity of a Max Rushmore or a Tenenbaum. Youngster Craig Roberts is excellent, playing Oliver as a daydreamer with his head in the clouds but his feet anchored on the ground. Like Wes Anderson but without the practised whimsy, Ayoade's Submarine does contain flights of fancy but all of them come crashing down to plain old Planet Earth.

That's mainly due to fine work by Sally Hawkins and Noah Taylor as Oliver's distant parents; his second project once his own love life is sorted. There's some brilliant deadpan humour in the Tate family - particularly the bemusement which Oliver's parents display when told he has a girlfriend - but Submarine is capable of exploring murkier depths. Noah Taylor, face like a wax cadaver, is superb - the scene where he explains his depression to Oliver ("It's sort of like being underwater") is heart-breaking.

Thankfully, we're never more than a few minutes from a berk to lighten the mood - and Paddy Considine's mulleted self-help guru Graham is the berk to end all berks. Oliver's idiot neighbour is a rogue element, not only in the lives of the Tate family but in Submarine itself - he's a bouncing bomb of stupid who utters lines like "We are all prisms" while being thoroughly unaware of his own hilarity. He's the only character whom Ayoade lets fall into caricature, but his levity is appreciated. "What is light?" he poses. "It's like a bloody... nailbomb." 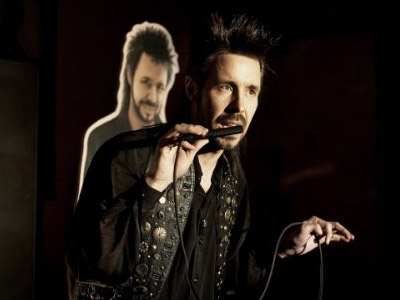 Girlfriend, you are WEARING that jacket.


If Submarine falls short in one area, it's not the balance between comedy or drama, but the frequent interludes allowed for Alex Turner's soundtrack to come to the fore. They're not bad tunes by any means, but on at least three occasions, the story is scaled back to little more than wistful gazing at the Swansea coastline while Turner takes over. Perhaps an incidental soundtrack wouldn't have felt as intrusive; sometimes a well-placed track can fit a mood, but they shouldn't ever be the mood.

Nit-picking aside, Submarine is a near-faultless debut from Richard Ayoade, with an incredibly talented young cast flanked by superb, established support. It's funny, sad, touching and charming; a film that's in turns joyously ridiculous yet on occasion hits devastatingly close to home. In short, you HAVE to see it - not just because it's BRITISH, but because it's BRILLIANT.

More:  Submarine  Richard Ayoade  Craig Roberts  Yasmin Paige  Noah Taylor  Sally Hawkins  Paddy Considine
Follow us on Twitter @The_Shiznit for more fun features, film reviews and occasional commentary on what the best type of crisps are.
We are using Patreon to cover our hosting fees. So please consider chucking a few digital pennies our way by clicking on this link. Thanks!