Only four candidates remain in Lord Sugar's quest to find his next business partner as telly-land's favourite (only) prime-time business reality show reaches its climax. What a series it's been, eh? OK, so we may not have had a Badger or a Baggs 'The Brand', but we have had a wrestler called Ricky Martin (still funny), the worst TV advert produced by the hopefuls to date, and Nick's eyebrows at such a semi-constant state of raised they may never return to their original position.


Before putting my two cents in about the winner and the final episode in general, I'll run through the final four's series performance and give each candidate a belligerently arbitrary mark out of 10.

A business development manager (wanky way of saying "saleswoman") from Bedfordshire was the last woman standing in this year's series thanks to her remarkable ability of a relatively above average notion of common sense. Let down by omitting to mention she failed in Business Studies at A-level and wanted to spend Sugar's money ringing people in the middle of the day to sell them solar panels, then ring them six months later to sell them debt help having spent their pension fund on solar panels.

Let me first just say I'm absolutely fine with the fact Tom is a year younger than me and already running a fine wine investment company with over a million pound turnover, absolutely fine, and it will in no way affect my look at his performance throughout the series.

Tom was perhaps the worst candidate in the history of The Apprentice who should have been fired every week in increasingly humiliating ways. 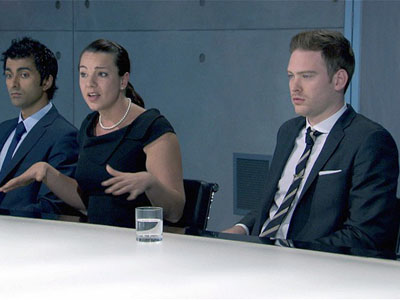 Nash and Gearing: lucky to make it through this earlier round after their Jazzy Jeff and the Fresh Prince impersonation fell on deaf ears in the boardroom.

Nick is a technology entrepreneur who managed to achieve the almost impossible in The Apprentice – make it to the final without looking like a complete tosser at any point. Nick's a nice guy, Nick's a smart guy, Nick's a Swiss guy. Well done Nick.

When I manage to stop giggling for long enough whenever he's introduced to concentrate on what he's actually doing, I find Ricky Martin pretty annoying. He initially came across as arrogant, aggressive and a bit of a general douchebag but as the weeks progressed, he became bearable and almost likeable. Until it's revealed his actual name is Richard Martin and he chooses to take on Ricky to make him memorable and get people talking about him. I'm a puppet to which he holds the strings.

Overall performance – 8/10
But how did our three candidates, and one scumbag, get on? Facing Sugar's advisors (who I like to think of as his backing singers in a country tribute act: go on, imagine it) the candidates' CVs and ridiculous claims were reassuringly ripped to shreds, with some particular gems including:

"
"
I'm the best business partner ON THE PLANET.

Margaret, whose presence is still greatly missed, was there but felt tragically underused. We were only treated to a couple of cursory judgmental expressions which even she didn't fully believe in. 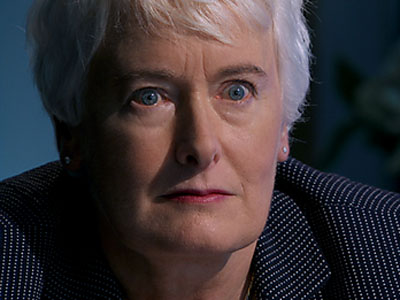 Jane was the first to go, with regret, and Nick was fired soon after. Sugar proceeded to debate with himself whether he wanted to take a risk by going with Tom or play it safe by going with Ricky. Then he remembered he's older than the Face of Boe and can't be bothered to invest in anything remotely challenging, so decided to go into business with Ricky to set up a recruitment company for the scientific industry.
So there we have it: another series of The Apprentice is over. We may not have had the LOLs or the WTFs of series past, but perhaps in these challenging economic times we can overlook the fact the series was a little boring and be reassured knowing there are quite a lot of reasonably competent businesspeople out there being entrepreneurial. And one of them is called Ricky Martin.

More:  The Apprentice  BBC
Follow us on Twitter @The_Shiznit for more fun features, film reviews and occasional commentary on what the best type of crisps are.
We are using Patreon to cover our hosting fees. So please consider chucking a few digital pennies our way by clicking on this link. Thanks!