"I have a feeling that in a few years, the banks are going to be doing exactly the same thing," says despondent financier Mark Baum (Steve Carell) as the world teeters on the brink of economic meltdown. "They're going to blame it on immigrants and poor people." The financial crisis of 2008 is mired in so much Wall Street-patented obfuscatory bullshit you need a shovel to get down to the nitty gritty, but Adam McKay's A-list crib sheet The Big Short boils it down to the essentials: the US banks committed the largest and most audacious case of fraud ever perpetrated at the cost of every man, woman and children in America - and they got away with it.


It probably goes without saying, but I do not understand the financial crisis. I do not understand my own tax return. I barely understand how piggy banks work. So believe me when I say that I needed help making sense of sub-prime mortgages, shorting and CDOs. Martin Scorsese's The Wolf Of Wall Street always stopped short of delving into the devilish details of Stratton Oakmont's financial misgivings, figuring - correctly - that audiences were more interested in debauchery. The Big Short, however, cannot abide with apathy and holds your hand every step of the way, via voiceovers, fourth wall narration, Jenga metaphors and celebrity speakers. "You don't understand sub-prime mortgages, of course you don't," says Ryan Gosling's shark-eyed trader Jared Vennett. "So here's Margot Robbie in a bubble bath to explain it." The cast are handsome for a reason: so you pay attention. 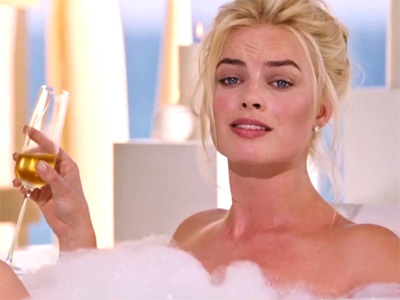 Second choice was Phil Spencer in the shower.


The problem with The Big Short is that it must strike a balance between being entertaining and being educative. Adam McKay's end goal was clearly to have his cake and eat it, but he falls short where it matters: in convincing you this wouldn't have been better off as a documentary. It is important to separate a good story from a good story told. Documentary makers might tell you they're not interested in the artifice of film, only in representing the facts and delivering the message. The Big Short does deliver its message successfully - it angries up the blood real nice - but McKay has chosen to weave a yarn around those facts and it's to the movie's detriment. None of the characters are even remotely relatable (even though they're based on real people, or bankers anyway) and the few token scenes of human consequence or personal responsibility vanish without trace like ice cubes over a fire.

Carell's money-man-with-a-heart is as close as we get to a protagonist, or at least a character with a conscience, acting as our guide through the mazy world of high finance but failing to leave a mark as a human being. Baum has maybe two scenes where he discusses things other than finance, including a family tragedy that feels insultingly tacked on, but that's two more scenes than Gosling or Pitt get, and one more than Christian Bale, the oddball hedge fund manager who devolves from a complex and sympathetic character into trademark Rain Man shtick. 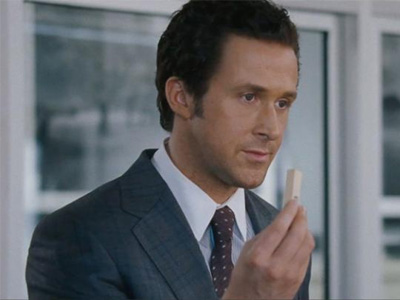 Bro, do you even Jenga?


Though McKay struggles to justify spending a casting budget bigger than your average Wall Street bash catering bill, he does a fine job in orchestrating the chaos and making you care. It's a task that sounds simple but the fact that the events of The Big Short still have the power to shock almost 10 years after the crisis shows just how necessary it was to shine a light on these shady practices. Free from the prison of the precise comic timing needed on his broader comedies, McKay edits loose and lazy, creating collages of activity and patchwork quilts of plot. The Big Short is consistently vibrant and visually appealing, which says a lot given the fact the subject matter is basically whatever Chandler Bing's job was.

Crucially, it never once feels like you're being lectured: McKay attempts at all costs to keep the discussion lively using a variety of tricks and metaphors, few of which are as patronising as they sound on paper ("Here's Selena Gomez to explain the housing market to you via a Blackjack analogy"). When the dust has settled and the anger has dissipated, you're left with a movie that never quite finds enough for its incredible cast to do; it's a pseudo-documentary dressed up like a human interest ensemble when it should have felt more like a supervillain heist movie. I, for one, would like to hear more from Margot Robbie.

More:  The Big Short  Adam McKay  Steve Carell  Ryan Gosling  Christian Bale  Brad Pitt  Margot Robbie
Follow us on Twitter @The_Shiznit for more fun features, film reviews and occasional commentary on what the best type of crisps are.
We are using Patreon to cover our hosting fees. So please consider chucking a few digital pennies our way by clicking on this link. Thanks!