The Book Of Henry

If you haven't seen the Book Of Henry trailer, I urge you to watch it now. It shows a whimsical family drama about a genius kid looking after his mum and little brother, making them realise the value of real love until... FUCK Dean Norris is evil! Is he a killer? No time to find out because Naomi Watts is now running around with a sniper rifle! Clearly someone somewhere hasn't worked out how to properly market this film.

Except they have. They really have. This is the exact film of that trailer.


The Book Of Henry isn't so much a cocktail of blended genres as a series of plot shots taken one after the other. A sweet coming-of-age tale about a misfit savant is packed full of heart, but get the salt and lime ready because you’re about to get a hit of an emotionally manipulative Hallmark weepy. And while you’re still choking on that one, there's a dark and gritty mystery thriller being lined up next.

The colossal tonal shifts aren’t exactly seamless, but the fact that the film moves between them fairly comfortably is actually a huge achievement. This is an experiment in formulaic storytelling, gradually moving plot tectonics over an underlying narrative mantle, and while lord knows there’s not a lot of love for director Colin Trevorrow after Jurassic World – a distrust that has always seemed to me to be overblown – there’s nothing to suggest here that he doesn’t know exactly what he is doing.

Jaeden Lieberher is the Henry of the title, a high-concept, high-intelligence 11-year-old who is still at school for the benefit of having something resembling a social life. In his spare time, he creates Rube Goldberg contraptions from scratch and, of course trades on the stock market to make enough money to take care of his immature mum Naomi Watts and bullied younger brother Jacob Tremblay. 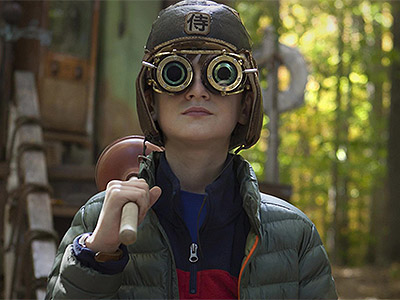 Jake Lloyd, pictured yesterday at home by himself.


Let’s get the chief concern out of the way first: Lieberher is a child actor who can actually act. He not only holds his own in the lead role, but actually manages to make Henry – a kid who is more knowledgeable and mature than everyone else on screen – not just seem like a smug, smartass git. He brings sweetness and warmth to the character – Henry actually seems kinda cool in a Sherlock kind of way. You wouldn’t want to hang out with him, but it’s really fun watching him do his clever schtick.

By comparison, Naomi Watts is far less likeable. She plays a mum who has grown lazy through leaving all of the responsibility to her son, spending her spare time playing videogames and getting drunk with her car crash best friend Sarah Silverman while Henry worries over tax returns. As a charming story unfolds initially, it seems obvious that this is going to be a tale of Henry learning to let go while his mother takes up the mantle of responsible adult.

But then there are strong hints that next-door neighbor Dean Norris is abusing his step-daughter (although whether that’s physically or sexually is never really defined – the first indication that this kind of plot element in an otherwise family film is more than a tad problematic). Then – TWIST – a mid-way shocking development changes the underpinning of the entire movie and we are suddenly thrown into an intricate scheme to put a stop to Dean Norris and his horrible, nasty, but-still-a-little-bit-vague wrongdoings. 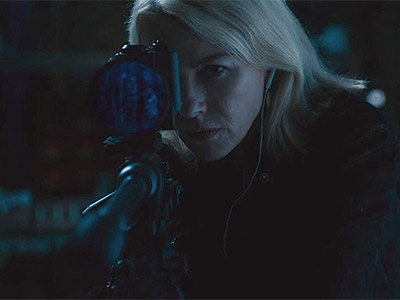 Naomi Watts has sensible story structuring in her sights!


The result is surely polarising, and I say this safely, having seen the current Rotten Tomatoes score and knowing that I’ve had an apparently rare positive reaction to the film. From what I can see, most of the criticism has landed at Trevorrow’s feet, claiming a mishandling of the overall story to produce a totally imbalanced movie. And that’s fair – in particular, there are potentially dark and edgy moments that ultimately go under-served because they sit within the context of a lighter-weight film, not to mention that the latter part of the story relies on some extremely far-fetched clairvoyance on behalf of one of the characters.

But I had fun. I laughed and I cried and I was gripped and I was basically completely engaged throughout. Henry is an entertaining, good-natured protagonist with a sense of humour, and all that is swapped for genuine affection and tenderness during scenes that had me weeping buckets. And as the film builds towards a more dynamic climax, there’s still an element of mystery at play, an uncertainty about how it is all going to end that is wholly compelling.

Most of all, it’s ambitious storytelling and I can honestly say that I would rather watch a film that’s trying to be a heart-warming tale, mawkish drama and generic cat-and-mouse thriller all at the same time than any of those things individually.

More:  The Book Of Henry  Colin Trevorrow  Jaeden Lieberher  Naomi Watts  Jacob Tremblay
Follow us on Twitter @The_Shiznit for more fun features, film reviews and occasional commentary on what the best type of crisps are.
We are using Patreon to cover our hosting fees. So please consider chucking a few digital pennies our way by clicking on this link. Thanks!