Oscar-nominated films tend to fall into one of two categories: stories, true or otherwise, about the struggle to overcome adversity against all odds, and heartwarming dramedies. Surprisingly, this tale of a man trying to reconnect with his daughters while his wife lies comatose in hospital actually falls into the latter category.


But then this is Alexander Payne's new film, a writer-director who last gave us Paul Giamatti's self-pitying, failing writer in Sideways and, before that, Jack Nicholson's detached, estranged father in About Schmidt. Just as these make light of their protagonist's plight by emphasising the everyday ridiculous, The Descendants finds an abundance of humour in its otherwise tragic and emotionally-complex tale.

George Clooney is stripped of all charm and poise as Matt King, a wealthy lawyer in charge of the sale of his ancestry's last remaining plot of land on Hawaii. With his wife Elizabeth in a coma following a jet ski accident, Matt is having a hard time earning the respect of his daughters, the brattish teen Alexandra (Woodley) and her foul-mouthed younger sister Scottie (Miller). And then comes the real bombshell: it turns out that his horizontal wife was actually having an affair. What should Matt do with this information? As with all of Payne's films, there's no easy solution. 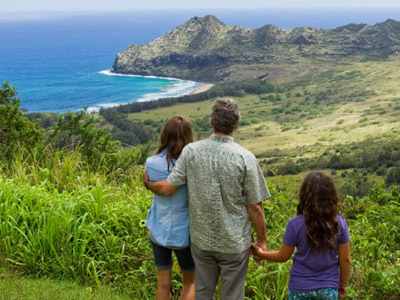 "One day we will rule over all this land. And we will call it... this land"

As a clear favourite for the Best Actor golden baldie, a lot of attention has been paid to Clooney here and it is well-deserved. Banishing his suave and sophisticated image was never the issue - Clooney has always been happy to act the fool - but this film sees an unusually nuanced performance from him in what is actually a multi-layered role. As Matt struggles to appear responsible while really helpless, and searches for the appropriate action to take upon hearing of his wife's indiscretions, Clooney's natural portrayal is of a very average man, one who is unsure of himself and in need of support. And when George Clooney plays an average man... that's acting.

And yet he doesn't deserve all of the film's praise. While Matthew Lillard shines as Elizabeth's douchebag lover, caught unawares by Matt's interrogation, and Robert Forster has a great turn as Elizabeth's aggressively disapproving father, it is Shailene Woodley who threatens to steal every scene. Playing Alexandra's developing respect for her dad with a mixture of irritation, amusement and pity, the relatively new actress (her most notable appearance before this was a recurring role in The OC) not only matches Clooney's presence but is also often the more entertaining performer to watch. 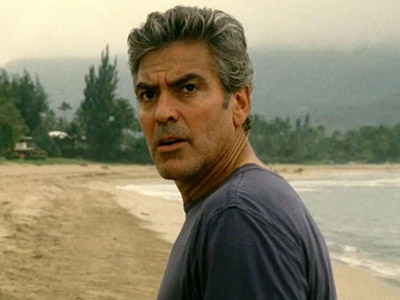 Oh, calm down. You're still a shoo-in for the Oscar.

More accessible LOLs are provided by Alexandra's tactless loser boyfriend Sid who is dragged along to all the family's very personal excursions. While he provides many of the film's funniest lines, Sid's exaggerated insensitivity seems out of place in a film otherwise inhabited by well-rounded characters. It's as though, at one of the draft stages, the writers decided there was too much 'dram' and not enough 'edy' and wrote this character in to every scene to compensate.

As is understandable when dealing with Payne's typically directionless protagonists, The Descendants occasionally feels like it is unsure of where it's going, yet it still always ambles along at a pleasant pace regardless, just as real life trundles along without pause. This isn't, after all, a film about overcoming adversity, but rather learning to cope with it. So is it Oscar-worthy? Maybe. But who cares when it's this enjoyable to watch?

More:  The Descendants  George Clooney  Alexander Payne  Shailene Woodley
Follow us on Twitter @The_Shiznit for more fun features, film reviews and occasional commentary on what the best type of crisps are.
We are using Patreon to cover our hosting fees. So please consider chucking a few digital pennies our way by clicking on this link. Thanks!