Quite frankly there are too many football hooligan films. So many, in fact, they're dangerously close to self parody. And they almost always feature the same things; double 'ard geezers off their fackin' heads getting 'proper nawty' and havin' it large. There might be some football tossed in too, y'know, for context. Oh, and a smattering of Stone Roses songs. And tracksuits.


It's perhaps a wise decision by Hooligan Factory writer, director, star and all-round top bloke Nick Nevern to not add to the dangerously-overcooked half-time meat pie that is the hooligan sub-genre, but have a right ol' bubble at it instead. It's not like Nevern doesn't know his stuff. He's already got Terry, The Rise And Fall Of A White Collar Hooligan and, erm, Hooligan Wars under his well-worn trackie bottoms. The man knows the source material back to front. He's probably even seen Green Street 3: Never Back Down.

And you know what, he might well be onto a winner. By joining in with us and laughing at these films – much like we've been doing for the last decade – Nevern and co-writer Michael Lindley have put a completely fresh spin on something that's overly familiar, and then turned that familiarity into a big joke. The Hooligan Factory could well be our Scary Movie. 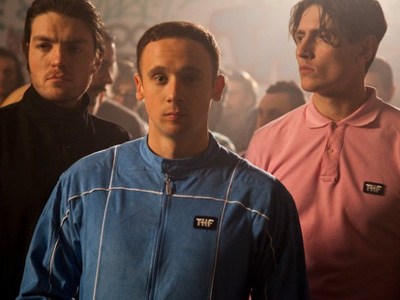 At the very least, our Meet The Spartans.


Opening with a Range Rover on a quiet country road in the middle of the night is a predictable set-up for many British gangster films. But instead of sticking to the same beaten track the scene delivers the film's funniest, most unexpected gag. And when you realise not even the 1995 Rettendon Range Rover murders are safe from a comical slap round the chops you can't hold out much hope for other British crime dramas escaping without a pasting.

Other than introducing our Dyer-lite geezer-in-training Danny (Jason Maza), the opening joke does little else. But young Danny, we learn, strives to be like his banged-up old man; a firm's top boy. He wants to emulate his father's achievements on the terraces. And after bumping into the recently-released Dex (Nevern), the 'proper mental' leader of the notorious firm The Hooligan Factory, Danny's wish might just come true. Taken under his wing, Dex, Danny and the reformed Factory travel the country taking on rival firms as they look to reclaim their place as the hardest nutters in the country.

It's astounding a hooligan spoof has never been made before. The idea has lots of room to stretch its comedy legs. While the writers know this you get the feeling they're not stretching them far enough. A running gag involving an undercover police officer for example is never properly addressed. 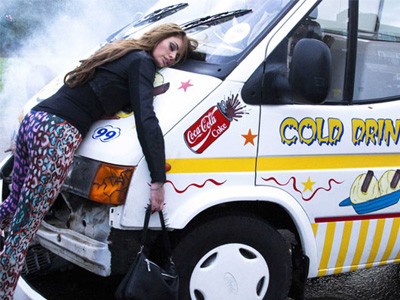 
There are some clever stand-out moments. Football firm leaders getting together for an annual gentleman's meeting is an extremely funny idea. Nevern and Lindley clearly had a lot of fun playing to the extremes. They might all hate one another but they don't really want to get hurt too badly. When Danny throws a premature punch, breaking someone's glasses, it's met with great disappointment from the rival firm's leader.

The biggest test for Nick Nevern now will be to see how he follows this up. He's a talented director and The Hooligan Factory is an enjoyable, very British, original concept with plenty of recognisable mugs popping up, many of whom plied their trade in the very films this is sending up. Yeah It's a bit sloppy around the edges, there are a few loose ends and they could've done with having more confidence in the material. But Nick Nevern and Michael Lidley have discovered an untapped British comedy niche that's ripe for exploring. Let's just hope they're more Zucker and Abrahams than Friedberg and Seltzer.

More:  The Hooligan Factory  Nick Nevern  Jason Maza  Tom Burke  Ray Fearon  Football  Spoof
Follow us on Twitter @The_Shiznit for more fun features, film reviews and occasional commentary on what the best type of crisps are.
We are using Patreon to cover our hosting fees. So please consider chucking a few digital pennies our way by clicking on this link. Thanks!