The Odd Life of Timothy Green

Star Wars or no Star Wars, here's Disney's bread and butter: family films about something magical happening. Now, there's not a lot of point complaining that they're overly saccharine: you knew what you signed up for and you got it. The Odd Life of Timothy Green spoons on a couple of extra helpings of sugar, sure, but I can hack that happily enough. What's tougher to get around is a structure that means it's painted itself into a corner within the first five minutes. Wait a second: bread, butter, sugar, paint ... nope, no mixed metaphors there. We're good to go.


A common complaint when it comes to a review of a children's or family film is that the critic has judged it by the standards of 'worthier' fare, ignoring the fact that he is not its target audience. If the kids like it, who are you to disagree? I'm not sure there's any real solution to this, other than to hire ten-year-olds to write film reviews. Personally, I don't see a lot of point in tearing something to shreds when it was never attempting to be a masterpiece, but check in with me in a couple of years when I'm all jaded and complaining because I didn't get a free drink at the Madagascar 4 screening. Where the hackles get raised a bit, though, is where a film doesn't seem to make the effort to please a family audience. And while The Odd Life of Timothy Green isn't going to deliver a terrible family day out, it doesn't try hard enough to make it a great one. 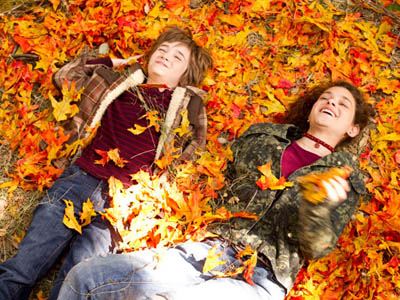 See what I mean? Lying down on the job.

Its chief problem is established straight away: you know how it's going to end, and you know you won't believe it. Cindy and Jim Green (Garner and Edgerton), unable to conceive a child, are in the office of an adoption agency, making their case. To convince the agency that they're suitable, they tell the story that forms the main narrative: to try and make peace with their childless future, they wrote down all the things they'd want their child to be, then put the bits of paper in a box and buried it. The next morning, a young boy called Timothy Green had grown out of that box in the ground, and through him they learned how to be parents.

It seems churlish to point out that this would obviously result in their being kicked out of the office for wasting the agency's time, because you're supposed to suspend your disbelief and go with it. But you can't, because the film doesn't try hard enough to let you, and so you're doomed to reject its obvious conclusion. Instead, it attempts to show you Timothy touching the lives of those around him with his idiosyncrasies, melting icy hearts and letting people know it's OK to be different. But everyone he's met seems oddly unchanged, save for one montage near the end that is supposed to demonstrate how influential he's been. 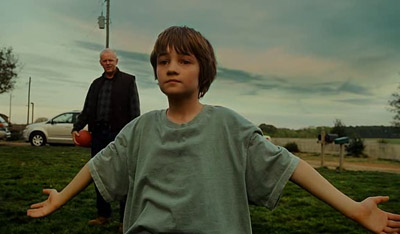 Garner and Edgerton do an excellent job with what's here, it should be said, and there's a decent supporting cast including people like Ron Livingston and David Morse. There's the hint of a slightly grittier story about recession-hit small-town America that the director maybe wanted to tell, too, when the factory closes and Edgerton has to tell his workmates they're out of a job. This is the kind of thing that could've made Timothy's effect on the people around him more acute, if given more room to be explored.

You can take this as no great surprise if you like, but there's no need to take the kids to a family film and accept that it won't satisfy. This sort of magic-realist wish-fulfilment fantasy can and has been done wonderfully well: the story has parallels with Big, for example, where a boy (OK, a boy in the body of Tom Hanks) reminds everyone around him that they've forgotten the wonder of childhood. When Big nears its end, there are a few ways it could play out, and any one of them would break your heart. But when Cindy and Jim finish telling their story, you know what the outcome's going to be, and you don't believe it for a second.

More:  The Odd Life Of Timothy Green  Peter Hedges  Jennifer Garner  Joel Edgerton  CJ Adams  Ron Livingston  David Morse
Follow us on Twitter @The_Shiznit for more fun features, film reviews and occasional commentary on what the best type of crisps are.
We are using Patreon to cover our hosting fees. So please consider chucking a few digital pennies our way by clicking on this link. Thanks!