Very briefly: Hugh Grant plays Keith Michaels, an Oscar-winning scriptwriter who's fallen on hard times, so must leave LA for a teaching job in a non-descript town, populated by 'quirky' archetypes who will help him realise he's the only one who can give himself a second chance at life. Marisa Tomei plays idealistic hot-single mum Holly who IS having another shot at life trying a screenwriting course at college, but they don't even so much as snog; instead, Keith and Holly just whimper at each other in a bookshop until he realises that he's not going to get much further in life being a stuttering, lecherous and cynical old has-been. 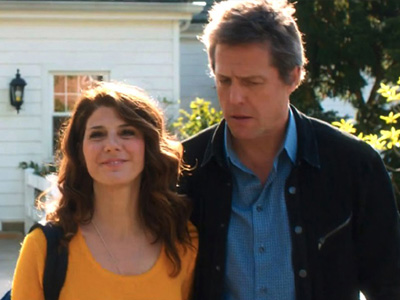 
The problem with it isn't really Hugh Grant as such (I mean, given the chance, I probably still would, y'know?), but The Rewrite tries so hard to be a knowing fish-out-of-water romcom, when it contains neither romance nor comedy. Any sentimentality or sweetness is completely wrung out within the first half an hour and then there's literally nothing for the rest other than Hugh Grant phoning it in and one-dimensional characters who say their piece and then disappear. As Keith is teaching scriptwriting, there are a few nods to Hollywood tropes and clichés shoehorned in but they're so soft-centred they'd come first in the technical challenge on The Great British Bake Off.


It really is a struggle to find any redeeming features. I can't even say anything positive about the lighting because the class scenes were so obviously shot on two different sound stages; it's not too hard to imagine the students were filmed reacting to a tennis ball on a stick whilst Hugh Grant was in LA, acting à la Krusty The Klown, filming all his 'emotional' speeches in one morning, before doing something charming and foppish elsewhere. 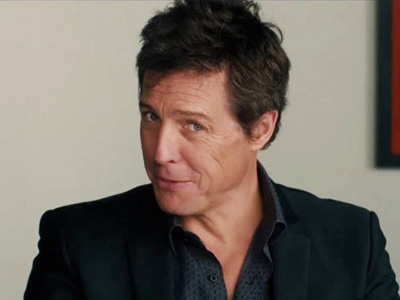 "I heartily endorse this event or product!"


The Rewrite is the movie equivalent of Ebola – you may think you want to touch the vomit, but don't do it, because then you'll be touching vomit and then you'll catch Ebola. I could have written a better ending, but I'm too busy finishing my script – Hollywood I await your call.

More:  The Rewrite  Marc Lawrence  Hugh Grant  Marisa Tomei  Hugh Grant  Hugh Grant  Hugh Grant
Follow us on Twitter @The_Shiznit for more fun features, film reviews and occasional commentary on what the best type of crisps are.
We are using Patreon to cover our hosting fees. So please consider chucking a few digital pennies our way by clicking on this link. Thanks!