So where the Transporter series once ran on the balding bad-assery of Jason Statham, now it has been 'refuelled' with... what, exactly? New action hero Ed Skrein - a former Game Of Thrones star extra - is hardly a nitrous gas boost worthy of such a title boast, is he? He isn't even fit to be called the Super Unleaded Stath. Surely, the 'refuelled' Transporter is only something to get excited about if the titular role was played by someone like franchise viagara Dwayne Johnson, who can provide extra lead in Frank Martin's pencil/engine. Or, wait, I've got it! Vin Diesel! Aw, c'mon. That would be perfect. What do I win?


Sadly, this new reboot is powered by something far more tasteless and insidious than its diet-lite replacement star. In fact, Skrein does a perfectly serviceable job as a younger, higher-cheekboned Frank, adopting the gruff whisper of his predecessor (even if it does frequently slip to reveal a more well-spoken young man underneath) and trying his best to match Statham in the fisticuffs stakes (even though he doesn’t get as much chance to showcase any real martial arts talent, possibly because he is lacking significantly in that department). 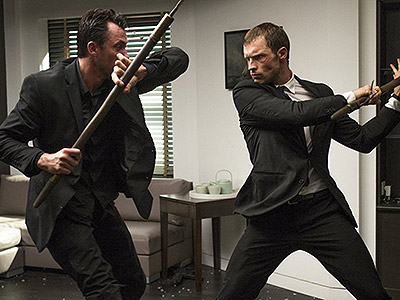 
And the main problem isn’t the utterly baffling timeline of this movie’s placement in the whole series. Pitched as a ‘prequel’ reboot, the film is set in 2010 for literally no reason and it makes no sense as a pre-trilogy era when you consider that Transporter 3 was released in 2008. In any case, both heroes and villains alike all have iPhone 6s and use improbably advanced apps that won’t exist in 2020, let alone 2010.

And no, the big serious issue isn’t the frequent forays into pure physics-defying ridiculousness, or laughably macho moments, such as when Frank Martin deliberately detonates his car, and then drives away in an identical vehicle, only to throw the old keys away which then also explode in the bin.

And it’s not the rushed editing during action scenes. Or the gross product placement for – among many other things – Grey Goose vodka. Or the over-explaining of the simplest of plot points to an assumed-dumb audience, such as the use of flashbacks to the intro sequence to explain that the bad guys then are the same bad guys now. In case that could ever be unclear. 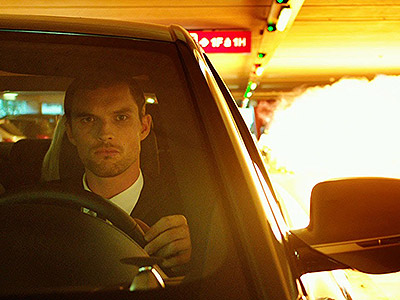 That cyclist really got what was coming to him.


No, the worst, most abhorrent crime that The Transporter Refuelled commits is its nauseating treatment of every female character that graces its convoluted story. When prostitute Anna kidnaps Frank’s father, Ray Stevenson – who is an embarrassingly sleazy ex-spy – she uses him as blackmail to make Frank carry out the complicated revenge plot she has concocted with her fellow abused hooker friends, which aims to put an end to their powerful boss’ reign as King Pimp.

So we have, at the heart of this action thriller, a grittier tale of sexual exploitation, of women forced into prostitution for over a decade and victimised by a cruel, violent monster of a man. And yet, at every available opportunity, the women are seen dancing in their underwear, slowly wriggling their butts as they undress, providing a lap dance in a hot tub (for no reason) and succumbing to Ray Stevenson’s old, sweaty dad-seduction. All for the ‘benefit’ of the viewer. 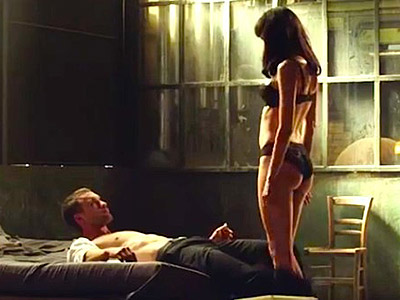 It's all ok though, because she's really hot.


Sure, there’s some fun fight sequences in the process, although only one of them recalls the inventive resourcefulness of Statham’s Frank Martin, and yes, in some other scenes, our hero also drives good.

But the double standard of sexual exploitation leaves overriding foul-smelling fumes in the air and you can't help but feel that neither The Stath - nor indeed Vin Diesel - would have stood for it had this been their film. And that's saying something.

More:  Transporter  The Transporter Refuelled  The Transporter Refueled  Ed Skrein  Loan Chabanol  Ray Stevenson  Radivoje Bukvic
Follow us on Twitter @The_Shiznit for more fun features, film reviews and occasional commentary on what the best type of crisps are.
We are using Patreon to cover our hosting fees. So please consider chucking a few digital pennies our way by clicking on this link. Thanks!