Considering that Wolverine is one of the most-loved comic-book characters, his cinematic adventures really have been borne out of a mixed gene pool. The 'edgy loner' was ingeniously made the centre of the X-Men franchise under Bryan Singer's direction, but by the time we got to his origin story, he had mutated into a caricature of superficial rage and testosterone (not to mention someone forgot to tell director Gavin Hood how to make his claws look realistic). It seems, for all the fan support for Wolverine, his stories are only as good as the person telling them. So how does newcomer-to-the-franchise James Mangold fare?

The good news is that the film focuses on an emotional heft sorely lacking in his last solo outing. Boldly set after the events of 2006's 'Last Stand', this is very much a character study of a man coping with intolerable grief at having killed the woman he loved, coupled with an exploration into the curse of his immortality. The film is essentially an admirable effort to make a mature drama out of a character best known for flying into a berserker rage. At times it shares more in common with The Grey than any previous X-Men instalment.

Unfortunately, the film also aims to still be a summer blockbuster, and so we get occasional dips into glossy action, which, while impressive in isolation, end up feeling like shallow attempts to fit a different genre entirely. Ultimately, they do a disservice to what Mangold is trying to achieve with the rest of the film, by highlighting the slow pace of the more dramatic scenes, making the second act in particular drag horrendously. 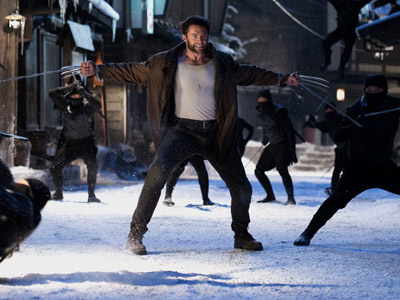 
The film as a whole is a mixed affair. The set-up is enticing, with Logan flying to Tokyo to meet a man whose life he once saved and being presented with an opportunity to be rid of his mutant power and live a normal life (i.e. growing old and settling down). The dilemma highlights Logan’s current situation; a man that can live forever but with nothing to live for, and as he finds his healing powers waning in the film, we see the character truly vulnerable for the first time.

It does, however, set up a mystery that is frustratingly left unexplored for much of the film. What has happened to Logan? Who is behind all of this? With Logan spending much of the film trying to protect a young woman from attackers, more time is spent on his personal predicament than the greater scheme at large, meaning that we spend the first two acts without any clear antagonist.

Elsewhere, the film thankfully uses mutants more sparingly than in Wolverine's previous superpower-saturated outing, mainly because the nearby village is apparently populated entirely by ninjas. That said, there’s only really his companion Miko, who can predict when people die, and Viper, a mysterious nurse with a reptilian tongue – who can apparently suppress another mutant’s ability – to add to the mutant roster. While their powers are certainly more interesting than the average superstrength or telepathy, they’re not fully explored enough in the film, leaving you to wonder exactly how they work and to what extent. 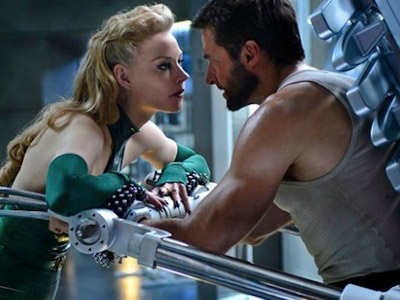 "Wait! Stay and chat for while - let my power sink in."


The action sequences are at least exciting pockets of activity in an otherwise quiet film. The bullet train set-piece in particular provides thrills and laughs in equal measure, while the fight scenes in the rest of the movie are the usual quick-paced, acrobatic displays that we’ve come to expect from the franchise.

It is, however, a huge shame that, after flitting between two very different tones throughout the film, the climactic third act delves into complete silliness, presenting Wolverine with a larger-than-life foe to battle with just for the sake of having an 'epic comic-book showdown'. Rather respectably though, the fight at least sees Wolverine in genuine peril and it’s refreshing to see that, rather than the usual end-of-film reset that often occurs, he seems forever changed by the events in this film. 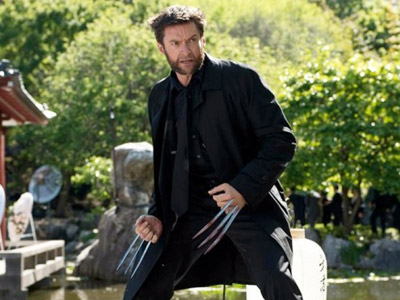 
The slow-quick-slow-slow-quick pacing is the film's real problem though as Mangold obviously struggles to strike a balance between action and drama. While this is a remarkable attempt to make a mature film that sits outside the blockbuster box, overall you'll be left wishing that it was a fun comic-book movie with some emotional weight, rather than a serious character study with a few exciting scenes.

It says a lot that a tantalising mid-credits sting teasing Wolverine's next adventure received the biggest reaction from the audience of the screening I was in. With this film just falling short of expectations, it’s only right for all eyes to be on original director Bryan Singer to restore the balance next time round.

More:  The Wolverine  Hugh Jackman  James Mangold  Wolverine  X-Men
Follow us on Twitter @The_Shiznit for more fun features, film reviews and occasional commentary on what the best type of crisps are.
We are using Patreon to cover our hosting fees. So please consider chucking a few digital pennies our way by clicking on this link. Thanks!