As much as I would like to believe that real-life spies jet around the world using their blow-dart pens and laser watches to prevent megalomaniacs from stealing Fiji, this film is probably closer to the truth. John Le Carré’s double agent vision (based on his own experiences working for the intelligence services) tells a less dynamic tale of political decisions, uneasy alliances and lots of sizing people up. And instead of a simple mission involving a casino, a volcano lair and a henchmen fight, this authentic spy-work is complicated as fuck.


It’s of massive benefit then to have many of the best British actors carrying this dense, convoluted plot through its many twists and knots. Gary Oldman gives a career highlight with his uncharacteristically understated George Smiley, who comes out of semi-spy-retirement to investigate the possibility of a mole within MI6. This involves taking Benedict Cumberbatch under his wing to delve into the history of his former colleagues, Colin Firth, Toby Jones, Mark Strong and a few other lesser-known actors, as well as former boss John Hurt.

All the while, director Tomas Alfredson fills the screen with the same kind of vintage, clinical tone that laced his Let The Right One In. His distant, dispassionate portrayal of events make this Cold War even colder and a tendency to zoom in on the mundane elements within a scene mimics the way a spy would pay attention to the smallest of details. 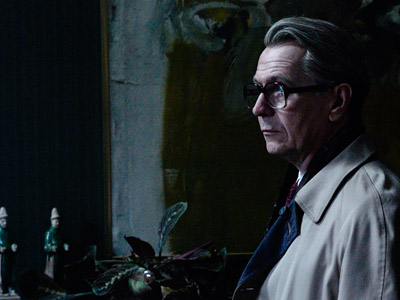 That’s why he needs the big glasses

While Oldman obviously carries the film with his blank canvas Smiley – a spy apparently so good at being inconspicuous, you can practically see Oldman merge with his background in every scene – the stand-out actors among these many veteran thespians are, surprisingly, the younger ones. Cumberbatch performs some nifty espionage tricks with his now-familiar Sherlock craftiness as he does Smiley’s legwork for him, and Tom Hardy, proving again that he is an astonishing character actor, is worlds apart from his latest Warrior fighter as Ricki Tarr, an operative somehow caught up in the investigation.

All of which is very handy because the film quickly becomes an exercise in watching the brilliant acting rather than following the story, which, between the unstated developments and shifting timeline, is about as easy to understand as a deaf person on speed. It’s thoroughly engrossing stuff but I can’t remember a time I have ever had to so consciously concentrate on every word said. Just take a look at the notes I took while watching: 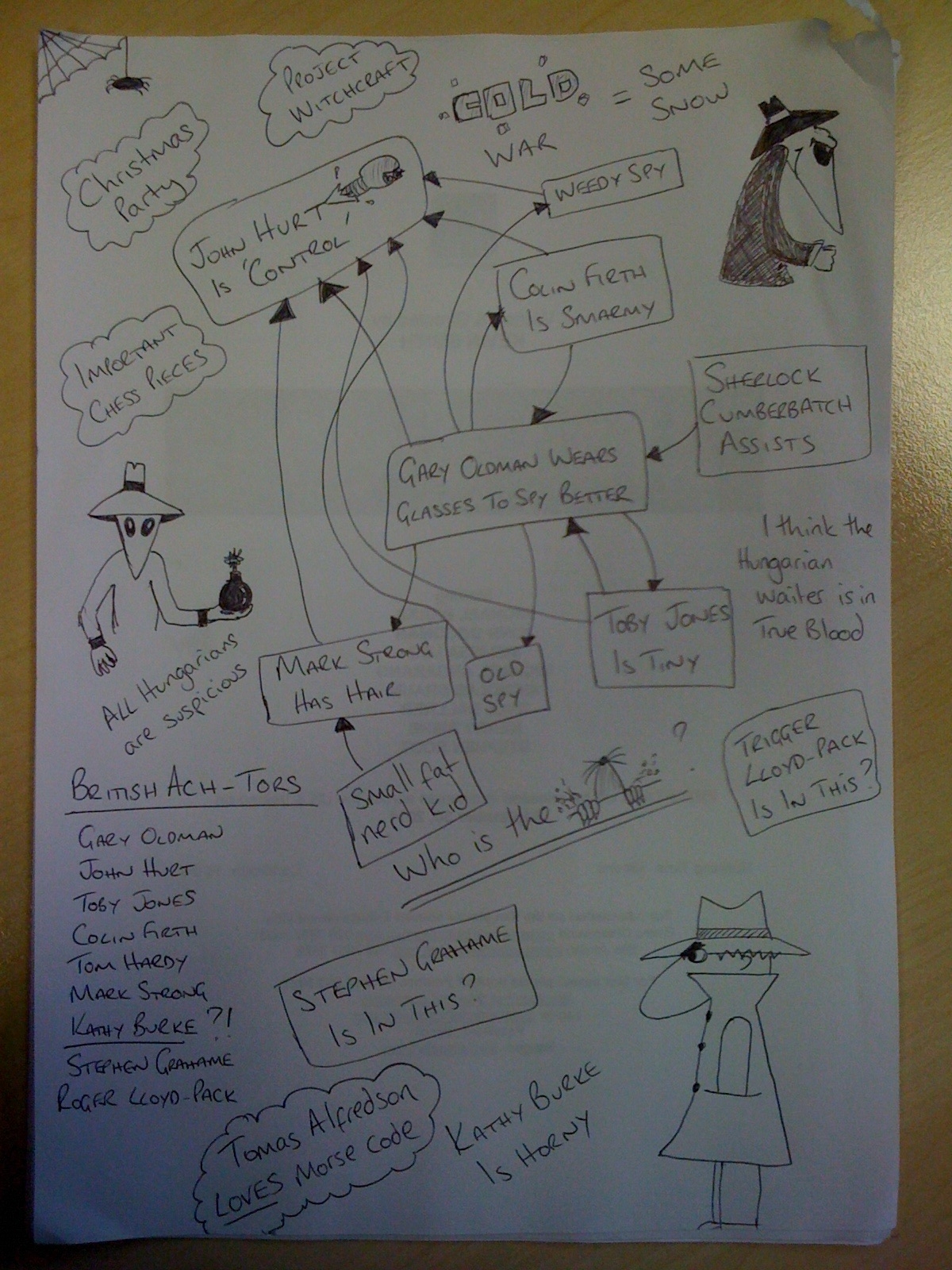 Luckily, the ending makes sense. You might not know how everyone got there, and you may have have no idea why some previous scenes were relevant, but it’s easy to sweep them into a dark, forgetful corner of your mind for the sake of enjoying the film in general. I may not be able to relay the film’s plot to anyone who asks, but I understood the premise and the ending and that’s the most important thing. I’m sure I understood the ending. Yes, I did. I definitely did.

More:  Tinker Tailor Soldier Spy  Tomas Alfredson  Gary Oldman
Follow us on Twitter @The_Shiznit for more fun features, film reviews and occasional commentary on what the best type of crisps are.
We are using Patreon to cover our hosting fees. So please consider chucking a few digital pennies our way by clicking on this link. Thanks!