Trance wastes no time in getting going, so neither shall I. Sir Danny of Boyle hops genres yet again to try his hand at a heist thriller, and it races out of the gate as if the essence of speed was necessary to maintain its air of deception. We're introduced to James McAvoy's art curator Simon, who swiftly tells us exactly how you'd steal a priceless painting if you were so inclined. He is, and does, but partner in crime Vincent Cassel soon thumps its location out of his noggin, setting up Trance's central conceit: how do you retrieve something thought lost from the human brain?


The set-up pulses with urgency and crackles with intrigue. Pacey and slick, it's vintage Boyle; fluid, dynamic, and – naturally – shot at a near-permanent 15 degree tilt. As openers go, it's a masterpiece in economical storytelling and leaves you poised for a classic. Then, sadly, Boyle takes his foot off the accelerator and starts doing donuts in the movie's metaphorical car-park: round and round in circles he goes, directionless but determined, his navigation inaudible over the sound of his own screeching tyres. The momentum is lost: Trance trundles over the finish line, leaving you – the passengers, if we're to continue this torturous automobile metaphor – shaken and stirred but utterly clueless as to how you arrived. 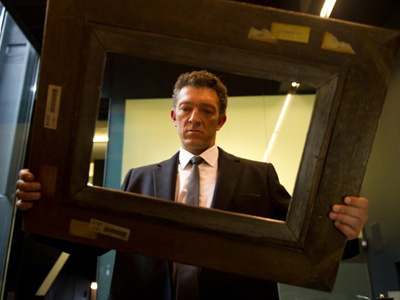 
Boyle has never been one for style over substance (save except for the camera flourishes in 127 Hours, excusable in such an otherwise static movie) and Trance is not lacking for memorable moments or relatable characters. McAvoy's hapless protagonist and Cassel's criminal are not so dissimilar, nor is Rosario Dawson's hypnotherapist, employed to wrap her hands around McAvoy's bruised brain. No character is without varying shades of grey and each display equal measures of charm, vulnerability and deviousness. There is no real hero or villain, and no combination of the leads that doesn't produce heat. In the twisted framework which Boyle allows, the central trio tangle themselves up in moral knots, forcing you to observe them differently. Trance is a movie which demands your attention, but frustratingly, it also enjoys serving up distractions.

One thing you can say about Trance is that it doesn't follow the path you think it will. Unfortunately, this seems to be the prime directive of writers Joe Ahearne and John Hodge: to throw you off their scent. The result is a film so twisty and slippery that it almost succeeds in making you lose interest in its outcome. Gradually, it frees itself from your grasp, and your involvement slides from active to passive. That initial surge of adrenaline wears off and leads to a prolonged patch of drowsiness.

Boyle is to blame in part for this second act fugue; he deploys flashbacks in flashbacks, dreams within dreams, chronology shifts and fantasy sequences, but they're brusquely edited together with no clear distinction between what's real and what's now. McAvoy's opening voiceover is quickly abandoned: he's a narrator so unreliable he did a runner during lunch and never came back. The aim was clearly to create a hazy, dreamlike structure, but in laymen's terms, Trance is all over the shop. You need a PHd in mindfuckology to follow it. 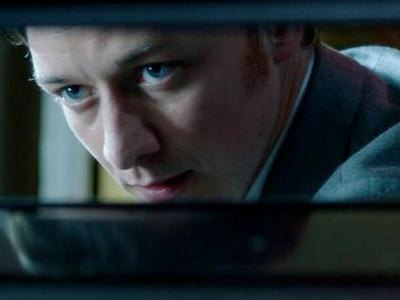 
Mercifully, it's never less than masterfully shot. Boyle shows moments of bravura genius – the burial scene, the half-exploded head, the tracking shot in the opening heist – and though you're never quite sure how he gets there, he delivers a heart-stopping finale which goes some way to saying sorry for the preceding aimlessness. It goes without saying that the soundtrack from Underworld's Rick Smith is essential, acting as the movie's heartbeat, pounding harder and harder as Boyle ramps up the tension.

The tragedy is that for every beat Trance gets note perfect, there's another misfire that plays on the mind. Demand close scrutiny and you'd better be sure your script is water-tight: the level of second-guessing and think-again-ing the film invites means that plot holes begin to gnaw at you, and sloppy errors (like, say, the number of bullets in a gun) start to feel falsely significant. The fact is, all Trance's twists and turns lose some impact because you're constantly told to question everything. You can only play the do-over card once; after that, the hand is void. Trance constantly struggles to find a balance between staying unpredictable and staying comprehensible.

Danny Boyle's ambitions are grand, perhaps too grand for a brief 101 minute thriller, but Trance is a noble effort at a modern movie set within the mind; a nebulous, paradoxical daydream through the human brain, complete with synapses firing on overload. But if a film's plot is so convoluted it can only be properly explained by extensive monologuing in its last five minutes, something's not right. The Trance PRs were insistent that everyone present at the screening I attended didn't share any of the film's spoilers. Frankly, I couldn't even if I wanted to.

More:  Trance  Danny Boyle  James McAvoy  Rosario Dawson  Vincent Cassel
Follow us on Twitter @The_Shiznit for more fun features, film reviews and occasional commentary on what the best type of crisps are.
We are using Patreon to cover our hosting fees. So please consider chucking a few digital pennies our way by clicking on this link. Thanks!