Michael Bay finally did it: he exploded history. Not content with retconning the dinosaurs in the last part of his ever-growing Transformers universe, Bay has now officially changed the course of human history. The Last Knight not only rewrites Arthurian legend (myth, history, whatever), it puts an Autobot spin on World War II, the mystery of Stonehenge and even Stephen Hawking, via scenes that stretch from the depths of outer space to the bottom of the ocean. It's a miracle there isn't a scene where we find out Jesus was a robot too: the Crucifixicon. It is, I shouldn't have to say but will, an extraordinary payload of absolute horseshit: a Buster Gonad-style wheelbarrow of bollocks that will leave you flabbergasted as to how incoherent, lazy and contemptuous it is. I should say, however, that I haven't laughed so much in a cinema in years.


I won't even attempt to summarise the plot, because it's the kind of plot that makes you sound like an escaped mental patient when you spell it out in detail. Basically, right, it all revolves around a space god's attempts to retrieve Merlin's staff from Earth using a brainwashed evil Optimus Prime, yet at no point does anyone say "Cuh, you just can't get the staff these days". OPEN GOAL, GUYS. Let's just damn it with faint praise and call it 'ambitious'. There are trilogies' worth of material here vying for attention, yet so much of the running time is dedicated to empty, meaningless destruction, literally things smashing into other equally indiscriminate things. Vast swathes of expensive nothings will pull at your eyelids. It's chaos rendered on a genuinely jaw-dropping scale, matched only by the director's disregard for coherence. Transformers: The Last Knight is a truly spectacular waste of money; it's Andy Carroll and the KLF burning a million pounds on top of Trump's wall. 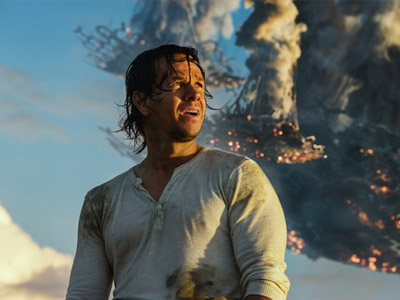 
I can't remember the last time I saw a screenplay so lazy. Dialogue is so far beyond parody it's impossible to know whether it should be taken seriously; at one point, Josh Duhamel's Super Army Man makes a stunning discovery and intones in a somber voice: "Oh my God... A big alien ship." All characters start out as one-note (mad historian, uptight but sexy professor lady) but slowly devolve into using crude Americanisms. Nowhere is this felt more sorely than in the character of Cogman, the - deep breath for a sentence I never, ever thought I'd write - sassy ninja robot butler, who starts out British and prim and proper like C3PO until suddenly he's expressing rage issues, calling people bitches and singing Ludacris lyrics. Oh, and he's voiced by the butler from Downton Abbey. Trace the thought process. All four seconds of it.

One scene, a classic comedic misunderstanding, sees folk downstairs misinterpret loud noises and dialogue from upstairs as rough pillow talk... except not a single line heard could realistically be interpreted both ways. It'd take five minutes for even a below average writer to punch up that scene, let alone a whole writers' room. The voiceovers too are dreadful; John Goodman delivers his lines with all the zeal of a man with 15 minutes to spare between jobs, reminiscent of Krusty the Klown speeding through his lines in the Simpsons sound booth. Even reliable old Peter Cullen is on autopilot, continuously repeating "I am Optimus Prime" like he's come down with a touch of what Anthony Hopkins' character calls "robot dementia".

You're given no driftwood to cling to; barely a single scene where you don't have to whisper under your breath, "Wait, what the fuck is going on now?" Mark Wahlberg is well served by the permanently confused look he is cursed to wear in perpituity, that single Diving Bell and the Butterfly expression locked in and deployed during scenes of peril/comedy/romance/other. Laura Haddock is the closest thing The Last Knight has to a saving grace, managing to come off as naturally funny and more than a little Lara Croft-y, although even she has to endure being squeezed into a tight black dress and having Wahlberg label her a stripper. Anthony Hopkins is at least off the leash, clearly revelling in the kind of material that allows him to play his trademark wistful mystery man one minute then a screaming nutcase the next. You'll find yourself longing for some sort of consistency, even from one scene to the next. 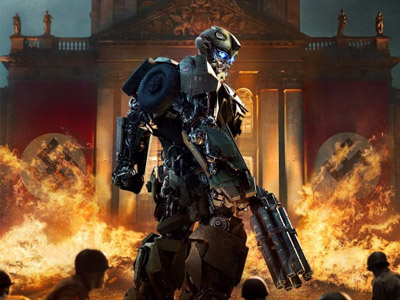 
The whole movie is a weird, unsettling mix of juvenile storytelling and military fetishism. Duhamel and his crew land at the final location and emerge all guns blazing, but we're never even told what they're firing at; explosions literally hide the fact that they're shooting at thin air. The director has an over-reliance on battlefield gymnastics, explosions sending soldiers spinning through the air, even in the Dark Ages: Michael Bay's History Of The World is exactly as braindead and boorish as you think it's going to be.

And yet, three stars. Why? Because it never fails to entertain, even if for the wrong reasons. This is a movie where Hopkins breaking into 10 Downing Street and threatening the Prime Minister with "the watch that killed Hitler" is a mere footnote; a movie where one of Her Majesty's Royal Navy submarines is revealed to be a Transformer; a movie where a robot planet cunts a hole in the Moon and no one bats an eyelid; a movie so astonishingly bereft of self-awareness, one character has a tiny doe-eyed robot moped friend called Sqweeks that might as well be called Jar Jar fucking Binks. I can guarantee not a single idea was taken off the table during its creation. I cried laughing. It cannot be parodied. Transformers: The Last Knight is untouchable. It's a billion-dollar bulletproof vest. You can't stay mad at something so adorably simple, it's like being mad at Forrest Gump.

More:  Transformers The Last Knight  Transformers  Michael Bay  Mark Wahlberg  Anthony Hopkins  Laura Haddock  Josh Duhamel
Follow us on Twitter @The_Shiznit for more fun features, film reviews and occasional commentary on what the best type of crisps are.
We are using Patreon to cover our hosting fees. So please consider chucking a few digital pennies our way by clicking on this link. Thanks!