Win Enter the Void on DVD plus a signed poster

Gaspar Noé's latest is a brilliant, controversial eye-trip of sex, death and drugs that will make you want to cleanse yourself immediately after viewing, so answer this question and you could be well on your way to the best shower you've ever had.


It doesn't make for easy viewing but Enter the Void is an unmistakeable masterpiece of explicit seediness and mind-raping visuals. In fact it featured prominently in our Top 20 Films of 2010, mainly because we had to credit any film that shows a giant CGI erection pounding menacingly at the camera before shooting a load. 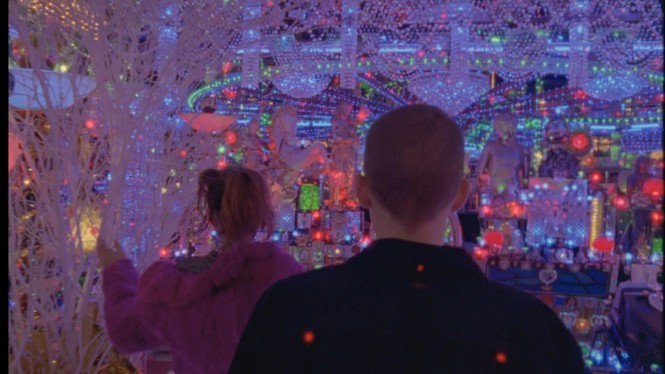 They have no idea what's in store for them.

Enter the Void is released on DVD today (no Blu-ray copy yet though - Boo!), and we've got a copy to give away to whoever wants to take on the challenge of actually sitting down and watching it. Not only that, but the lucky winner will also receive a poster signed by director and controversial auteur himself, Gaspar Noé. Don't worry folks, I checked and his signature has thankfully been applied with a pen and not, as I originally feared, in the semen of a paraplegic, or something equally controversial.

Two runners up will also receive a normal, unsigned poster. Not as exciting, I grant you, but at least there'll be less chance that you'll have Gaspar Noé's DNA adorning your wall.

All you have to do to enter this online competition is click here and answer the dumbed-down-for-more-entries question.

You can also find out more information about the film and its release on DVD on the official Facebook page and the film's website. Good luck (with both the competition and the film)!

More:  Enter The Void  Competition  Gaspar Noe  Weird Shit
Follow us on Twitter @The_Shiznit for more fun features, film reviews and occasional commentary on what the best type of crisps are.
We are using Patreon to cover our hosting fees. So please consider chucking a few digital pennies our way by clicking on this link. Thanks!