Can we please just stop with the stupid DVD 'editions'?

We all appreciate a good Director's Cut or an Uncensored Version. Hell, we may even own a Redux or two. But a new trend has been sneaking onto DVD packaging that needs to die in a horrible fire along with several poster gimmicks: specially-named 'editions' that literally don't mean anything. 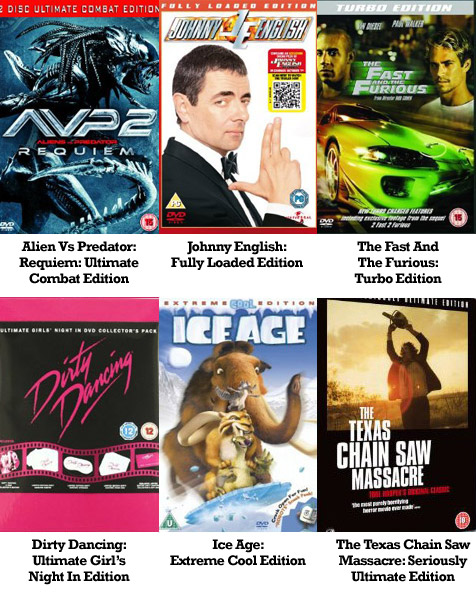 It's safe to assume this kind of thinking is what started the whole trend. When competing against legitimate extended cuts and so-called 'special' editions, the next logical step is to throw in increasingly more excited words like 'mega' and 'super-doopah-wow'. This also has the adverse effect of suggesting that any other release of the film is shit by comparison. 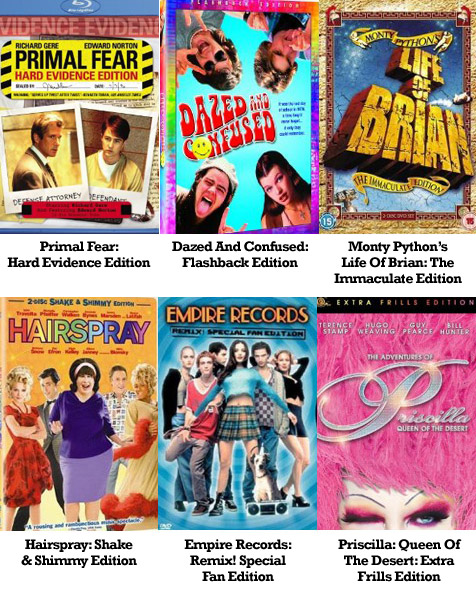 As if the cover artwork and synopsis on the back isn't enough to tell us what the film is about, we can now be treated to some help from the DVD title as well. Is there a version of Primal Fear that doesn't contain hard evidence? Can we look forward to seeing a 'Circumstantial But We Still Banged Him To Rights' edition of the same film sometime in the future? 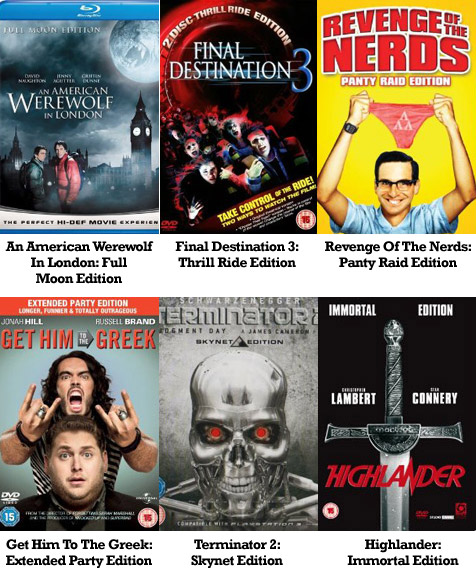 Now they're just ruining the films for us. The Immortal Edition of Highlander? What does that even mean? All that tells us is that Connor MacLeod is going to survive the events of this film. Coming soon: The Crying Game - Huge Schlong Edition. 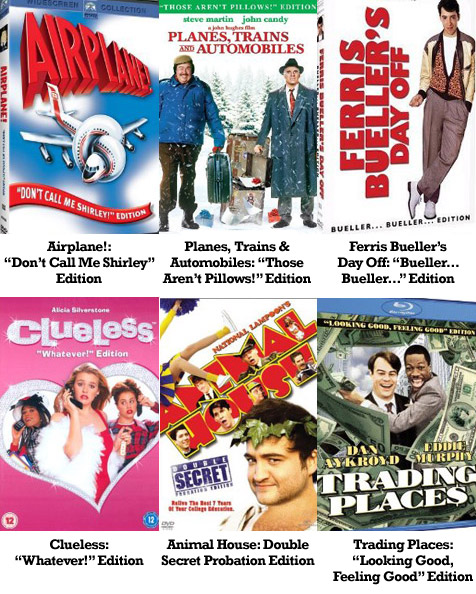 To a certain extent, I can understand using a film's most famous line to promote it on the DVD cover - "Don't call me Shirley", for example is about as close as you can get to a movie catchphrase. But the 'Whatever' edition of Clueless? That's not even close, and it makes me think that the main special feature is a still image of Alicia Silverstone shrugging. 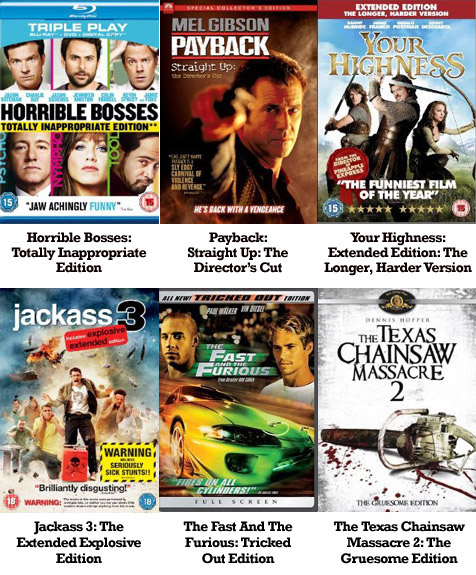 Apparently, if all else fails, go for broke with something that literally has no bearing whatsoever on what the DVD contains. The Totallly Inappropriate edition of Horrible Bosses? Does that mean...I shouldn't buy it? And yes, that is The Fast And The Furious in there again. (*sigh*)

Release you probably won't see: Caligula - Eww That's Your Sister Edition
Just for fun, why not scour your own movie collections and let us know in the comments if you have picked out any offending films? Then throw them in a skip.

More:  DVDs  Top10
Follow us on Twitter @The_Shiznit for more fun features, film reviews and occasional commentary on what the best type of crisps are.
We are using Patreon to cover our hosting fees. So please consider chucking a few digital pennies our way by clicking on this link. Thanks!