There's only so far you can call something 'DVD weekly' when you haven't actually bothered writing it for about a month. In our defence, the TV DVDs that came out in the weeks we missed were uniformly terrible, and you should be able to think of more imaginative Christmas presents than DVDs by now. 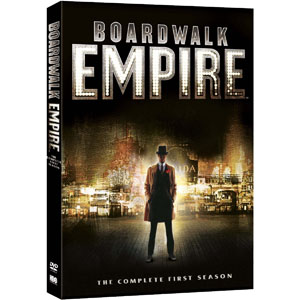 Yeah, sorry with the Boardwalk Empire AGAIN, but it comes out today so whaddya gonna do? Here's season one, which I might have given the impression when crowning it best thing of 2011 was actually a bit rubbish compared to season two, but on its own merits it's still fantastic telly.

Quite why we've had to wait till after season two finished for the season one DVD release (not just us, either: it only came out in the US yesterday) is a mystery to me, but it's very welcome nonetheless. The first season is Nucky's story mainly, dealing with how he starts to consolidate his power as Atlantic City treasurer and takes an interest in bootlegging once the Volstead Act is passed. His frustrated protege Jimmy Darmody starts to seek his own action out from under his wing.

I've said a lot of this before, but it's stunningly shot (spend the extra ten quid or so on the Blu-ray; you won't regret it. Unless you don't have a Blu-ray player, in which case you probably will) and packed with colourful characters, stand-out performances and little Sopranos-esque details and quirks that reward repeat viewing. I now promise to shut up about Boardwalk Empire until they release the first of a million season three teasers. 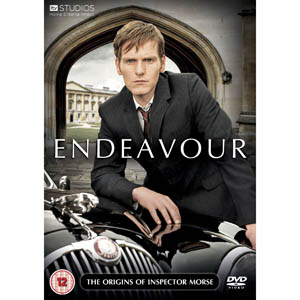 This is the Inspector Morse origin story, which reveals how he was bitten by a radioactive Morse-tapper which gave him super-sleuthing powers, and how he found Morgan Freeman in the basement at Morse Enterprises and he built the red Jaguar for him. I didn't catch this last week, but I meant to. Give me a second and I'll fire up ITV Player and give you some highlights.

Opening scene: a bloke who looks like Vic Reeves sits in a car and smokes. It is raining.

21.08: Morse doorsteps an Australian and walks around his house. "You're Australian, Mr Lomax," he says. This is the kind of rapier-like deductive reasoning that led him to become Chief Inspector.

47.01: Morse walks into a guy's office and quotes some poetry at him for some reason. You'd guess that the guy then threatens to call his superior, with whom he plays golf or is in the Masons or whatever. Didn't stop to find out.

01.13.29: Morse sits in a pub and tries to figure out who murdered someone, probably through a crossword clue or something.

I might watch this, actually. You could watch it yourself, even, and not bother buying the DVD. It apparently expires today on the web version but it says it's available for another 23 days on the PS3. You've got one of those, right? 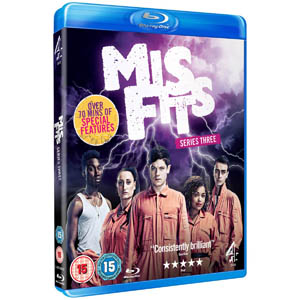 Here's another show from our Top 20 of 2011 list - I might have alluded to it eleven or twelve times previously - which is just fat-stacked full of weirdness, orange jumpsuits, swearing and nakedness. None of these are bad things given the right circumstances.

Now, this series has been out on DVD for a little while, but I'm highlighting the fact that it's out on Blu-ray this week, which should do it justice, because it's a rare British show that does effects sequences, and does them well.

So in summary, buy a PS3, which doubles as a Blu-ray player, and you will be able to enjoy all three of these releases. Also, would you mind playing me at Call of Duty and giving me a chance? I just keep getting shot in the back of the head the whole time.

Lie to Me - Season Three DVD
Hustle - The Complete Series Seven DVD
Shameless - Series Eight DVD
More:  DVD Weekly  Boardwalk Empire  Misfits  Endeavour
Follow us on Twitter @The_Shiznit for more fun features, film reviews and occasional commentary on what the best type of crisps are.
We are using Patreon to cover our hosting fees. So please consider chucking a few digital pennies our way by clicking on this link. Thanks!