Here's our brand new run-down of some of the most interesting TV DVDs out this week. And maybe a silly one, just because that's how we roll. This week; mockumentaries and documentaries, comedy and tears. And Gossip Girl.


The Strange World of Gurney Slade 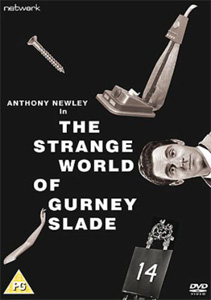 I hadn't heard of this series before seeing it listed as a new release; and I nearly passed it by, but just for the heck of it (and because I am a pro-procrastinator) I looked for clips on the old YouTube. And I'm very glad I did.

Described by David Bowie as "Tremendous", and by itself as "the great lost sitcom", Gurney Slade is a surreal mind bending comedy from 1960. Anthony Newley stars as Slade, an actor who walks off the set of a traditional sitcom and appears to have a nervous breakdown; we join him on his mindwander through his own alternative reality in which characters can step out of advertising posters and where he can hear the most intimate thoughts of passers-by and indulges in random conversations with inanimate objects. There's no real point to it, as far as I can see, except to be surreal and amusing. What more could one want?

It seems all at one completely 60's England ' everyone wears a hat and speaks proper ' and simultaneously beyond anything seen in that decade. Utterly bonkers. I've already ordered my copy. 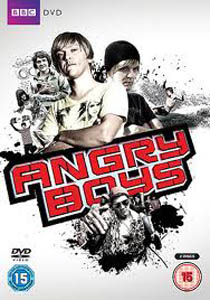 Summer Heights High was a surprise hit for BBC3 in 2007; surprising not because it was funny, but because it was on BBC3 and didn't star Will Mellor. An Australian mockumentary from human chameleon Chris Lilley, it was praised for its humour and its realism, despite the fact that Lilley played all the main characters - including a teenage girl.

Lilley's back with his 3rd series of Oz satire, and this time he's focusing on the culture of young Australian men in the 21st Century. Like in Summer Heights High and its predecessor We Can Be Heroes, Lilley plays all the principal characters; this time it's a total of 6, including twins and an elderly female prison warden.

While Angry Boys isn't as immediately laugh-out-loud funny as Summer Heights High, it is a very acutely observed character piece with flashes of incredibly dark humour. The dialogue is so naturalistic, and each person is so well developed that even though Lilley wears very little make-up, they're individuals and you quickly forget they're all the same 36 year old guy.

Louis Theroux: The Odd, the Bad, and the Godly 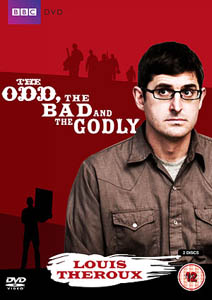 This is a collection of the last series of Louis' adventures, taking in the gangs of Lagos, the Super Jails of Miami, and spending time with everyone's favourite bigoted religious nutjobs, members of The Westboro Baptist Church.

We've got a lot to not thank Louis for; such as Channel 5's World's Tallest Baby, The Man Who Married His Car, My Tumour is My Lover and so on. It seems like any tall speccy guy can pick up a microphone nowadays and ask marginally sarcastic questions of unusual people and get it on TV. Having said that, Louis' series' are always worth watching, he really gets great access to people that wouldn't necessarily let the media in. He's harmless, open, trustworthy and sneaky as a fox; I doubt either Jimmy Saville or Paul Daniels will let him back in their house again'

These last few shows focus on international crazies and situations that are unfathomable to people watching on Sky+, licking Dorito dust from their fingertips. If you didn't see them on Iplayer, they're definitely worth buying or renting. 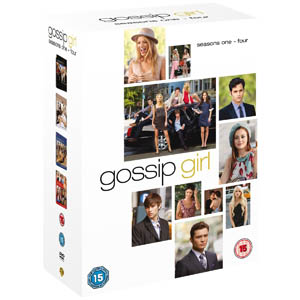 Do we know who Gossip Girl is yet? It's been four human years since Gossip Girl sparkled and sashayed onto our screens, full of intrigue, Louboutins, and abs. In the Upper East Side however, it's been about a decade. If you like sexy people smouldering, scheming and plotting then this is the show for you.

Personally, I lost track of all the backstabbing and who's sleeping with whom because they're trying to get their father released from jail after he double crossed their mum's maid's twin sister in a baby swapping arrangement. And that was just one episode.

All 4 series are gathered here for your pleasure, and frankly, it is a pleasure. It's sumptuous and tawdry all in one, but goes so very well with a bag of Maltesers, a pedicure, and a glass of something cold and French.

A Touch of Frost ' Series 1-15 ' Complete DVD
My Family ' Series 11 (11!?) DVD
Mock The Week: Too Hot For TV DVD
The Visual Guide To Passing Your Driving Test DVD
More:  DVD Weekly  Louis Theroux  Gossip Girl
Follow us on Twitter @The_Shiznit for more fun features, film reviews and occasional commentary on what the best type of crisps are.
We are using Patreon to cover our hosting fees. So please consider chucking a few digital pennies our way by clicking on this link. Thanks!