I got fed up of films this week, so Kirsty and I pulled the switcheroo on you: she's done the Films on TV round-up, and I'm doing this. Ha! Bet you never saw it coming! And you were like, "All of a sudden, up is down and black is white and I can't even remember my own NAME!" Hands up who actually noticed, then. 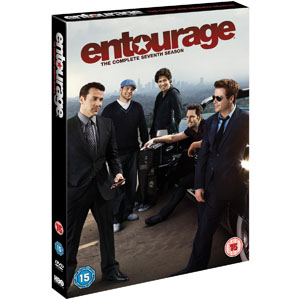 An Entourage seasons 1-8 boxset will be a pretty sweet deal when it surfaces, I reckon: it's funny, entertaining TV and you can easily get through six or seven episodes in an afternoon if, like me, you are largely shunned by your peers and so have a lot of spare time on your own. Till then, save your money, I say, and put it towards something more useful. Like endlessly calling Babestation and crying about how lonely you are until they actually hang up on you. 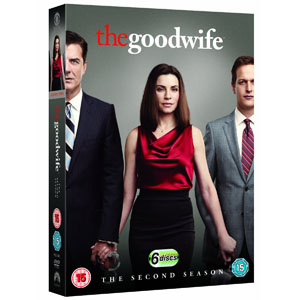 Ah, here's the rub when you write DVD Weekly: there's bound to be stuff you haven't actually seen. But since when did being entirely ill-informed about a subject mean we couldn't write about it?

Just for fun, I'll cite some things I've heard in passing about The Good Wife, before looking it up on Wikipedia and seeing how accurate it was. The main character was a woman in The Sopranos Tony had an affair with: the one he met in the Dr Melfi's waiting room and had sex with on a boat a few times, I think. Michael J Fox was in it for a little bit. The woman is someone's wife. She is good at it.

OK, turns out that's about 75% correct. Empirically, this means beyond doubt that Season Two of The Good Wife is 75% good. Don't know about you, but I like those odds. Even though percentages aren't odds. 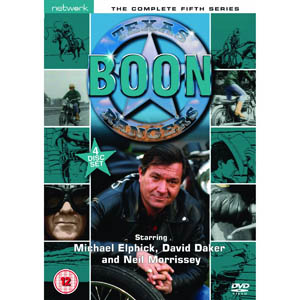 Boon! Shit, I semi-remember Boon. That is to say, I remember when he turned up in Eastenders as Kat Slater's uncle and it turned out he'd paedoed her up when she was a kid and he was Zoe's father. And then Zoe was like "You ain't moi muvver!" in the square, and Kat was like "YES OI RAMMMM!" Yeah, good old Boon.

None of that actually happened in Boon itself, of course. So maybe .. buy it? If you like putting money directly into the pockets of child abusers, that is. How do you sleep at night? 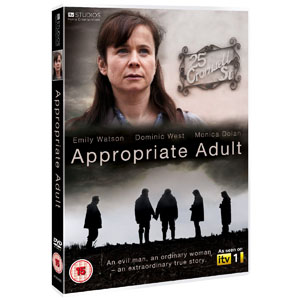 Turned out to be a pretty decent ITV drama all in all, did this. A tenner for a DVD of it doesn't sound like a bad deal to me either, especially because it means you can watch DomiFred West all over again without the interruption of those constant ad breaks where it said "Appropriate Adult: sponsored by Wickes cement" over and over again. Just me or did that seem inappropriate to anyone else?

OK, the ad break thing wasn't true. Read our review to figure out whether Appropriate Adult would be a good addition to your collection of serial killer memorabilia. I'm sticking my copy right next to the necklace I made out of human ears.

Doctor Who: The Day of the Daleks DVD
September Song - The Complete Third Series DVD
Big Love - Season 2 DVD
More:  DVD Weekly  Entourage  Appropriate Adult  The Good Wife  Dominic West
Follow us on Twitter @The_Shiznit for more fun features, film reviews and occasional commentary on what the best type of crisps are.
We are using Patreon to cover our hosting fees. So please consider chucking a few digital pennies our way by clicking on this link. Thanks!