I messaged director Ben Wheatley on Twitter if he'd mind doing an email Q&A about his ace new film, Kill List. He agreed. Read the interview and the amazing true story of our blossoming friendship below. 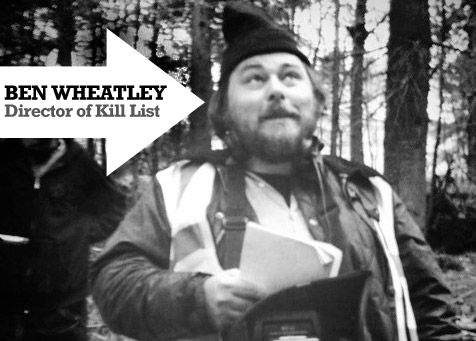 : First of all, Kill List is fantastic. Congratulations. Did it turn out as you'd hoped?

: Good. Where did the idea for Kill List come from? Is your filmmaking just a front while you actually carry out contract killings?

BW: I would be a rubbish contract killer as I can't drive. Though I suppose it didn't stop Tom Cruise in Collateral. You'd end up wasting a lot of money on cabs.

: What's that symbol all about then?

BW: You'd have to ask the cult that. They copied it off Harry Potter and Blair Witch if the internet is to be believed. I suspect it's a death mark. 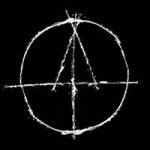 Or a wigwam in a crosshair.

: When it came to showing the violence dished out, was there ever a question of how much is too much to show?

BW: No. I don't think you should soft peddle violence.

: Neil Maskell is a revelation as Jay. What sort of direction did you give him? Is he easy to direct?

BW: I left Neil to get on with it. It's all in the casting.

: Michael Smiley is amazing. He's hilarious when he's funny, but terrifying when he's not. Did you write Gal with him in mind?

BW: All the parts were written for the specific actors. There wasn't much of what you'd call 'traditional' casting. 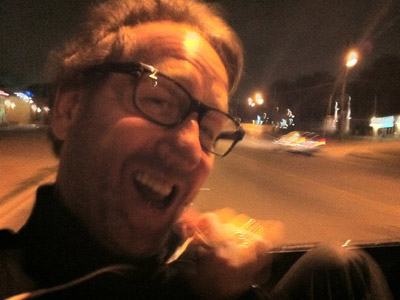 : MyAnna Buring has swanned off to Hollywood to be in the last Twilight movies. Will you be taking credit for her huge success?

BW: The DVD cover for Kill List is just a big picture of MyAnna with Twilight written really large across the top. Marketing genius!

: What's your favourite line in the movie?

: Were you aware of just how many terrible British gangster movies have been made over the last 15 years, and the need to distinguish Kill List from the legion of Lock Stock rip-offs?

BW: I like British crime films. In years to come there will be big coffee table books about them reclaiming it. But for now, they're unfashionable, like flares were in the '80s.

: Did you have any more backstory sketched out for the target characters than what we see on screen? How much did you want to leave open to interpretation and were you ever worried about leaving anything too ambiguous?

BW: I know what's going on. I know that the audience is very smart. And not everything is about explaining... sometimes it's about experiencing. 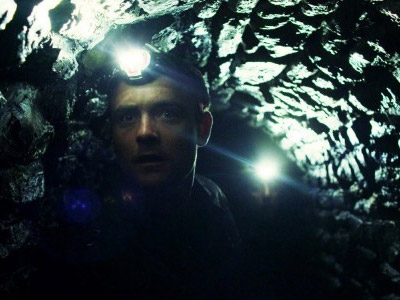 : Was there anything you would have liked to include in the movie but couldn't?

BW: One pop track that we couldn't afford. I knew we could never afford it... but you live in hope. [I asked what the song was, but Ben wouldn't tell me. I suggested 'Hit Me Baby One More Time' over the credits, but he didn't reply - Ed]

: Are you planning on releasing those horrible masks as Halloween costumes? You'd make a mint.

BW: Right up until the point when one set on fire and I got sued.

: How important was Down Terrace in making Kill List happen?

BW: Well, without Down Terrace there would be no Kill List, so very important. When you start out, filmmaking is very chicken and egg. No one will give you money to make a film if you can't prove you know how to make a film. Down Terrace proved we could make a feature film and opened a lot of doors. 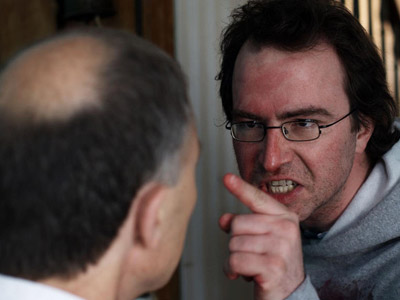 : I remember you from the b3ta.com boards. Did you ever get anything frontpaged? The only thing I got frontpaged was this.

BW: Yeah I had 18 frontpages and am very proud. I also guest edited a few of the newsletters with Rob Manuel. I love b3ta. [None of Ben's frontpaged pictures are archived on the site, but his most recent, in October 2006, was titled 'ROBOT HOLIDAY'. We can only imagine - Ed]

: You worked with Brian Blessed for your comedy series, The Wrong Door. Just how loud is he in person?

BW: Blessed is everything you expect and so much more. A living legend. 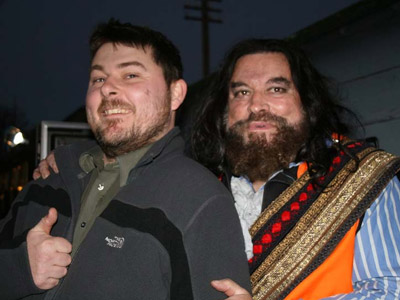 : What's next, movie-wise? Is there a franchise you'd like to have a go on? Alien? Bond? The Smurfs 2?

BW: Nick Frost is going to play Macrobane based on cartoons that I did on b3ta. I think I'd do a good Bond. Be lots of shouting. 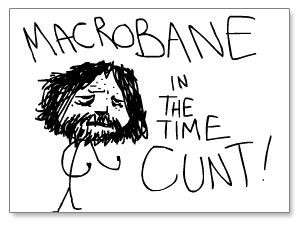 : Finally, can I be in your next movie?


I think he was joking about that last bit. Hope so. Kill List is out on Friday 2nd September, and in case you haven't got the message yet, is absolutely bloody brilliant. Go see it or I'll spit on you.

More:  Kill List  Ben Wheatley  Michael Smiley  Neil Maskell  MyAnna Buring  Interview
Follow us on Twitter @The_Shiznit for more fun features, film reviews and occasional commentary on what the best type of crisps are.
We are using Patreon to cover our hosting fees. So please consider chucking a few digital pennies our way by clicking on this link. Thanks!