The new poster for The Hangover: Part III is here, and Ken Jeong looks more punchable than ever, even in two dimensions. Is Jeong the most annoying actor working in Hollywood? (Spoiler: he is).


Of the many reasons The Hangover: Part II could be considered a colossal waste of everyone's time, money and effort, the fact we were still supposed to find Ken Jeong's gangster Mr Chow funny was by far the most galling. Here's a character who can be summed up in one sentence: an entitled prick who talks funny and acts a bit gay. Oh, and he has a small penis. Thanks goodness they didn't have him wear a silly hat, or my ribs would have splintered from all the EPIC LULZ.

The Hangover: Part III is incoming, and even though the tagline is merciful - "It All Ends" indeed - we still have a whole extra movie of Chow to sit through. Here he is, parachuting into your internet, being a screaming dickhole, practically begging to be set on fire. 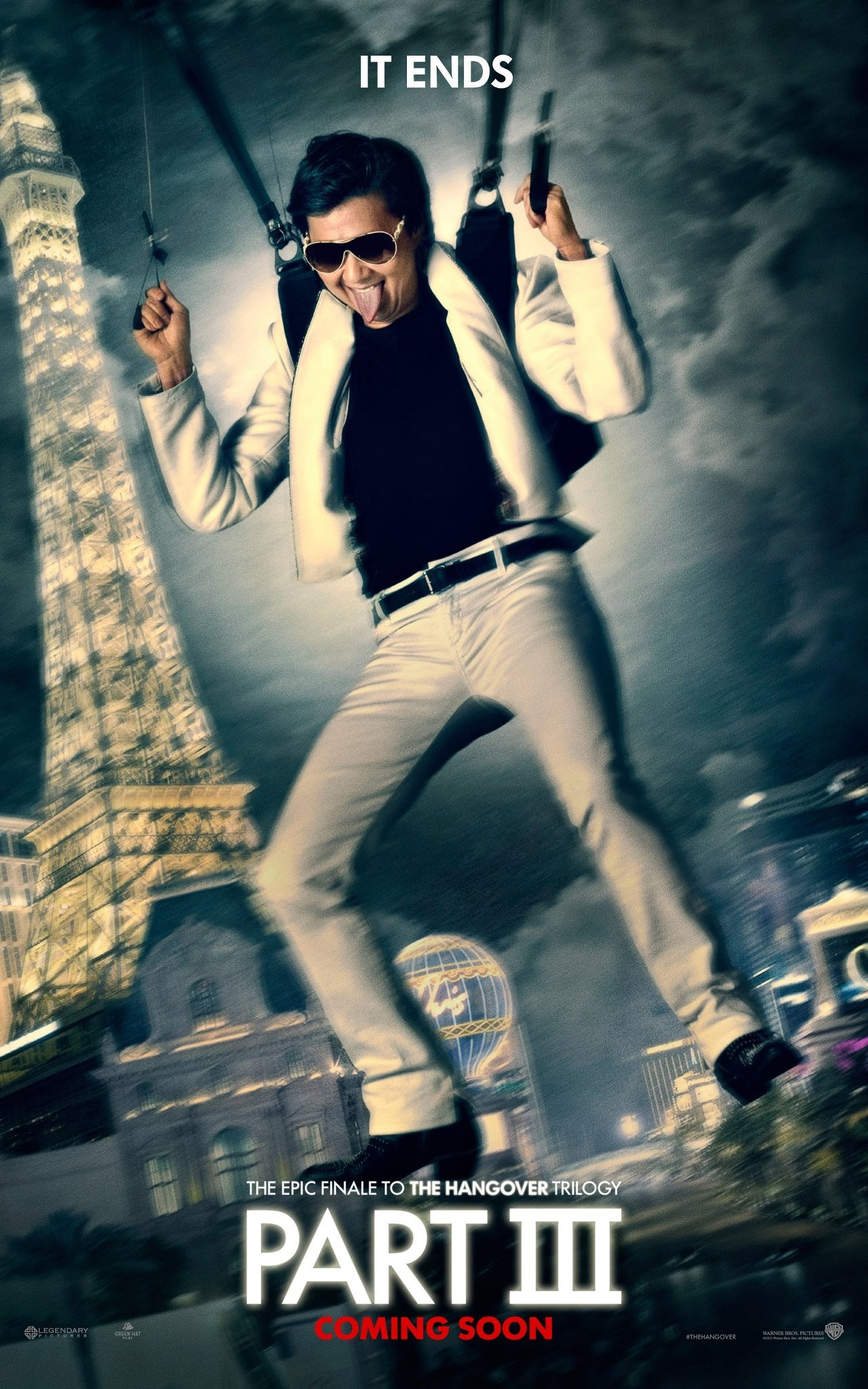 
This got me thinking: is there anyone out there working in Hollywood today who instantly inspires such disgust? Sure, we mock the likes of Nicolas Cage and Mark Wahlberg, but they've proved themselves with great work in the past; it's a gentle ribbing, the kind of which could be nervously laughed off as playfulness should I ever meet one or both of them in a dark alley.

But Ken Jeong? Fuck, that guy is just a harbinger of doom for your movie's comedic leanings. One annoying role and you'd say Jeong was a great actor. But a whole bunch of irritants, each one making you want to claw your eyes out anew? All evidence points to Ken Jeong being the most annoying man in Hollywood - and here's the proof.

Not yet released, Michael Bay's knucklehead kidnap thriller still finds time to squeeze in a Jeong cameo, in which he plays an extremely objectionable, rich asshole. I haven't seen it yet, but I'm sure he's a twat.
Venom - Zookeeper (2011)

"Hey Ken? It's your agent. Listen, Sandler and James have got this zoo movie they're making and I got you a part. Now listen, K-man, it's only a small part, your guy works in a reptile house, and... what's that? Yeah, I mean I guess you could make him overly touchy and creepy but... well, you've been doing that a lot lately, I just think... no sure, yeah. You're right. Just play it super annoying. I wanna get paid, right? Peace, homie!"
Jerry - Transformers: Dark Of The Moon (2011) 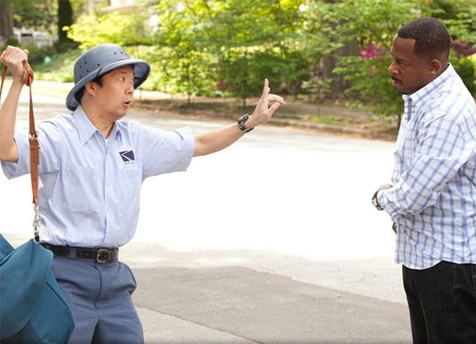 I'm not saying Ken Jeong is annoying, but if it came down to it and I had to pick one of these two guys to spend my last day on Earth with, I'd pick Martin Lawrence with a very heavy heart.
Daro - Vampires Suck (2010) 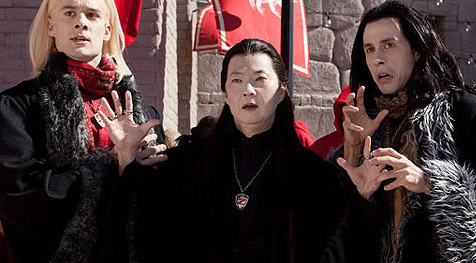 Ken Jeong played a starring role in this Twilight spoof, ably lampooning Michael Sheen's character of Aro, a part that was obviously originally played completely straight and was utterly immune to parody. I was going to see if Jeong's character called someone "bitches" like he usually does, but instead I found this quote on IMDB, which is much funnier.

I mean, I could go on but it's getting late. Jeong is mildly funny in some good movies - Knocked Up and Role Models spring to mind - but even then he's playing characters who are intensely irritating. As a counterpoint, I should also mention that he's a qualified doctor and only got into comedy by accident, and also seems like a thoroughly nice chap, but that sort of derails my point a little. What an idiot!

More:  Ken Jeong  The Hangover Part III  Transformers
Follow us on Twitter @The_Shiznit for more fun features, film reviews and occasional commentary on what the best type of crisps are.
We are using Patreon to cover our hosting fees. So please consider chucking a few digital pennies our way by clicking on this link. Thanks!