Secret Cinema Presents Casino Royale is 00-heaven, has a license to thrill, etc

Spies! Guns! Booze! Cars! Booze! If you have ever wondered what the point is of Secret Cinema’s immersive film screenings, or have ever asked yourself why anyone would ever be interested in inhabiting the world of, say, Dr Strangelove, then surely that cynicism ends for this latest 007-themed production. Because who hasn’t imagined themselves as the sharpest, sexiest superspy on the big screen? Who hasn’t wanted to indulge in the frisson of international espionage? Who hasn’t wanted to pretend-win a game of make-believe cards while sipping a themed cocktail named after an obscure Bond reference? This is exactly the kind of cinema that Secret Cinema was made to be secret about!


The real question though, is how to do it well, and this isn’t an easy one to answer. Whereas previous events for the likes of Moulin Rouge and Back To The Future had an obvious central fictional location on which to base proceedings, the titular casino for this film doesn’t seem like it would do Bond justice by itself. And so, what unfolds as you walk in through the doors of the ‘secret London location’ is a handy conceit that serves the globe-trotting nature of 007’s entire mission. It makes for something of a disparate experience for something attempting to be so immersive – or should I say I-SMERSH-IVE (get used to the Bond puns or GTFO, you… Octopussy) – but it means there’s plenty to see, do and explore. In short, Secret Cinema has built a world that IS enough.

And this gives you, and I can’t stress this enough, a choice. Do you want to go all in on playing dress-up, liaising with Q Branch to identify a notorious criminal and track their location from country to country in the name of her majesty’s secret service? Or do you just want to dick around, taking in the sights, the theatre and the copious amounts of drink and food? You can do either. Or both. Live twice. 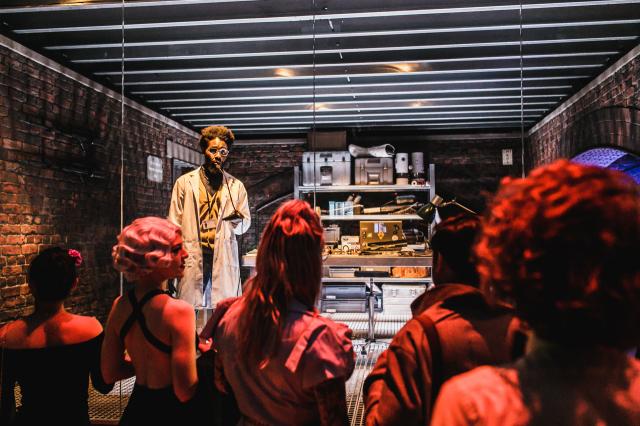 
Of course, participation is encouraged – expected, even – but it really is easy to scale up and down to taste. As is usual for Secret Cinema events, the prep begins weeks in advance by registering your profile and, in this instance, being assigned an 'alias' to use as your cover on the night. I was assigned the role of 'Jackson Batch' a music producer who, I decided as part of his back story, was contemplating changing his name to something that sounds less like a collection of hazardous petri dishes. Either way, in establishing my cover, I could only imagine the poor mid-level MI6 operative given the task of explaining what a music producer does to Judi Dench’s M. Or, better yet, Bernard Lee’s.

The purpose of the alias is tied into the assigned missions that get presented at the event (if you choose to accept them – yes, shut up, I know that’s a different franchise), and these vary from group to group, resulting in many different stories all playing out concurrently, with each player only knowing their own part. This is where Secret Cinema give themselves licence to absolutely kill it – even as a simple bystander, you can watch encounters play out and threads unravel throughout the whole night across the many international stages and set-ups. These often culminate in orchestrated bursts of action and, on one occasion, a particularly spectacular scene that leads perfectly into the actual screening. 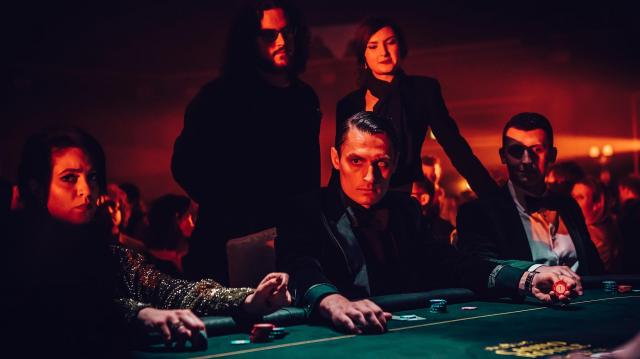 
This is perhaps, the greatest achievement that Secret Cinema gets right again and again with its events: any person’s evening is entirely unique to them. It’s a Choose-Your-Own-Adventure game of interactive theatre, where no one in the room on any one night and across the whole run of the event has the exact same experience as anyone else. At the same time, phones, photos and social media are strictly prohibited, never to be relived by anyone else or by yourself ever again. So every evening is a one-off. As such, Secret Cinema has found its perfect subject with the Bond franchise, because your Casino Royale experience will only ever be for your eyes only.

Interested in being Bond yourself? Or even Jackson Batch? Tickets for Secret Cinema Presents Casino Royale are still on sale over at SecretCinema.org.
More:  Secret Cinema  James Bond  Casino Royale
Follow us on Twitter @The_Shiznit for more fun features, film reviews and occasional commentary on what the best type of crisps are.
We are using Patreon to cover our hosting fees. So please consider chucking a few digital pennies our way by clicking on this link. Thanks!