Why Martin Scorsese's Hugo will flop

Martin Scorsese has a new film out next weekend! Goodfellas! Mean Streets! Casino! The Departed! A new movie from one of America's greatest living directors! Then... how come nobody cares?


First it went by the name The Invention Of Hugo Cabret, based on the book of the same name by Brian Selznick. Then it was amended to Hugo Cabret. Now, the week of its US release, Martin Scorsese's new movie is simply called Hugo. If you ever needed an example of a film being dumbed down before a single second has even been shown, there it is. Don't be surprised if it's known simply as 'H' when it's released on DVD.

I must stress this above all else: I haven't seen Hugo, so am not qualified to comment on its quality, nor am I a professional "box-office analyst" (whatever that is) so my predictions may prove to be hilariously wide of the mark. However, every fibre of my being leads me to believe that Martin Scorsese's Hugo will flop and flop hard, like a fat guy off a diving board.

Why? The most obvious and pertinent reason would be the movie's total lack of 'hook' - that single enticing element that captures the attention in an instant. Though it might be a charming and visually stunning adventure set in 1930s Paris, it features no major stars (aside from Jude Law in what looks to be a brief cameo), is not based on a successful existing property (Selznick's book is hardly The Da Vinci Code) and is not about aliens, cowboys, monkeys or Adam Sandler. Honestly, I've watched the trailer several times and still don't know a) what it's about, and b) if I even care.


It's a strange move for Scorsese to move into the realm of family cinema, though not entirely without precedent. Genre directors have been known to venture out of their comfort zone on occasion - see Wes Craven's Music Of The Heart, David Lynch's The Straight Story and Francis Ford Coppola's Jack - but, and here's the thing, they almost always scuttle right back to what they know. How many more straight-laced, non-disaster-based movies do you think Roland Emmerich is planning, given Anonymous' disastrous take? Scorsese has pre-empted Hugo's cinematic run by announcing he's directing Jo Nesbo's dark thriller, The Snowman - retreating back to familiar ground, in other words.

No one objects to a guy like Scorsese stretching his legs a little (one can't live off wiseguys and gangsters forever), but it does make marketing his latest adventure a tad tricky. There's no chance of trading on Scorsese's past successes on the poster: your average parent isn't likely to take their brood to a kids' movie billed as 'from the director of Raging Bull', while your average Scorsese fan probably isn't going to get much pleasure from seeing Sacha Baron Cohen crash into a cake.

Alongside the movie's subject matter, Scorsese's name is essentially meaningless - remove him from the equation and you have a film with no angle at all. No wonder it's proved a bastard to market. 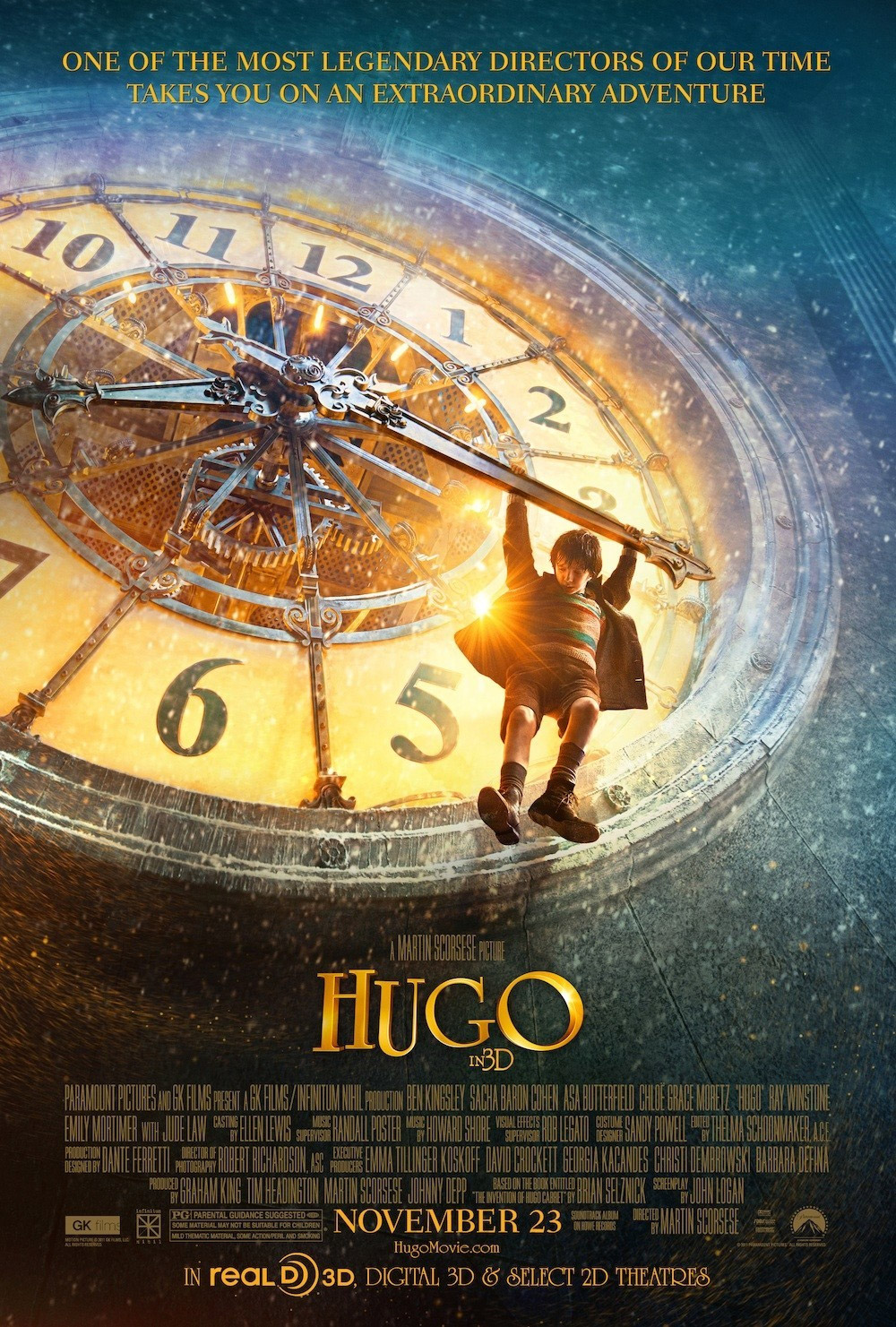 
Take a look at the poster. Hardly the most inspiring piece of promotional material you've ever seen, is it? Even with the cynical orange and blue colour scheme and the now pre-requisite jaunty font that's synonymous with family movies, it's lacking any real impact. The film may be a thinly-veiled love-letter to Georges Méliès, but to the lay person, it's just some kid they've never heard of hanging from a clock and oh hey look The Smurfs is still playing. Just an idea, Paramount marketing guys, but if your movie features an awesome animatronic robot, put it on the damn poster.

Poor marketing is one reason why Hugo will struggle; poor scheduling is why it'll get steamrollered. Despite opening on Thanksgiving weekend in the USA - one of the most lucrative weekends of the year - Hugo is up against The Muppets. Mentally add up every sight and sound you've seen and heard of The Muppets over the last few months and contrast it to how many times you've heard people mention Hugo. Hint: it'll be a rugby score. A New Zealand rugby score. No contest. It's suicidal scheduling. 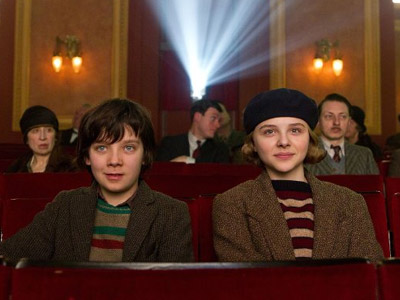 Exactly what won't be happening this weekend.


Hugo, on the other hand, is set in the 1930s and stars Asa Butterfield. Good luck convincing your kids that Martin Scorsese's ode to the godfather of cinema will be more fun than Kermit the Frog doing... well, anything. Even in the UK, Hugo opens opposite Happy Feet Two, a movie which can be succinctly surmised in three words: 'tap-dancing penguins'. Audiences really are that easy to convince. To my knowledge, Ben Kingsley does not sing any Stevie Wonder in his movie. Instant disadvantage.

Of course, all of this doombringing is not to suggest that Hugo will be anything other than wonderful; I'm not so shallow that I need big stars or micro-pitches or CGI chipmunks to enjoy a film. Hell, any movie with an estimated $170 million budget (ulp) is going to be a whole load of something, but you have to admit, all signs point to it struggling to break even. Even us literate and worldly Europeans don't seem that interested.

It's a troubling thought. Let's give him the benefit of the doubt and assume, given Scorsese's undisputed talent, that Hugo will be above average. Let's also assume it'll get bent over a barrel and rogered, box-office-wise, by The Muppets. That represents another black mark next to the box labelled 'original idea'; another reason to greenlight Mousetrap: The Movie instead of a bold, fresh new concept.

Blame the film's marketing department, blame the genius who dared oppose The Muppets or blame whoever decided $170 million was a fair amount of cash to spend on a film about a French robot who lives in a train station or something. Scorsese will survive, as will Paramount; the sad fact is, Hugo's inevitable crashing and burning will affect only those wishing to bring something new to cinemas: writers and filmmakers who don't think like advertising executives. They're exactly the kind of creative thinkers modern cinema needs, but they're also the easiest to ignore.

More:  Hugo  Hugo Cabret  Martin Scorsese  Asa Butterfield  Chloe Moretz  Jude Law  Sacha Baron Cohen
Follow us on Twitter @The_Shiznit for more fun features, film reviews and occasional commentary on what the best type of crisps are.
We are using Patreon to cover our hosting fees. So please consider chucking a few digital pennies our way by clicking on this link. Thanks!