Reports are suggesting that arthouse director Darren Aaron Aronofsky (middle name may not be factual) has been officially offered the hot-seat for Wolverine 2. Wonder if Werner Herzog fancies Ghost Rider 2?

I had trouble entertaining the idea the first time it was reported, but Deadline are reporting that Wolverine 2 is Darren Aronofsky's "if he wants it". Earlier this week, the director was linked with the new Superman, but Zack Snyder clearly had better experience in slo-mo.

"
"
"Aronofsky and Hugh Jackman already have a close relationship after they made The Fountain, and Aronofsky recently met with Fox chief Tom Rothman seeking the kind of creative control he's accustomed to.

"There was a lull in the talks when Aronofsky briefly flirted with directing Superman, but that job went to Zack Snyder. Meanwhile, Darren has developed some serious heat off festival showings of Black Swan. I'm not sure if he's going to do Wolverine 2, but it's his job if he wants it — and they are talking."
I bet there was a LOL in the Superman talks as well when Darren Aronofsky strode into the meeting with his super 'tache. I have a theory that anyone who looks and sounds as square as Darren Aronofsky is probably a badass pimp in real life (you know he be banging Rachel Weisz for reals) so maybe the idea of an indie-flavoured Wolverine sequel isn't too crazy. Dude could be a fantastic action director for all I know.

Or maybe D-MONEY just wants to get paid, son. Those solid gold grills won't diamond-encrust themselves. 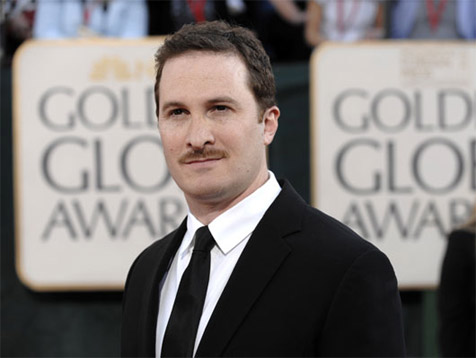 NNNNNNEEEEEERRRRRRRRRRD
More:  Darren Aronofsky  Black Swan  The Wrestler  Wolverine  Wolverine 2
Follow us on Twitter @The_Shiznit for more fun features, film reviews and occasional commentary on what the best type of crisps are.
We are using Patreon to cover our hosting fees. So please consider chucking a few digital pennies our way by clicking on this link. Thanks!