Remember back in 2007, when everyone was going mental about the 'fake' trailers showing in the intermission of Grindhouse? With titles like Werewolf Women Of The SS, Don't and Thanksgiving, they were tremendously trashy in-jokes - rare nods to the fans from cool filmmakers who just loved mucking about with the medium. How could you not love Nicolas Cage as Fu Manchu?

Fast-forward to 2011, and the fake trailers are the movies. Robert Rodriguez kicked the whole movement off by mistakenly thinking people who loved the two-minute trailer for Machete would love the same joke stretched out to two hours.

Other films like How To Lose Friends And Alienate People jumped on the bandwagon. Tropic Thunder had four of them custom-made to showcase their character's careers. Suddenly, competitions held to create fun fake trailers ended up being the source of actual, viable movie ideas: Hobo With A Shotgun started life in such a way. Everyone loves fake trailers. It's funny because they're not real, we say, while watching them. Ha, we say.

Ben Stiller must have caught the fake trailer bug on Tropic Thunder, because his Red Hour production company is going to be churning out 12 of the buggers and releasing them online. The Fake Trailer Project will see 12 parody trailers debut on the web over 12 weeks, with talent including Justin Theroux, the writers of Night At The Museum (oh, those guys) and Amy Heckerling; the perfect tenuous segue into this picture of Alicia Silverstone I've been caressing since seeing Clueless this weekend. 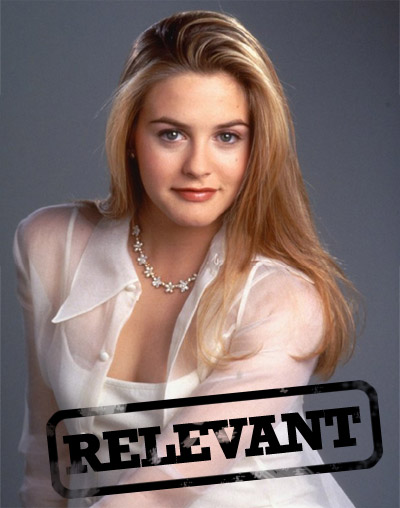 Now obviously I love a cheap laugh as much as the next guy, but part of me thinks these fake trailers are a bit quick and nasty. It takes precious little artistic skill to craft a gag that'll last just over 60 seconds; dollars to donuts they'll end up being semi-humorous off-cuts that just couldn't fit in the writers' other projects. Maybe with A-list faces. Har-de-har-har.

Then again, part of me hates that other part of me that's always so cynical about everything. Doesn't he know the future is all about the internet and trying new things and short-form content? Besides, this part of me seems to remember that part of me laughing pretty hard during the fake trailers for Tropic Thunder, so who knows what we can expect?

Obviously there will be retard jokes, I think that's assumed.

More:  Fake Trailers  Ben Stiller  Tropic Thunder
Follow us on Twitter @The_Shiznit for more fun features, film reviews and occasional commentary on what the best type of crisps are.
We are using Patreon to cover our hosting fees. So please consider chucking a few digital pennies our way by clicking on this link. Thanks!