A Cure For Wellness

A while back, I used the pun 'Shitter Island' to describe John Carpenter's horror comeback The Ward during a Halloween liveblog. As with all my puns, I reserve the right to reuse them whenever I want, so I'm recycling this one in honour of Gore Verbinski's A Cure For Wellness, another cliched asylum-based horror thriller. More like Shitter Island, right guys? Haha, good one Ali.


I knew very little about A Cure For Wellness going in, but I had assumed that it was based on a popular book or existing property, and I continued to assume that after I had seen it, because surely there was no way any studio would have green-lit a film that hoary and predictable if it didn't already have an established user base. Apparently I was wrong: it's an entirely original movie (a good thing!) that is entirely ordinary (a bad thing!). We're told original movies don't have that high a survival rate in the current cinematic climate, but pedestrian plodders like A Cure For Wellness deserve just as much of the blame for that as your big-budget blockbusters.

The movie is based almost entirely in a sanitarium in the Swiss Alps, where old farts go to find 'the cure' for ailments never adequately explained. Dane DeHaan plays Lockhart, a Lord Business finance bastard (you know he's a shit because he calls a colleague "pussy" and also his mother is in a care home because BUSINESS) who is tasked with collecting a former colleague from the spa and bringing him back to New York to complete a merger. Once he checks in, Lockhart can't check out, thanks mainly to the meddling of Jason Isaacs' sinister German doctor, who I'm sure you'll be surprised to hear is the villain. 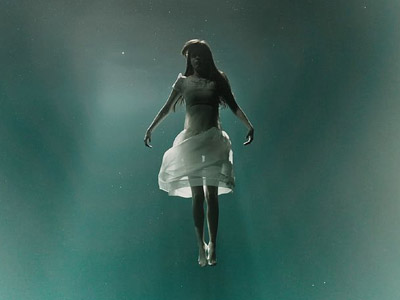 
A Cure For Wellness starts at a crawl and continues to fail to get a wriggle on for its entire 146-minute running time. There is nothing wrong with a movie that is careful and considerate with detail, but fuck me, the pace of this movie is sub-glacial. Even perfunctory establishing scenes, like the car ride that takes DeHaan up the mountain, feel like they play out in real-time - all the fun of an actual cab ride! Coming hot off the bun-numbing Pirates Of The Caribbean movies, which literally shot on the hoof as screenwriters frantically scribbled out new pages every day, it must have been a luxury for Gore Verbinski to not have to rush, but he's stayed in the tub too long and his shrivelled fingerprints are all over the movie, which drags as a result.

It doesn't, however, waste any time in establishing a tone - a tone which unfortunately veers close to self-parody. I mean, honestly: frowning villagers who stare at out-of-towners? Distant shots of shady figures peeping through curtains? Addams Family butlers who lurch around in the dark? There is way too much League Of Gentlemen DNA present here. You almost hope it's a piss take, and that Verbinski is playing up to genre tropes in order to subvert them later. Alas, it clings to them very, very tightly indeed.

Verbinski knows his way around a striking image (the opening mirror shot of a train riding a high rail in the Swiss Alps is breathtaking) but he's blind to the cliche in every scene. The film's gothic aesthetic is a good fit with the clinical Swiss setting, but the imagery is rote (foetuses in jars, looming-stags-as-spirit-animal hallucinations, Victorian-era medical equipment) and the attempted Lynchian overtones fall well short of the required surrealism. It's a sharp looking movie, bathed in a silver and green sheen, but it's sterile and lifeless.

DeHaan does his best but is under-served by a flat script and a one-dimensional character, and also by the fact that he always wears the look of a man woken from a nap just seconds before the cameras start shooting. Lockhart is the kind of character that figures out plot points around 45 minutes after the audience has already twigged, which means he's left to play catch-up with a maddening screenplay that's happy to have him running round in circles. It is no exaggeration to say that you could trim an hour from A Cure For Wellness and it wouldn't suffer. 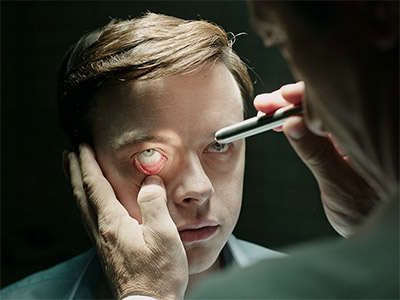 
Finally, a word on the eels. This movie has loads of eels. I am going to make a bold statement that this movie has the most eel screen-time in cinematic history. It is the movie that the eel community has been waiting for. It's not exactly positive eel representation, but the eels can't have everything. The eels play an integral part in this movie. They are arguably the best bit. Dane DeHaan is essentially out-acted by a series of eels. And though the ending is, for want of a less offensive term, 'mad as a bag of eels', the eels are arguably the only element of A Cure For Wellness that come out unscathed. Eels.

So that's that, then: a Shutter Island horror knock-off that's not scary, starring the supermarket own-brand Leonardo DiCaprio, that's at least an hour too long and that manages to be both boring and yet packed with buckets and buckets of writhing eels. Hur hur. Shitter Island.

More:  A Cure For Wellness  Gore Verbinski  Dane DeHaan  Mia Goth  Horror  Eels  So Many Eels
Follow us on Twitter @The_Shiznit for more fun features, film reviews and occasional commentary on what the best type of crisps are.
We are using Patreon to cover our hosting fees. So please consider chucking a few digital pennies our way by clicking on this link. Thanks!