Watching this fascinating documentary about a celebrity/literary scandal that unraveled in the media in 2005, it struck me that this is really something I should already know about. It's astonishing that the high-profile hoax at the centre of this film, which connected - and fooled - so many famous names across film and music, managed to happen at all, but the real miscarriage of justice here is that apparently I have been completely unaware of it until now. Was I more ignorant of the literary world and of pop culture in general than I thought? It seems unlikely. Regardless though, it's probably fair to say that going into this film entirely 'blind' makes for a more incredulous (and therefore more rewarding) experience.


That's not to say that those who know the story of JT LeRoy - of his/her celebrated novel and rise as a generational cult icon, and the subsequent exposure by the media as a fraud (the "JT" stands for "Jeremiah Terminator") - will be short-changed here. The back story explaining the development of this accidental lie feels extremely personal, the behind-the-scenes machinations that went into keeping the lie alive are filled with tension, and the A-lister anecdotes are hilariously cringeworthy. In an age where celebrity is everything, even more so now than then, this feels like essential viewing.

But, like The Imposter and Catfish before it (in a time before MTV turned the exploration of the dangers of social media anonymity into a weekly exploitation of idiots for cheap shocks), the less you know going in the better. Which is going to make writing this review really... fun? 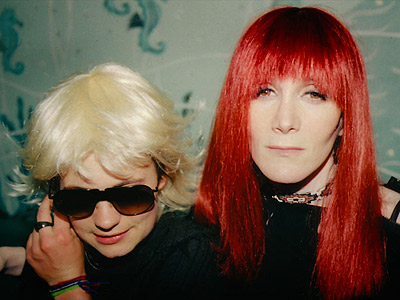 
Told mostly via a talking head with Laura Albert (the fraudster in question) and a series of recorded telephone calls from the time, as well as some archive news footage and kinda pointless illustrative animation thrown in, the documentary lets the story unfold in chronological time. Arguably, the film could have had more impact if it presented the facade and then revealed 'twists' throughout, but what this approach does allow is for the audience to see how quickly and easily the lie escalated from the start.

And as more and more famous names seem desperate to appear connected to the new tortured poet wunderkind on the block - Winona Ryder, Bono, Courtney Love (who at one point stops a telephone conversation halfway through to snort a line of coke) to name a few - the documentary becomes an incidental indictment of the phony world of celebrity. Meanwhile, with acclaimed talents like Gus Van Sant and Dennis Cooper becoming embroiled in helping, advising and even hiring JT LeRoy, the question of Albert's genuine talent is piqued. Only Smashing Pumpkins' Billy Corgan comes out of the whole tale fairly unscathed, apparently in the know all along, but allowing himself to be entangled in the affair anyway because that's just the kind of crazy rock kook-cat that he is. 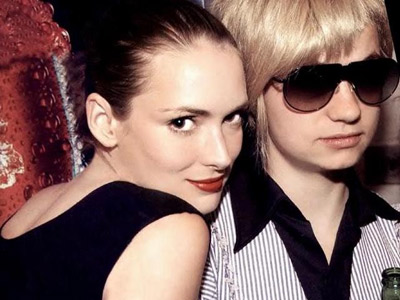 
Curiously, filmmaker Jeff Feuerzeig only allows for Albert's point of view, when it feels like there are lots of different sides of the story to give. In particular the documentary feels lacking for not talking to Bruce Benderson, Albert's long-term partner, father to her child and clear enabler. But then, in this way, the film subtly casts deliberate doubt on its own account until you ask yourself: just how much of what Albert is telling us is true? It's obvious that she is a troubled-yet-talented writer caught up in a lie that got out of hand, but how much of what happened was accidental and how much was masterminded by a clear attention-seeker? And just how does she happen to conveniently have all these recorded telephone conversations anyway?

However much of it you want to believe, a final coda reiterates the abuse Albert experienced as a child, and while it's easy to draw the line between this tragic upbringing and her subsequent behaviour, it's placement here seems cynical, like an attempt to make sure that Albert is only seen in a sympathetic light as the credits roll.

By which time, all I could think about was the planned biopic starring Kristen Stewart and James Franco. By the time that rolls round, there'll be plenty of people who will only just be hearing the name "JT LeRoy" for the first time, allowing me the opportunity to roll my eyes and scoff at their ignorance. "You've NEVER heard of JT LeRoy?" I'll ask incredulously, making up for lost time.

More:  Author The JT Leroy Story  Jeff Feuerzeig  Laura Albert  Documentary
Follow us on Twitter @The_Shiznit for more fun features, film reviews and occasional commentary on what the best type of crisps are.
We are using Patreon to cover our hosting fees. So please consider chucking a few digital pennies our way by clicking on this link. Thanks!