With all memories of the Ghost In The Shell remake already lost like tears in rain, it's time to leave behind the replicants and look forward to a replican. Blade Runner 2049 is that rarest of sequels: a belated, big-budget blockbuster follow-up that feels like the real deal, not a synthetic knock-off. Not only has Denis Villeneuve managed to capture the essence of what made Ridley Scott's 1982 sci-fi classic so captivating, he's expanded the Blade Runner universe, growing the original not just visually and geographically but thematically too. Where the first film felt impossibly claustrophobic and hemmed in, possibly due to it being a good few decades ahead of the curve in terms of budget and effects, here the enormity of Scott's aspirations are unleashed in spectacular fashion.


It's tough to talk about Blade Runner 2049 without wading into spoiler territory, but the movie starts you off on the back foot with almost its very first shot, when first we meet Blade Runner Agent K (Ryan Gosling, returning to the city of stars to find it considerably grubbier than when he left it). While on a case to retire a rogue replicant (Dave Bautista, doing lots with little), K winds up making an unnerving discovery that could have devastating consequences for both humans and replicants. Naturally this takes him on a colourful journey where he enjoys such larks as pondering his own existence, pontificating on the meaning of the soul and questioning mankind's place in the universe. More like Blade FUNner, right gang? 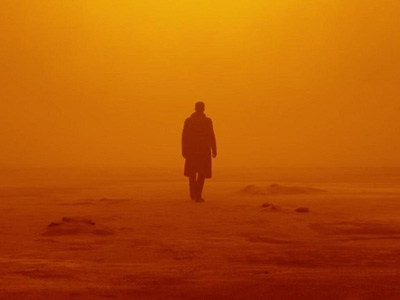 
Though not exactly a lol-fest (there is a great line about cheese), Blade Runner is rich with storied characters and complex relationships: the same old tensions between humans and skinjobs remain, but now there are deeper levels to dissect - robo-love, daddy issues, god complexes and more. A whole 50 minutes longer than the original, Blade Runner 2049 has all the time in the world to build its universe both outward and inward, and Villeneuve allows his characters plenty of room to explore their environments and themselves. Much of the emotional heavy lifting is internalised here; Gosling and Ford both do winning jobs at barely keeping the strain beneath the surface.

Despite the complexities, there are clearly delineated heroes and villains: Gosling, like Ford back in '82, makes a fine gumshoe, and Jared Leto as industrialist Niander Wallace has the stillness and presence of a particularly pretentious Bond baddie. Somewhere in between we're introduced to the movie's scene-stealer, Sylvia Hoeks' replicant Luv, a sort of corporate PA-meets-bounty hunter badass who kills for fun while getting her nails done. Her intensity single-handedly helps propel the movie forward in its more languid periods, and she makes for a brilliant secondary antagonist, clawing scenes away from actors at least four or five billings above her.

However, in truly cliched fashion, the star of the movie is Los Angeles. Villeneuve's roving eye is all the excuse cinematographer Roger Deakins needs to make magic, and wonder he does weave: the world of Blade Runner 2049 is as jaw-dropping a destination as any you'll see on screen this year. At once, the LA of the future feels both impossibly large and incredibly small - the retro-fitted future-grime aesthetic is given a fresh coat of rain, but the scum on the streets remains unwashed; sex and violence permeates every corner, while flickering neon pornography towers over the skyline, cutting through the smog. Even outside of the slums, Deakins finds beauty in ruin: orange-hued wastelands littered with monuments to sex; trash piles teeming with life or what's left of it. This is a vivid and vital world that has been evolving, festering, during the 35-year interim. For a city at death's door, it couldn't feel more alive. 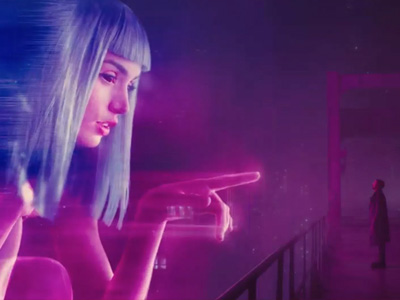 
Meanwhile, Hans Zimmer's Vangelis-flavoured synthscape redefines the word 'bombastic': it pulses beneath Blade Runner 2049 like an electronic heartbeat, at times reaching such intensity you worry the movie might go into cardiac arrest. It's like someone surrounded LA with a wall of sound and put a lid on it. Down on the ground, the streets literally snarl with mechanical menace, the volume reaching deafening levels, but Villeneuve also appreciates the value of silence to sell a scene. Like Ridley Scott, the Canadian director knows that style can tell a story just as well as substance, and Blade Runner cuts quite the image.

Considering how sacrosanct the original is, you might think Blade Runner 2049 has no right to be as good as the frothing reviews make it out to be, but for once the hype is justified: it's not just a worthy sequel to Ridley Scott's cult classic, it arguably makes it a better movie in retrospect. Fully fleshed out with a fierce imagination and sharp good looks, it doesn't matter if Blade Runner 2049 is a replica of an original model - it's even better than the real thing.

More:  Blade Runner 2049  Blade Runner  Denis Villeneuve  Ryan Gosling  Harrison Ford  Jared Leto
Follow us on Twitter @The_Shiznit for more fun features, film reviews and occasional commentary on what the best type of crisps are.
We are using Patreon to cover our hosting fees. So please consider chucking a few digital pennies our way by clicking on this link. Thanks!