Because it can't all be about Star Wars.


Here’s my pitch for a film that has the title Dark Horse: The Incredible True Story Of Dream Alliance: Dark Horse is an evil equine tyrant, like Dr Horrible’s Bad Horse, the Thoroughbred Of Sin who rules with an iron hoof and a terrible death whinny. He wears a black cape and can fly and shoot fire from his nostrils, and he resides in a multi-million pound mansion-stable with mares hanging off each leg and every world president in his pocket/saddlebag.

Rising up against his oppressive, blinkered rule, a group of like-minded, superpowered farm animals - such as Captain Wool and The Bovine Torch – team up to form a new justice league called The Dream Alliance. Then they go about leading an unbridled attack on the wicked stallion in order to take over the reins of power and restore peace to the land.

This, sadly, isn’t that. This is a documentary about a welsh barmaid who instigates a whip-round at her local pub to invest in and breed a racehorse. It’s still very good, of course, I just want to see my version on the big screen too. I guess you can’t really compare them though. 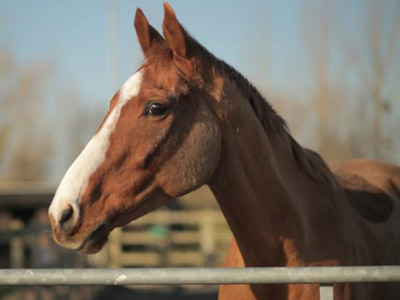 A horse. I'll be honest. I think this is Dream Alliance, but I really can't tell.


Anyway, Ali has kind of said everything there is to say on movie horses with his stunningly acerbic put-down of War Horse, in which he says "Fuck horses. I don't give a shit about horses. They're nice enough animals, don't get me wrong, but we have nothing in common. I've never owned one. I've never sat on one. I've never fed one sugar cubes. I've never even bellowed incoherently at one as a midget thwacked it with a leather strip to make it go faster." He also goes on to claim "they’re just sexy cows". And he has a point. About the first part, I mean.

Luckily, the difference here is that we aren’t expected to sympathise with a horse. We don’t have to pretend to care about how lonely or hungry or scared that horse is, or what it is thinking behind those giant dead marble eyes. Because this actually isn’t as much an incredible true story of Dream Alliance, as it is the heart-warming story about Jan Vokes and her gang of unlikely Aintree entrants. As the tale unfolds via a series of head-to-heads, real footage and subtle use of recreations, you begin to realise that this is a classic underdog story. Unspectacular though it may be, you get rooted into the passion that the figureheads behind Dream Alliance's rise-fall-and-rise in competitive racing have for their beloved animal. 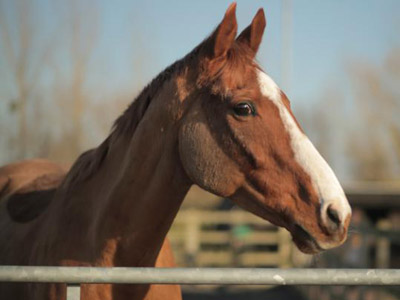 Another pic of Dream Alliance. Probably. Oh no, wait. I see what I've done now.

So what you get from this documentary is a very nice, mildly inspirational story filled with local character and sweet anecdotes. The nags-to-riches journey of Dream Alliance becoming a short-lived racing favourite doesn't exactly set the world alight, but it makes for some triumphant moments, like when Jan describes how the Eton-educated competition treated them all as commoners, only for Dream Alliance to claim a surprising victory.

And even if you aren't familiar with the Dream Alliance story - and quite frankly, I wouldn't be surprised if you didn't particularly want to be - director Louise Osmond builds up enough tension and momentum to make you care about what happens in the final furlong of his career.

But at the end of the day it's still a documentary about a racehorse. Which doesn't even breathe fire out of its nostrils.

More:  Dark Horse The Incredible True Story Of Dream Alliance  Dark Horse  Louise Osmond
Follow us on Twitter @The_Shiznit for more fun features, film reviews and occasional commentary on what the best type of crisps are.
We are using Patreon to cover our hosting fees. So please consider chucking a few digital pennies our way by clicking on this link. Thanks!