IT'S GREAT WHEN YOU SKATE, YEAH 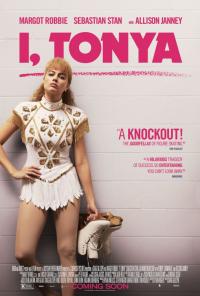 I, Tonya is a great nostalgia trip, not just because of the cringeworthy nineties fashions, throwback tracks and hair disasters, but because it's a reminder of an analogue age when one simple celebrity scandal could dominate the entire news cycle for weeks and months on end. What a luxury that would be today: in the current climate, where world-shattering scandals materialise and evaporate in the blink of an eye, staying abreast of current affairs basically consists of putting a shotgun marked 'NEWS' in your mouth and pulling the trigger. The 90s white trash of I, Tonya does have something in common with the white trash of Trump's America: both are incredulous stories of idiots committing their crimes out in the open.


You probably remember Tonya Harding: the disgraced skater, responsible for the metal pipe against the knee of her rival, who was banned from the sport of figure skating for life. What you remember is the Tonya Harding of the headlines; I, Tonya is an attempt to get to know the poor, abused victim behind the sequins and the punchlines. Director Craig Gillespie's spiky biopic is not an entirely sympathetic portrait, painting Margot Robbie's Tonya as a ruined but bullish product of a broken home, but there is some verve in its telling. With characters frequently interrupting and disputing each others' versions of events ("This is bullshit," intones Tonya to the camera, brandishing a rifle at her husband, "I did not do this") the cast skate around the truth with almost as much dexterity as they do the rink. 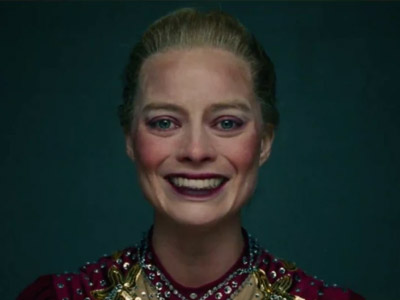 Footage of me watching the Winter Olympics.


It's a movie that paints with broad strokes and trades in larger than life performances, with a cast that are up to task; Allison Janney in particular excels as the pushy mother pitched several clicks north of 'De Vil' on the Cruella-o-meter. A result of such caricatures is that the movie's dialogue often feels cartoonish as a result - "Lick my ass, Diane!" being one of the more creative profanities in store - but it does have a lot of zip and there's fun to be had in the callous editing, like smash-cuts of hard drinking which hilariously undermine Tonya's various lies and excuses.

A few grace notes aside - one transition between a triple-axel and a boxing knockout is *chef kiss* - I, Tonya is a pretty ordinary biopic at its core but one that's elevated to a higher level by some talented character work. It reminded me a lot of Doug Liman's American Made, yet another stab at realising the American Dream and the various self-sacrifices that have to be made to achieve it. Like that movie, I, Tonya takes some liberty with the truth and prints the legend too, but really you suspect the filmmakers are just in it for the cool period music cues.

More:  I Tonya  Craig Gillespie  Margot Robbie  Sebastian Stan  Allison Janney
Follow us on Twitter @The_Shiznit for more fun features, film reviews and occasional commentary on what the best type of crisps are.
We are using Patreon to cover our hosting fees. So please consider chucking a few digital pennies our way by clicking on this link. Thanks!