It Was Fifty Years Ago Today! The Beatles: Sgt Pepper & Beyond

Where Ron Howard's Eight Days a Week ends, as the teenage screams die down after the last chord struck at Candlestick Park, Alan G Parker's new documentary begins. Timed to coincide with Sgt Pepper's fiftieth anniversary and hoping to catch the wave of tributes and looks-back that will go along with it, it takes us from the end of Beatlemania into the start of the studio years and through the recording of their most significant album. And it doesn't come near to doing it justice.

After their last paid performance in San Francisco in August 1966, the Beatles downed tools and took their first significant amount of time off for five years. George went to India with his wife Pattie Boyd, John went to film his part in Richard Lester's How I Won the War in Spain, where Ringo joined him for a bit, and Paul developed an interest in London's avant-garde music scene, then went to France and Kenya. For the first time, all of them had the chance to explore other things and be individuals. They didn't want to be pop stars anymore; they wanted to be artists.

On his way back from Nairobi McCartney had an idea: they could take on alter-egos, be a different band, become freed up to properly express themselves. The salt and pepper shakers he got with his in-flight meal gave him an idea for the name, too.

In January 1967 they began recording Sgt Pepper's Lonely Hearts Club Band, a sort of sonic backflip that carried over from their previous work only their natural ease with a melody, and threw everything else out the window. It revolutionised the idea of the album, previously thought of as a commercial outlet rather than an artistic one; just a way to compile songs that wouldn't sell as singles. The "take me seriously" period comes to most pop stars eager to show there's more to them than a haircut – and the press attitude that music for teens is to be dismissed, still widespread today, makes the urge understandable – but rarely does it lead to their best work; rarer still a record still lauded 50 years later. 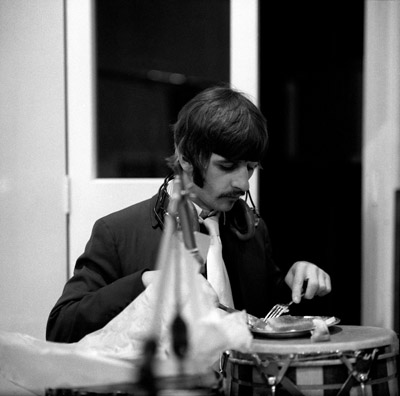 "I'll just be having me tea if you need me, lads."


So now: a string of tie-in shows across BBC TV and radio, a remastered box set with unheard outtakes, a clutch of broadsheet thinkpieces and Alan G Parker's film, a talking heads documentary. It's to be approached with sympathy as much as anything else, because you realise five minutes in how hamstrung he was in making it, through not having permission to use any of the music. I had an idea this was the case going in, alarm bells having rung when I watched the trailer, and it was confirmed as soon as the interviews started, backdropped first by generic Merseybeat, then by all-purpose sitar-and-mellotron psychedelia. It's all perfectly competent, co-written as it was by Andre Barreau, who knows a thing or two about the appropriate style having spent over 30 years as the Bootleg Beatles' George, but it lends it a cheap, televisual air.

There was always a chance that this would take it in an interesting direction, allowing Parker the freedom to lead a discussion of the album's cultural impact rather than focus on the songs and their composition. Too often, though, the film butts its head up against the wall of the music's absence, encouraging interviewees to talk about quite specific aspects of the songs without illustration.

The cast we've got on offer is a mixed bunch. Neither Paul nor Ringo is interviewed, and in many respects this offers it a bit of breathing space: we've heard them tell the stories a million times, and in any case Ringo's main memory of Sgt Pepper is that he learned to play chess in the studio because he had to wait around so much between laying down the basic drum tracks and doing any overdubs needed weeks later. We do get some very well-respected Beatle authors, like Hunter Davies, the only official band biographer there ever was, who was present for much of the recording; Philip Norman, a notably unflattering thorn in McCartney's side over the years; and Steve Turner, author of Beatles '66: The Revolutionary Year, ideally placed to discuss the transition from stage to studio. 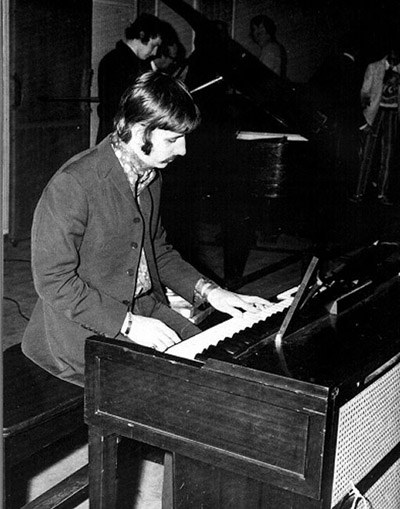 "Someone play him at chess, will yer?"


There are worthwhile insiders with new information too, like secretaries Freda Kelly and Barbara O'Donnell, but elsewhere the net is cast a bit too far. John Lennon's half-sister Julia Baird is talking about a period in which she had very little contact with him; Harrison's ex-wife's sister Jenny Boyd was a hanger-on; Buzzcocks guitarist Steve Diggle is there essentially because he likes the Beatles a lot. There is some interest in deviating from the standard Apple-approved anecdotes, but there's a danger in straying into the unsubstantiated.

Beatle history is littered with people who claim responsibility for lyrics or inspiration for songs, and authors spend a lot of time sieving out the bits that can't be corroborated. Fifty Years indulges this trend a little recklessly; Jenny Boyd repeats her claim that she was responsible for the title "Within You Without You", saying she found it in a book on karma and phoned George and her sister to tell them. This may be true, but it wasn't mentioned by Harrison in his account of writing the song or its lyrics. In dealing with such a culturally significant period, there's a responsibility to ensure verifiable accuracy as eyewitnesses become harder and harder to come by.

I'll watch most things about the Beatles, switching them off only if they're gratingly generic or have nothing new to say. Fifty Years is guilty of the former and of accepting too tough a challenge: to properly explore a hugely significant collection of songs without featuring any of them. When the makers realised they couldn't license any of the music, it would've been better to switch the focus to something outside the studio, like the Beatles' influence on and by the sixties counterculture, or why not one of the lesser-known stories from 1967, like the few weeks in July they spent planning to buy and live on a Greek island. I wouldn't accuse it of having nothing new to offer, because there are anecdotes here I haven't heard, but it can't escape what it is: a sort of karaoke rendition of a classic.

More:  Alan G Parker  The Beatles  Paul McCartney  John Lennon  George Harrison  Ringo Starr
Follow us on Twitter @The_Shiznit for more fun features, film reviews and occasional commentary on what the best type of crisps are.
We are using Patreon to cover our hosting fees. So please consider chucking a few digital pennies our way by clicking on this link. Thanks!