It wasn’t evil aliens that defeated the Justice League: it was facial hair.


Whether you followed the off-screen saga of Henry Cavill's million-dollar moustache or not, ignoring it on-screen is sadly not an option. Justice League starts with a flashback featuring Superman giving life advice to a couple of kids, but something is not quite right about the actor’s performance. Something is unsettling. It dawns on you, like a dawn of justice: Henry Cavill's mouth is not moving like it should. It's bloody CG. His whole mouth is photoshopped on. His top lip has gone rogue. His bottom lip had creative differences with the top. Each syllable flops lifelessly from his limp computer piehole until you can’t even hear his dialogue. This is how Justice League begins: with Superman wearing his own grotesque Bo Selecta facemask. 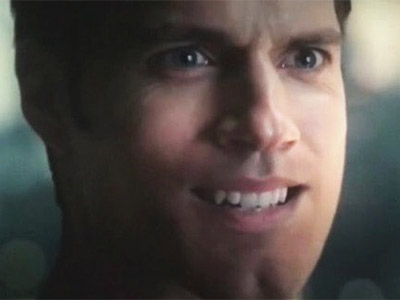 
This horrible patch-up job, the karmic blowback from filming extensive character reshoots just a few months before release, is symptomatic of a movie that at times can’t even seem to get the fundamentals right. Justice League’s production was tortured - and tragic - but that's par for the course for DC and Warner Bros, a studio that are paying the price of mimicking Marvel without understanding what makes their movies work. Joss Whedon can't save the movie alone: his attempts to add levity to the leaden script land like jokes added to a eulogy; hastily filmed inserts, closeups and dialogue redubs give the impression of a movie that didn't know what tone it wanted to strike until the day it was released. Say what you like about Batman V Superman but at least it was consistently depressing.

And to be clear, I wanted to like this movie. I am on your side, aggressive internet nerds! There are parts I enjoyed, mostly the scenes where Superman’s mouth wasn't trying to escape from his face. Ezra Miller's Barry Allen - rivalling Wonder Woman's boyfriend Steve Trevor for most boring first names in a superhero movie - is a welcome addition at first, trusted single-handedly to deliver the movie's entire comic payload. Over time however, even The Flash's quick wit starts to grate, and the rest of the movie leans on his comic crutch so heavily that when Miller's not on screen the rest of the film falls like Delboy through a bar. The hostage scene where veteran hero Batman tells newbie Allen he only has to save one life feels like a great way into the character, but the script is otherwise not particularly interested in that angle. Barry's screen dad, Billy Crudup, somehow manages to be the best thing in the movie with about three minutes of screen time, which says less about his performance than it does about everyone else's. 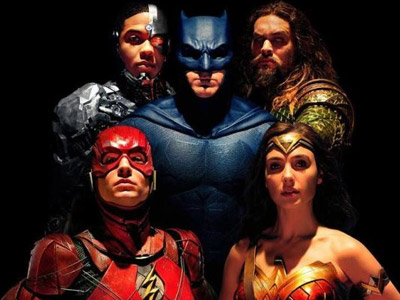 "Is this the real life? Is this just fantasy?"


For his part, Ben Affleck engenders the palpable "I'd really rather be anywhere but here" vibe the movie's cast exude, his sole notable contribution being a quite superb reaction gif in the final action sequence. To be fair, his Batman is a bit short-changed, upstaged by Wonder Woman and finding himself with his hands in his pockets more than he should. At one point, he tries to do a bit of old-fashioned gumshoe work recruiting Jason Momoa's boho surf dude Aquaman, but even that doesn’t work: "I planted a tracker on his coat," he tells Alfred, "but he took it off." The world’s greatest detective, everyone.

So, Justice League has two principle male leads, one of whom has a chin mo-capped by Andy Serkis, and the other who is barely present in any of his scenes. Then you have Wonder Woman, recast here as the team’s humourless babysitter, awkwardly extolling the movie's virtues with dialogue as heavy handed as her metal bracelets. Save for one underwater scene of exposition that suggests his solo movie is going to be real hard work, Aquaman is the Justice League's 'Nightboat', landlocked and constantly looking for a canal or an inlet or a fjord. Cyborg literally says the word "Booyah". The movie’s villain is named Steppenwolf and that's the most interesting thing about him; for reasons unexplained he’s voiced by Ciaran Hinds but embodied by no one, his face made of grey digital goulash. It’s not like he’s made of gas or a shapeshifter or anything else that would prohibit his portrayal by a human actor. He's just a big grey bloke, with an axe. Again, an 'F' for fundamentals. 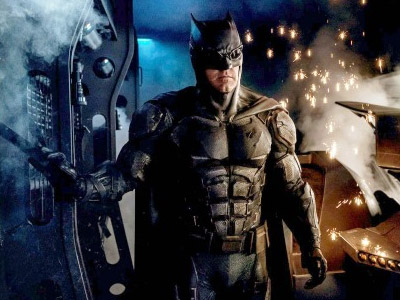 "I wonder if they still make that shampoo I like?"


By far the most disappointing aspect of Justice League is its lack of a sense of occasion. Marvel spent the four years between Iron Man and The Avengers carefully crafting an entire universe for its characters to inhabit; four years have also passed since Man Of Steel took flight, but DC have succeeded only in building a world that feels barren. Justice League should feel epic - instead it feels empty. Superman is brought back from the dead and alien demons from another dimension invade the planet, but you wouldn’t know it from the total lack of any human beings in the movie’s second half, save for one Russian family who were clearly parachuted into the movie about three weeks ago. Ordinarily a sub-two-hour running time would be welcome, but here it feels needlessly stingy - Justice League still bears the scars of judicious editing and feels like it has a phantom limb as a result.

If it was a tight and tidy two hours then I'd be more forgiving of Justice League’s flaws, but it's not, so I'm not. It’s dangerously uneven (some characters get multiple non sequitur intros) and the film still finds room for huge, gusty plot holes, which have presumably been left open to air out the smell of the shitty script ("I'm a big fan of justice," said Superman to an audible 'oof' from the audience). The simple fact is, while Marvel make new history, DC are stuck playing catch-up, fumbling iconic characters who have seen better days (reminder: The Dark Knight Rises is only five years young) and burning all the goodwill generated by those who haven't (Wonder Woman already feels like a relic). Frankly, if your cinematic universe is placed in jeopardy by a fucking moustache, maybe it's time you shave it off, take a lengthy timeout and go all in on another reboot instead.

More:  Justice League  DC  Superheroes  Zack Snyder  Joss Whedon  Ben Affleck  Henry Cavill  Gal Gadot  Batman  Superman  Wonder Woman
Follow us on Twitter @The_Shiznit for more fun features, film reviews and occasional commentary on what the best type of crisps are.
We are using Patreon to cover our hosting fees. So please consider chucking a few digital pennies our way by clicking on this link. Thanks!