Review: Game of Thrones bows out burning bridges, own fingers, everything

So now that the Marvel Cinematic Universe and Game of Thrones are at an end - two of the most popular, costliest and consistently epic franchises to ever exist in film and TV - and we've chewed over when and how to talk about them online, are we at some kind of 'spoiler event horizon' or a 'spoiler singularity'? I don't know either, just wanted to say something that sounded clever. Tits and willies and dragons eh, cor!


An amazing thing has happened. For the last month or so I've avoided the internet from Sunday night until the middle of the week, when I could finally watch the latest episode of this short final season of Game of Thrones. I'd fallen out with the series somewhere between season 2 and season 5. Whenever it was the Night King wasn't in it yet, Tyrion was in a rocky blotchy place with some guy who has sex with axes, and Jaime was capable of a double high-five without breaking someone's wrist. Things had become a bit Death of the Week and it lost me.

But with the buzz around the final season I got a Now TV sub and blitzed the bloody lot, timing it so I only had to pay for one additional month after the free trial expired (note to self: cancel). And yeah, Game of Thrones deserves all the plaudits it gets for raising the bar of world-building on TV. Remember that: it built a world with a tangible lineage to all things running through it. But Game of Thrones being good isn't the amazing thing - that's a given and we're spoilt and showing it. In exactly the last three weeks the conversation around it has flipped completely, and it's going to be something Game of Thrones is remembered for as much as the seven seasons of precise, slow-burning, top tier TV that went before. 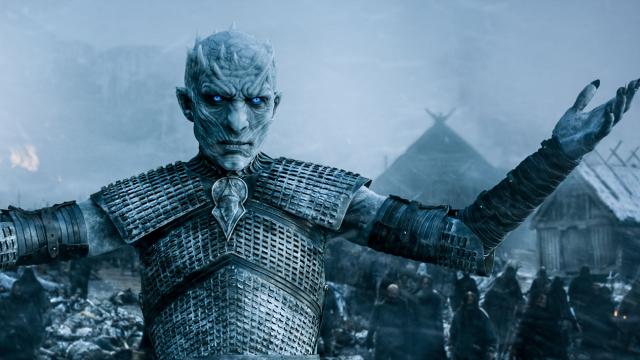 The Night King giveth nary a fucketh


To recap: the story arc for season 8 had two distinct humps split over three episodes each. First was dealing with the Night King, who got merked early on but not until after sending hordes of undead to lay waste to Winterfell, uniting Jon and Dany further in their grief in the aftermath. Then followed the problem of who should rule the seven kingdoms, compounded by Cersei Lannister hanging out in her big fancy castle with a scowl that would give Skeletor a run for his money, and Dany finally snapping because of bells or something.

Between this all the many character threads had to be concluded. I say 'had to' but did they really? For a sprawling organic world it feels very calculated that each character would suddenly run into their arch nemesis at precisely the right moment for maximum dramatic effect. I know, I know, it's fantasy, but a hallmark of Thrones' plotting has always been the slow burn, and when surprises do happen there's an air of inevitability. Contrivances don't happen here, and working backwards from the end shows.

This could quickly turn into a pile-on against showrunners/producers/writers/directors D.B. Weiss and David Benioff, and that would be easy. So let's do that. Has a show ever had its fans turn so rabidly against it before? Maybe Lost or Dexter, but those were final episode woes - this is an entire season of bile frothing over, with viewers left confused about missed opportunities to see reactions during pivotal moments, resolutions taking place off-screen, and nonsensical plot points. I won't attempt to list them here - you've all seen the memes. 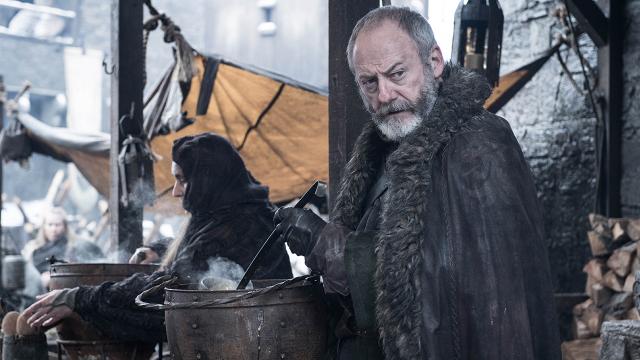 
Some are saying we'll never have TV like Game of Thrones again, but that simply isn't true - it worked, so of course it will be emulated. Effects will improve, scripts will be sharpened, women will be nuder and dicks will be longer. There are now dozens and dozens of people who know how to churn these shows out, as they have done for the past eight years. It will be industrialised. We don't even have to leave Westeros for our next megaseries. Like I said at the start, the world is volumised not with characters but with the familiar societal structures that only galvanise over time: rituals, taxes, religions, organisations - things that are larger than individual people.

The feeling running high is that these last handful of episodes specifically have gone against that grain in favour of shock character moments, and it's jarred with many viewers. Maybe in searching for a way to round off the characters Weiss and Benioff haven't given the audience enough credit for appreciating the subtleties of George R R Martin's foundations. Or maybe they just needed to end the show so they could go home. Everyone has their own theory, though, and they're all dying to tell you about it - a testament to the popularity of the show. Maybe.

Once the noise has died down the closing chapter of Game of Thrones will be seen as either a massive clusterfuck or a huge triumph, or one then the other, then back again. There will be no in between - we won't allow there to be because the internet deals only in love or hate, approval or disappointment, and we love getting up to our neckbeards in both. What is assured though is event TV is going to change entirely, because what we'll never have again is a time when spoilers won't openly be discussed as soon as an episode is aired, like a common episode of The X Factor. Forget fantasy going mainstream; hate-watching is now the default viewing mode, and this will be the real legacy of Game of Thrones.