Review: Tenet once again shows that Christopher Nolan is ahead of his time 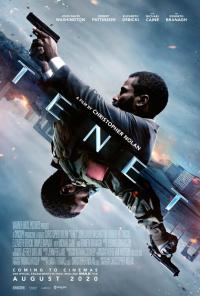 In case anyone still hasn’t realised it yet, Christopher Nolan loves time. He loves it soooo much. He wants to marry time and have sweet little pocket-watch babies. He wants to go to prison so that he can ’do’ time. Because if he’s not telling an entire film in reverse chronological order like in Memento, or revealing multiple flashbacks within flashbacks like in The Prestige, he’s creating a story in which three separate narratives that run over distinctly different time periods all unfold simultaneously, like in Inception and Dunkirk. Time is Christopher Nolan’s life, and he is having the best of it. Which is why Tenet can easily be seen as the most Christopher Nolan film that Christopher Nolan has made so far - it brings this particular favourite theme of his into sharp focus. Frankly, It’s about time.


It’s frustrating though that, for a film so occupied with time, everyone in it acts like they don’t have any. Characters interact like they’re deliberately trying to step on each other’s lines, all while discussing the hugely complex ideas that form the basis of Tenet’s plot. And there’s never an easy recap. No 'breaking it down using a handy visual aid' sequence for those in the back row. This film isn’t interested in pausing so that you can get up to speed. No, you’re on Christopher Nolan’s clock now and he has approximately 9,000 of them, so you’d better keep up.

It does mean that, at least for the first hour or so, the film is quite bewildering. Not because it’s difficult to follow the action, but because it’s hard to understand why any of it is even happening. John David Washington’s 'Protagonist' is charged with a mission - to follow the word 'Tenet' - without having any information about what that means, what the objective is or who he’s working for. And he takes to it with aplomb, making contact with Robert Pattinson’s man-on-the-ground Neil and then launching huge-scale operations with all the confidence of a drunk James Bond strutting into a casino with a wallet full of fifties. While Washington is a joy to watch, blagging and punching his way throughout the various initial steps of his truly impossible mission, it’s difficult to reconcile this extremely capable agent - who seemingly always has an answer for everything - with the fact that he doesn’t actually have a clue about why he’s doing any of it. 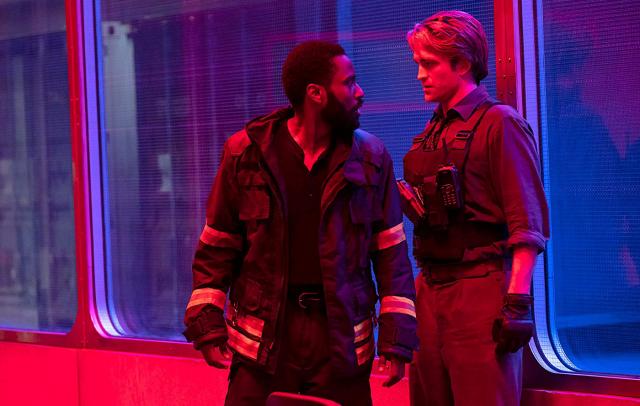 
To make things even more challenging, these first stages of the film’s plot seem too far removed from the ultimate set-up. After a brief introduction to the film’s central premise – a future technology has the ability to reverse an object’s entropy so that it experiences time in reverse – The Protagonist embarks on a needlessly convoluted plan that involves a forged drawing, an enormous plane crash, an extremely dangerous heist and an undercover alias. All of this is just to get close to Kenneth Branagh’s Russian arch-villain, the source of the time inversion technology, via his abused wife, Elizabeth Debicki. To get CLOSE to him. That’s it. To get close to him so that he can then start to figure out what’s going on. This takes at least an hour of the film’s two-and-a-half-hour runtime.

There’s also a danger these days of treating Nolan like an infallible master of cinema. Don’t understand what’s happening? Then either you’re too stupid to 'get' Nolan’s vision, or he simply doesn’t want you to understand yet. You are merely a marionette hanging from Nolan's hands in his theatre of comprehension. It couldn’t possibly be because the film has been made badly. Christopher Nolan doesn’t make errors of judgement. Mistakes are just another theme you have correctly identified in the latest instalment of Christopher Nolan’s cerebral adventures. 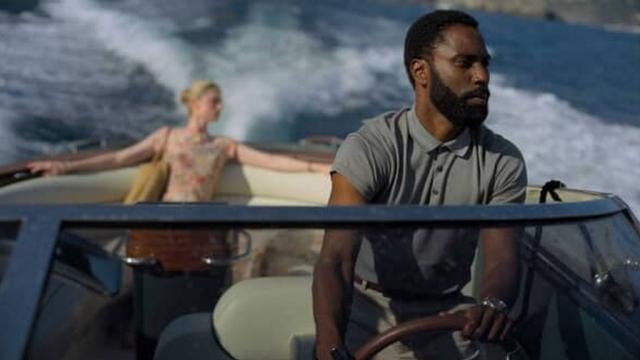 Get it? It's a SPEEDboat. EVERYTHING IS LINKED.


And, to be honest, come the film’s end, all of this is actually quite fair. Because the last half of the film, which sees The Protagonist experience time inversion first-hand and really grapple with the concept, redeems the first. The story only gets more complicated, certainly, but it also fully explores its own premise and, by the time the credits roll, satisfyingly brings about a resolution that sheds light on any previous confusion, while still offering some surprises and opportunities to theorise as well. If you’ve been able to keep up, that is.

At the same time it cannot be understated that Nolan once again delivers jaw-dropping sequences that have never been seen in a film before and will likely never be seen in a film again. While Tenet is built on Bond tropes and tired action clichés (including a restaurant kitchen fight scene that actually is unusually unexceptional for Nolan), they’re clearly used here as a foundation to explore the original sci-fi concept at large. This in turn breathes new life into truly spectacular brawls, stunts and car chases in which the direction of time can turn at a moment’s notice.

All in all, there’s a lot to unpack in the movie. Too much, surely, for any reasonable filmmaker to subject his audience. But ultimately it works. It might take a second or third viewing, a shitload of Googling and a few years of fan theorising to connect all the intended dots, but Tenet is a complete package. And this finished, polished, detail-oriented product is worthy of in-depth follow-up thinking. A full understanding and appreciation of everything that happens in Tenet might not be immediate, but it does feel inevitable. It’s just a matter of time.

More:  Tenet  Christopher Nolan  John David Washington  Robert Pattinson  Elizabeth Debicki  Aaron Taylor-Johnson  Kenneth Branagh  Michael Caine
Follow us on Twitter @The_Shiznit for more fun features, film reviews and occasional commentary on what the best type of crisps are.
We are using Patreon to cover our hosting fees. So please consider chucking a few digital pennies our way by clicking on this link. Thanks!