Review: Wonder Woman 1984 is here to remind you about idiot nonsense cinema 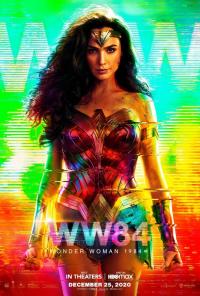 Coming right in the final throes of a horribly unheroic year, the long-awaited sequel of the best reviewed film of the DCEU - and the only true superhero movie to be released in 2020 - should be a slam dunk. Tenet aside, the year has been utterly devoid of blockbuster spectacle and we haven’t been able to measure our cinematic expectations in major franchise instalments like we normally would, resorting instead to counting Netflix hits and misses. So, whether it’s being watched at an IMAX or on an iPad, Wonder Woman 1984 really couldn’t have hoped for a more receptive audience. Sadly, any assumptions that this would guarantee a great movie experience is purely wishful thinking.


Almost as if trying to fill the comic-book movie void singlehandedly, Wonder Woman 1984 is too much movie. Its 151-minute runtime frequently feels unnecessarily drawn-out without much in the way of action set-pieces to punctuate the story. A twofer of thrilling opening sequences sets an optimistic pace that the rest of the film simply can’t sustain once it has introduced its central premise: a 'Dreamstone' with the ability to grant wishes is being used for nefarious motives leading to catastrophic consequences. If, one hour into the film, you realise you haven’t seen much actual Wonder Woman action, you don’t have to look far to see the reason why: she doesn’t have anything to fight. It’s not as though she can flip through the air, swing a lasso round a skyscraper and slow-mo skid across the ground to kick a 'wish' in the nuts, is it?

The film’s ambiguous villainy centres on Pedro Pascal’s Max Lord, an oil developer con man/opportunist with a fear of being a failure and looking like a loser to his young son. It seems clear that all his actions are driven by a desire to be rich and successful and powerful, and yet when he tracks down the Dreamstone, he immediately wishes... to become the Dreamstone? This then leads to Max granting other people’s wishes in return for them paving the way for his own success, all while it is relatively vague as to whether he is aware of the chaos he is creating in the process.

"
"
The fact that Diana and Steve then almost immediately have sex raises horrifying issues of consent
A more tangible antagonist comes in the form of Kristen Wiig’s Barbara Minerva, a klutzy colleague of Diana’s who is desperate for social interaction. She uses the dreamstone to wish to be more like Diana, not realising that, along with all her boldness and strength and sexiness come special Amazonian warrior-God powers. While Barbara’s timidness and reluctant loneliness contrast neatly with Diana’s own confidence and voluntary solitude (apparently still grieving after some 66 years), her actual characterisation is lazy and borderline insulting. For a sequel to a film that subverted patriarchal superhero tropes to champion a more feminist perspective on the genre, it is quite disappointing that Barbara’s first interaction with Diana is a compliment to her shoes. From there, her character arc goes from making bolder fashion choices to - quite improbably - wishing to become an "apex predator" purely so that she can complete her cringy CGI transformation into the established comic-book baddie Cheetah. 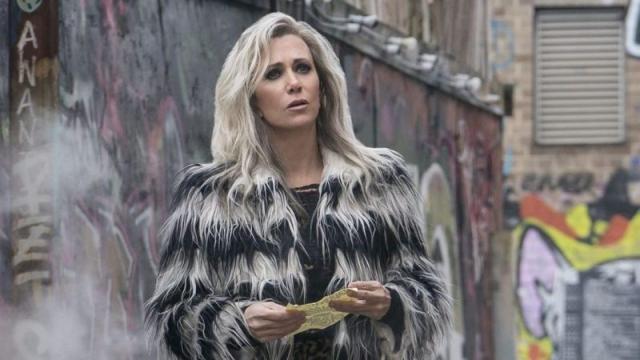 I would never suggest that the costume dept had it easy on this film but...


And yet, neither of these bad guys are responsible for the film’s biggest troubles. These come instead from Diana’s own wish to be reunited with Chris Pine’s dead-but-still-hilariously-dull-named Steve Trevor. His return is problematic at best, in that he is resurrected in somebody else’s pre-existing body, seemingly displacing the consciousness that was already there without any consideration given to that poor person or his own life. Thanks to the power of movie billing and Hollywood stardom, we see the man as Chris Pine - which is how Diana sees him - but this masks a more terrifying notion: Steve Trevor is wearing another soul’s physical anatomy like a fleshy meat costume. The fact that Diana and Steve then almost immediately have sex raises horrifying issues of consent that would be questionable in any contrived sci-fi film, but feel particularly contentious for the otherwise considerate and progressive movie character of Wonder Woman.

It does at least give the film an opportunity to recapture the charm and chemistry between Gadot and Pine. The latter is now in the fish-out-of-water role as Steve effectively time-jumps from WW1 (both Wonder Woman and World War) to WW84 (just Wonder Woman) and finds himself faced with the 80s-set societal, technological and, in one quite brilliant montage, fashion changes that have evolved in the meantime. Pine’s comic sensibilities in these scenes provide the majority of light relief alongside the film’s real strength - Gadot’s undeniable screen magnetism and the charismatic earnestness she portrays - but it feels like the balance between humour and epic stakes isn’t quite right. This is particularly emphasised when Patty Jenkins continues her tendency in the first film to stage shots of Wonder Woman as momentous iconography that often come across as just hammy, all while Wiig’s casting ultimately goes wasted. 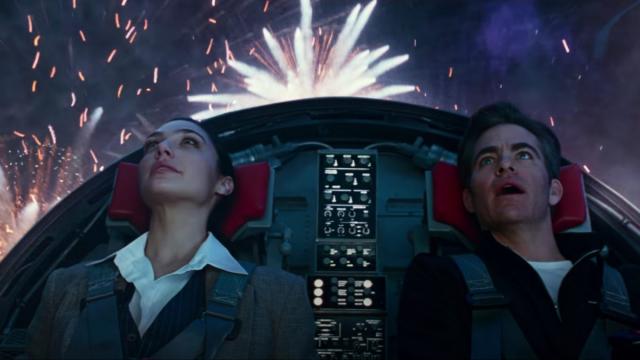 The saviour of cinema in 2020: that YouTube footage of a drone flying through fireworks.


The big hitters of the DCEU always tend to focus on big themes rather than character moments though, and the same is true here. The opening scene in which Diana as a little girl competes in a kind of Themysciran Olympics only to inadvertently take a shortcut leads to an important life lesson: you don’t really win if you take the easy route. There is supposedly a through-line here with the central message of the movie, the supposed curse of wish-fulfilment, but it is muddled with other related messages delivered at the same time: you should be careful what you wish for, that you should be grateful for what you already have, that you need to take responsibility for your own actions and, perhaps most importantly, Wonder Woman can only help those that are willing to first help themselves. With no clear focus on any of these, however, none of them ever properly land.

So instead this sequel feels like lots of missed opportunities to explore other ideas relevant to Wonder Woman’s perspective. Should Diana learn that her own happiness doesn’t have to be tied to her male love interest? Is it right that Barbara feels intimidated by her only female friend? With a Trump-inspired rise from television personality to presidential platform, what does Max Lord’s character say about patriarchal power, particularly during an 80s-set period of capitalism and excess? What does it mean that Wonder Woman's hair becomes more bedraggled as she starts to lose her powers?

Certainly there’s no need for Wonder Woman 1984 to address these particular themes, but on the whole it does feel like it fails to be as progressive in the genre in the same way that the first film was. Still, is it a relief to once again enjoy a major blockbuster movie in an otherwise cinema-lite year? Of course. Does this mean that the film isn't a slow, illogical dud? You wish.

More:  Wonder Woman 1984  Wonder Woman  Gal Gadot  Patty Jenkins  Chris Pine  Kristen Wiig  Pedro Pascal  DC  DCEU  Justice League
Follow us on Twitter @The_Shiznit for more fun features, film reviews and occasional commentary on what the best type of crisps are.
We are using Patreon to cover our hosting fees. So please consider chucking a few digital pennies our way by clicking on this link. Thanks!