Review: X-Men: Dark Phoenix is an unevolved end to a once super franchise 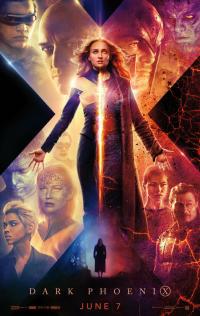 So now the X-Men franchise comes to an end. Since that first ensemble movie was released 19 years ago, the property has launched 12 films (13, if you count the still-to-be-unshelved The New Mutants) and has not only become a staple of the superhero genre in the process, but helped set the template for how to do this kind of movie well. And here we have the last instalment; the final chapter that, surely, the entire saga has been working towards for nearly two decades: a fourth-film reboot set in an alternate timeline remaking the same story from the third film of the original movies. It’s the only conclusion we’ve ever really wanted!


To be fair, the X-Men’s movie curtain call seems to have come about from contractual developments with Disney rather than any forward planning, and so it’s presumably fair to say that this film was never meant to be the final act. Although, you could argue that, following the dismal X-Men: Apocalypse, it could have played the odds on that a little better than it has. Either way, you could say that X-Men: Dark Phoenix is a victim of circumstance. The franchise has evolved in such a way that this convoluted rebooted rehash of a story last told just 13 years ago is somehow the best choice for the plot of the latest film, just as frequent X-Men producer and writer Simon Kinberg is apparently the best choice for director, despite having little-to-zero experience. This is, it seems, Natural Selection at work, but never has there been a better argument for Intelligent Design instead.

Because the end result is ultimately unremarkable. Whether you liked them or not, the last two films addressed larger ideas, albeit with varying success: time-travel to bring the two franchise versions into a cohesive whole, and then an ancient all-powerful baddie who turned out to be the very first mutant, bringing the premise full circle. Either of these could have arguably made for an interesting story to round-off the whole saga, but what we have instead is a film that rarely feels like it is doing anything fresh or new. If the films have, like the mutant gene, evolved over time, then this instalment is an evolutionary misstep, like the duck-billed platypus, or Vin Diesel, and if survival really is of the fittest, then maybe it’s no surprise after all that the X-Men films as we know them are ending with this one. 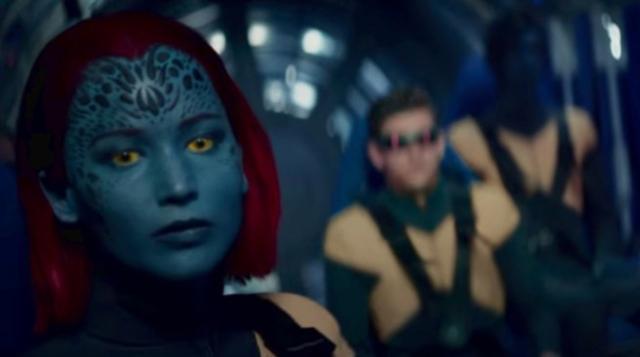 Jennifer Lawrence is so clearly done with this shit.


On a more positive note, the film actually starts with a lot of promise. The X-Men are sent into space to save a NASA mission gone awry, and Kinberg wrings a lot of tension out of the daring teleportation rescue that ensues. Meanwhile James McAvoy’s Professor X is set up with a major character flaw that has existed in the comics but always been absent from the wise, do-gooding Charles Xavier of the movies: he has developed a harmful ego. For the first time, we are seeing the X-Men leader willing to be reckless in order to be celebrated as a hero. It puts an interesting lens on the character and makes for a compelling theme: Is it more important for mutants to be seen as a force for good than it is to keep them safe from harm? Should they have to be willing to sacrifice themselves just to be accepted? These are very difficult questions to answer, so you can almost appreciate Kinberg’s complete avoidance of any attempt to do so.

"
"
Dark Phoenix is a middle-tier movie that tails behind the rest of the herd
Instead, we get aliens. On the one hand, it’s admirable that this film so freely throws itself into galactic territory without question. Maybe the MCU has helped to pave the way, but you have to imagine that outer-space peril is an incredibly difficult concept to introduce into a franchise that has mostly dealt with social and inner conflict, and Kinberg does it effortlessly. On the other hand, it is far less interesting. Particularly when the entire threat is embodied by Jessica Chastain, playing an emotionless, anonymous ET with an unclear agenda. Chastain’s bored, expressionless face is all of us watching this film. She’s a spectator showing no sign of understanding why she is even there in the first place, and her expression truly represents the film’s major problem: it feels entirely inert.

In particular, almost every action set-piece takes place with very little actual action. Most of them are built around characters fighting each other with evenly-matched powers that they control with their minds, leading to stretched out sequences of people just straining really loudly while things crash around them. There’s a whole scene dedicated to Sophie Turner’s Jean Grey and Michael Fassbender’s Magneto trying to take control of a helicopter from each other using just the power of outstretched arms and bulging neck muscles. It’s at times like these that you realise why these films really miss the snikt of a good Wolverine.


The film does at least put to rest one upfront concern: Sophie Turner is actually a far better actress than most would give her credit for at this stage, and she ends up being perfectly capable of carrying the majority weight of this blockbuster movie, albeit in what is just the largest role of an ensemble cast. Her portrayal of Jean Grey has layers of sensitivity and fragility where required, before resorting to the full-blown rage that the film’s frequent inaction scenes demand.

It’s not enough to grab attention though, and the upshot is that we have a film acting as the last in the franchise, but doing so without any sense of ceremony. It’s a middle-tier movie that tails behind the rest of the herd, and it’s easy to see why it’s been so easily picked-off and attacked by critics. Not because it’s the worst, but because it does nothing of worth. If this film were a mutant superpower, it wouldn’t be telekinesis or invincibility; it would be whatever it was that Will.i.am did in the first Wolverine movie. In the evolutionary stakes, it’s the pinky toe of the X-Men films. Coming at the end of a once-great film property, it turns out that this un-X-ceptional closing chapter is actually just an appendix.

More:  X-Men  Simon Kinberg  Sophie Turner  James McAvoy  Nicholas Hoult  Michael Fassbender  Jessica Chastain  Tye Sheridan  Jennifer Lawrence
Follow us on Twitter @The_Shiznit for more fun features, film reviews and occasional commentary on what the best type of crisps are.
We are using Patreon to cover our hosting fees. So please consider chucking a few digital pennies our way by clicking on this link. Thanks!