All you need is love, actually

A common pub argument I have with a friend of mine is that the Beatles weren't as influential as everyone makes out. I tell him there weren't bands before the Beatles; just solo singers and backing groups. I tell him that artists didn't write their own songs before the Beatles. I tell him that the album wasn't an artistic endeavour before the Beatles; just a commercial ruse to package up a hit single or two with some filler and sell them again. He still won't have it. Obviously he is an idiot, but I hope to Christ he never sees Yesterday, because it'll only strengthen his wildly incorrect view. While it does have at its heart the idea that this was the most special collection of songs ever written, it overlooks that what the boys gave us all wasn't just the songs: it was far more than that.


Because what's missing from Yesterday, quite apart from the most crucial thing – the sound of the band actually performing the songs – is any notion of how the world would be different culturally, perhaps even temperamentally, without them. Once Jack wakes up after the underexplored "event" which causes the Beatles to be erased from history, the world is largely the same, only without their songs in it. Coldplay and Ed Sheeran exist, somehow. (As my friend rightly points out, if I'm going to claim their influence on pop music as we know it, I have to accept it on its atrocities too.) A character has a Britpop-style haircut and wears a Fred Perry, items whose mainstream acceptance owes something to the Beatles, as do corduroy, teenage female sexual expression, working-class British accents, and yoga. You might argue that things like this would probably have gained cultural traction somehow without them, and maybe you're right, but the point is that it's impossible to imagine how different things would've been. Yesterday takes the approach of simply not bothering to.

Much like in one of those sixties documentaries where they haven't got the rights to the music, and so images of dancing teens in sports jackets are backdropped by generic Merseybeat, then later everyone sits on lawns in kaftans to droning sitars and swirling paisley, you really feel the absence of their performance. Himesh Patel has a nice enough singing voice, but they're covers, and I can't hear them without missing the little bits that make them special: Paul's "one-two-three-FAWH!" count-in on I Saw Her Standing There; John's "ahhhhh!" lead-in to the final chorus on Ticket to Ride; Ringo's frantic intro to She Loves You. 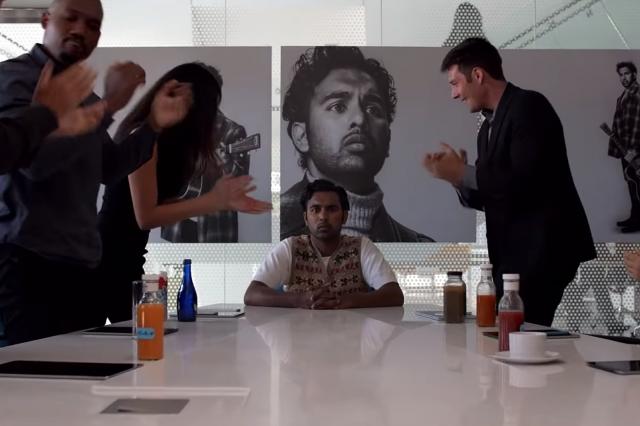 "Congratulations, Jack! Don't Pass Me By: another masterpiece."


The narrative question this raises is one the film doesn't address, probably because it would upend its entire reason for being: are the songs themselves sprinkled with such a unique stardust that it doesn't matter who performed them? Would an artist releasing them now do as well as Jack does? I think the answer's probably no, but there's maybe something in the idea that we think of them as special partly because they were formative. In Jack's new world, presumably someone else would've filled their shoes and be the ones everyone thinks of as the template. So to the record-buying public, Jack might be seen as a special talent, but not the greatest thing anyone's ever heard.

What you have in amongst all this is a fairly typical Richard Curtis narrative in which a diffident male lead is rewarded for being unassertive, then ultimately comes to question his suitability for this reward. There is the usual Curtisian thinking about women: to its credit, not the "trick a woman into sex" trope he's a bit overkeen on, but the idea that women are happy to hang around for the cordial but indecisive man to get his act together, and will then cheerily drop everything for him and fall into his arms once he finally gets around to expressing his feelings, because their own life plans aren't valued by the story. These less palatable features are always whitewashed (pretty effectively, I find) in Curtis films by his skill at overall feelgoodery, and little morsels of Blackadder-style interplay he allows you every now and then, reminding you how his sitcoms had a comic rhythm all of their own and how influential that's been.

And there are two things that do elevate it: Kate McKinnon's typically excellent turn as Jack's rapacious manager, recognising him as a goldmine and wanting to rinse him for dollars, which gives us the villain the story badly needs beyond Jack's own self-doubt. And Himesh Patel, whom I was delighted to see announced as the lead, because I spent years watching him as Tamwar, expertly finding little comic beats that didn't exist in the Eastenders script and carving out a space for himself in it. The role requires him to demonstrate that Jack has potential but has given up on himself (it would be quite different if he was shown to be an awful songwriter before The Event), and he brings just the right level of beta male authenticity to it. 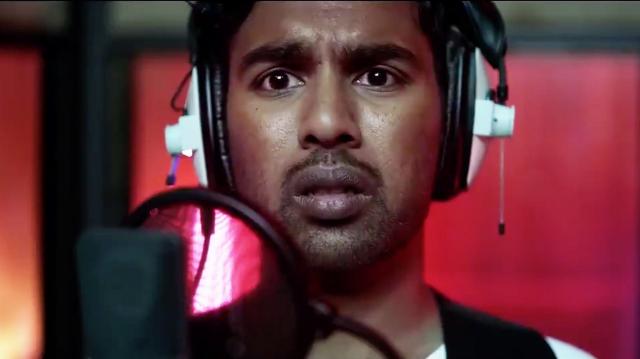 Tamwar is over, if you want it.


A scene near the end got me a bit choked up but raised questions that complicate the story further (at what point in the alternative timeline did the Beatles "not happen"? Was Woolton Village fete rained off in 1957? Did young Richard Starkey succumb to peritonitis as a child? Did Brian Epstein not bother to go to the Cavern on his lunchbreak because he had to go to the Post Office?) and it sums up the whole thing: a bit of a wasted opportunity all in all, in which every step forward makes you question the mechanics a little more. Getting the rights to use a stack of Beatles songs for a project like this doesn't just happen if you hand over enough cash: Apple are very protective of the legacy and the brand, and nothing's allowed to compromise it. So when you've got the chance, you need to do more with it than Yesterday does.

The net effect of Bohemian Rhapsody, for all its obvious flaws, is that it seems to have introduced a new generation to another wonderful clutch of songs they were unaware of, but if Yesterday was intended to do this (which would be interesting to know: there's an obvious campaign at Apple to keep the Beatles in the public consciousness through remasters and sanctioned film product) it should fail to. There's a point, when the end credits are scrolling and if you've got anything about you you've remained in your seat to listen to Hey Jude, sung by Paul Actual McCartney, wailing his ad-libs into the coda through huge cinema speakers, that you think, Christ, this is a good song. And you feel relieved. Because for the last two hours, you were in a world where you could only listen to it sung by someone else, but not in one that recognised just how much it's enriched us all.