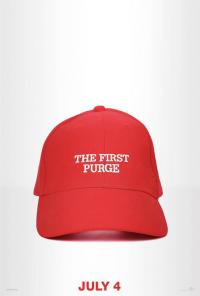 The Purge is an odd, scrappy sort of franchise that's stumbled clumsily into the zeitgeist without so much as taking its mask off. The first movie, released in 2013 in the middle of the Obama administration, was a high concept home invasion thriller that preyed on the fears of suburban white folk, starring Ethan Hawke, the most Caucasian man in the observable universe. Now, after five years, two sequels and one particularly flatulent Trump, The Purge has flipped its racial politics completely: starring an almost total African-American cast, prequel The First Purge has aligned itself with black fears of a government out to extinguish them. It’s quite the position for a low-budget horror movie to take (studio Blumhouse were also behind Get Out, another racially charged genre picture that blew up), but this prequel never quite fulfills its brief of winding back the clock to ask why America felt the urge to purge in the first place.


Like 2016's ludicrous sequel The Purge: Election Year, the political messages here are delivered with all the subtlety of a giant foam finger. Unlike its predecessor, however, The First Purge does at least attempt to further the franchise by going back to its roots. We join residents on a locked-down Staten Island just days before the titular psychological experiment, where for 12 hours, all crime is declared legal ("including murder!" as per the ever-helpful qualifier) but anyone brave enough to stay put gets a paycheque - and anyone who purges gets a cash bonus. It's a fun quirk when citizens initially spurn murder and looting in favour of 'Purge parties', but the political party behind the event - the New Founding Fathers Of America, aka Donald Trump's Super White Religious Party for White Guys - decide to skew the data by sending in hired mercenaries (dressed like the Charlottesville protesters) to up the kill count. Given the glee and the speed with which the bodies rack up, you get the feeling the filmmakers share the same bloodlust. 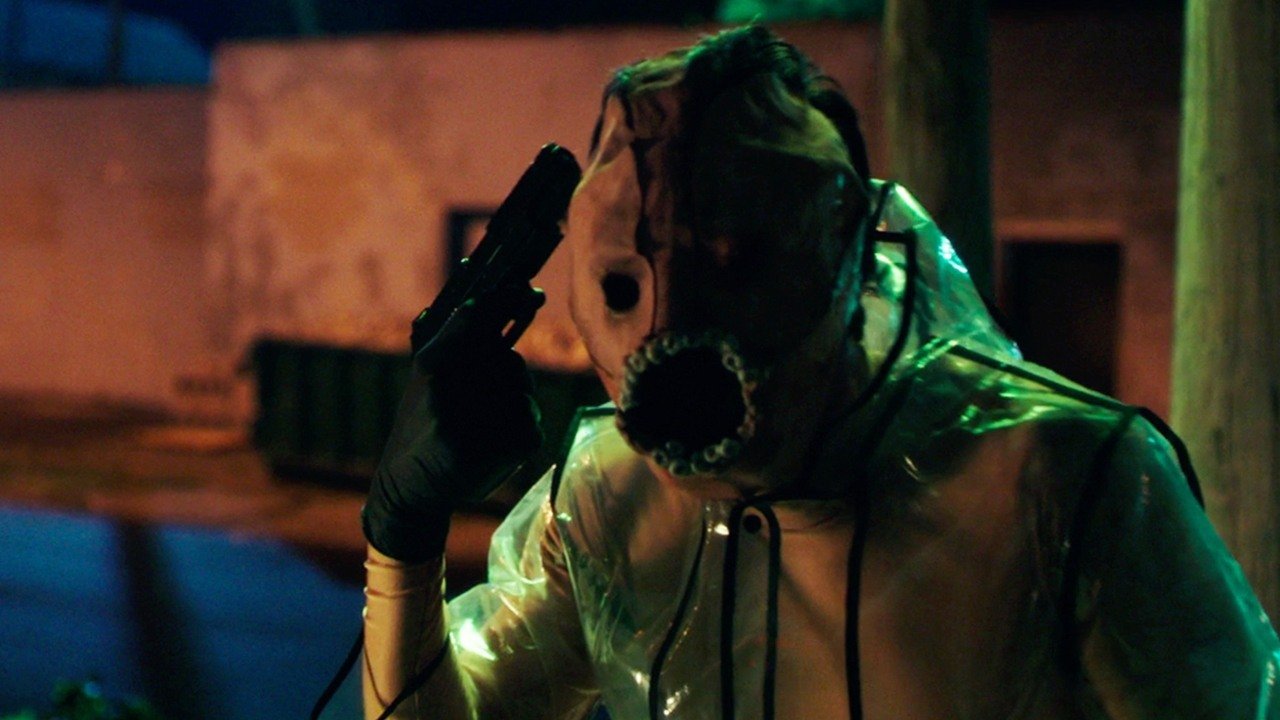 ...and fetish for masks. This is just impractical.


There is mileage in the concept still; the parallels drawn between kids working street corners for cash and people purging so they can make rent are pertinent ones. The cast is also home to some interesting characters, including local gang lord Dmitri (an assured performance by newcomer Y'lan Noel), by all accounts a thug and a gangster but nonetheless a community man who makes the Purge for an exercise in population control. He's no Stringer Bell and we’re a long way from The Wire here - young kid Isaiah complains there's "no way out" of his life of crime, despite being offered a legitimate job that very morning - but The First Purge goes beyond the call of duty when it comes to grounding a grimy horror franchise in a believable reality.

"
"
There are kernels of good ideas rattling around the bag that go unpopped
The first half of the movie does a decent enough job of establishing the set-up, even if it does skimp on details, but the remainder of the run time is depressingly dedicated to guns, guts and gore - just like every other purge. At one point, a news reporter asks why purgers wear masks ("Are they ashamed of their violent acts?") but it’s clearly because no one can deliver this dialogue with a straight face. Marisa Tomei plays the behavioural scientist who created the Purge but she's lumbered with a clunky script and a rather abrupt moral handbrake turn; "What have I done?" she asks obliviously, when the murderers in her murder experiment start murdering people. If you were hoping for some real insight into what could make a bent and broken nation finally snap, you won’t find it here. 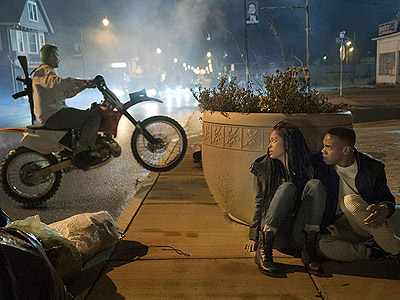 Turns out Deliveroo is to blame.


As per the other Purge movies, there are kernels of good ideas rattling around the bag that go unpopped, which proves there's still life in the concept - and the proposed ten-episode Purge TV series, airing in September and set between purges rather than on the night itself, might yet give the franchise the depth it craves. For now, The First Purge is seemingly content to keep the corpses coming and the politics at arm's length - just try and suppress your smile when one of the assailants is labelled a "pussy-grabbing motherfucker".

Additional observations:
- I must say, I had way more fun watching Election Year than I did The First Purge, despite the fact this is clearly the better film. Election Year is a special kind of bad, whereas this doesn't even have the decency to be awful.
- The guy in the leather outfit and the gimp mask. Was he supposed to be somebody? Someone from the other movies? Did I miss something? What's happening?
- I still think the main crime that most men would commit if The Purge was real would be running around with their dicks out.
More:  The First Purge  The Purge  James DeMonaco  Gerard McMurray  Ylan Noel  Lex Scott Davis  Ylan Noel  Joivan Wade  Marisa Tomei
Follow us on Twitter @The_Shiznit for more fun features, film reviews and occasional commentary on what the best type of crisps are.
We are using Patreon to cover our hosting fees. So please consider chucking a few digital pennies our way by clicking on this link. Thanks!